Actor Park Bo Gum, known for his kind and affectionate personality, warmed hearts when he carried out a thoughtful gesture on Jung Joon Ha’s birthday.

During the April 22 episode of “Infinite Challenge,” Yoo Jae Suk revealed that Park Bo Gum celebrated Jung Joon Ha’s birthday while the other cast members had forgotten about it due to their busy filming schedules. 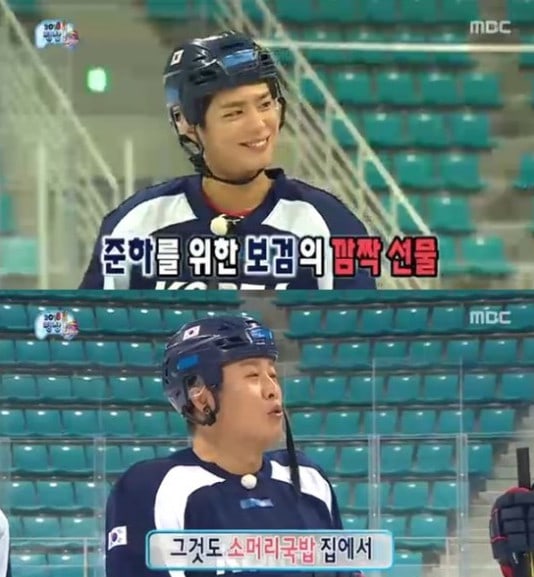 As soon as Park Bo Gum discovered that it was Jung Joon Ha’s birthday, he went out and prepared a birthday cake for him.

The actor then surprised Jung Joon Ha with the cake while singing him “Happy Birthday.” 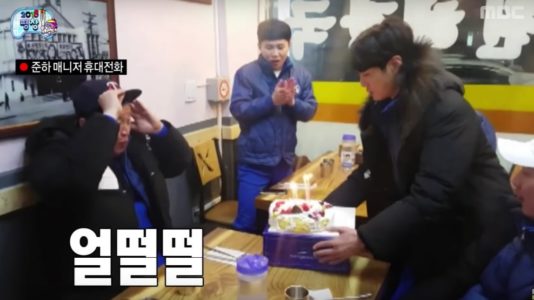 Touched by Park Bo Gum and his kind act, Jung Joon Ha expressed, “The rumors of you are all true. You really are warm-hearted.”

Jung Joon Ha later posted a photo to his Instagram with the caption, “Park Bo Gum is seriously so nice!! He’s so cool and lovable!! Even though he’s younger than me, I have so much to learn from him!!”

Meanwhile, you can check out the latest episode of “Infinite Challenge” on Viki!