The teaser poster for Song Hye Kyo and Park Bo Gum’s upcoming drama has been revealed!

On November 2, the first poster for tvN’s upcoming Wednesday-Thursday drama “Encounter” was revealed. Song Hye Kyo is resting her head on Park Bo Gum’s shoulders, emphasizing the romantic and warm energy between the two. 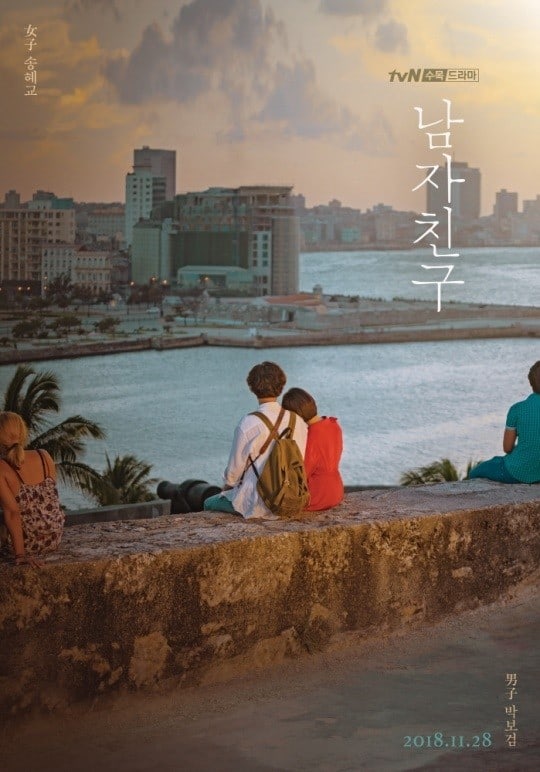 “Encounter” will tell the story of the romance between a woman named Cha Soo Hyun (played by Song Hye Koy) who has never lived for herself and a man with a pure and free soul named Kim Jin Hyuk (played by Park Bo Gum).

The revealed poster shows the affectionate and sweet feelings that the two people have towards each other as well as their soft and calm energy through the romantic setting that looks over the sea and the sunset.

The production team of “Encounter” stated, “Song Hye Kyo and Park Bo Gum’s romance that started in an unfamiliar place through a chance encounter will make viewers’ hearts beat fast. The couple’s story, which is just as warm and exciting as the teaser poster, will begin on November 28. Please look forward to ‘Encounter.’”

“Encounter” will premiere on November 28, after the finale of “The Smile Has Left Your Eyes.” Stay tuned for more updates!

You can watch “The Smile Has Left Your Eyes” on Viki below!