On November 19, the upcoming romance drama released new photos of Park Bo Gum in his starring role. The actor will be playing Kim Jin Hyuk, a cheerful free spirit with a pure, innocent soul. After a chance encounter, he ends up falling in love with Cha Soo Hyun (played by Song Hye Kyo), a woman born into privilege who has never been able to lead the life she truly desires.

Jo Hye In, an old childhood friend of Kim Jin Hyuk’s, harbors feelings of love and affection for him, while Lee Dae Chan is someone who has always remained by Kim Jin Hyuk’s side and watched over him. The three friends look relaxed and completely at home with one another as they hang out at Lee Dae Chan’s restaurant. 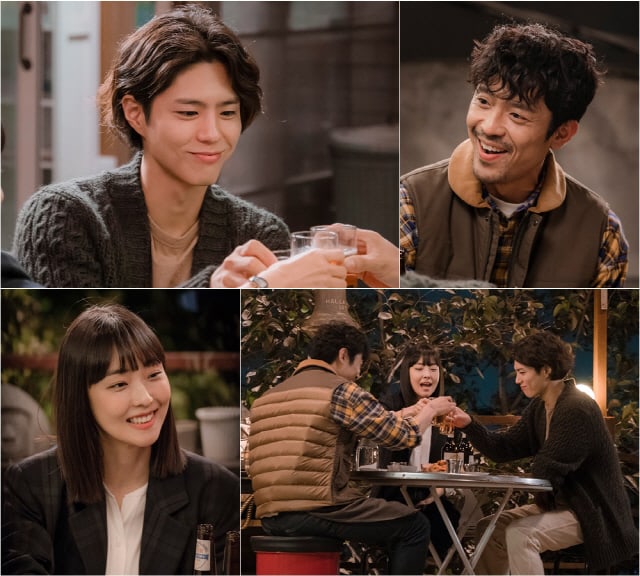 In the meantime, check out the latest teaser for the drama here!