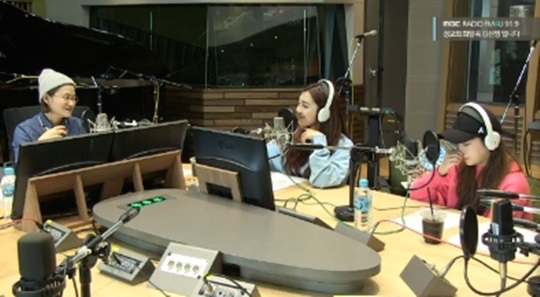 While they were talking about other things, MC Kim Shin Young brings up how Park Bo Ram mentioned in a previous interview that her ideal type was someone with an obsessive personality. The singer replies that she thinks it’s because she’s still young.

Park Bo Ram explains, “I like someone who’s clingy and obsessed with me. I want someone who would love and support me by my side. But, I like older men as opposed to younger ones.”

However, Kim Shin offers the young singer advice, saying “I think it’s because you haven’t dated a man like that yet.I think that if and when you do, then you will understand why I’m having a slightly negative reaction to your answer.”

On the other hand, Jung Eun Ji simply says, “I like someone who could love all sides of me, even when I’m in my most natural state.”

What are some traits you consider when you think of your ideal type?