Park Hae Jin recently traveled to China in order to attend the LeTV Awards, but was given a surprising gift at the airport. Pictures of his reaction circulated on social media shortly after the event.

While passing through the airport, a fan handed him what appeared to be a bouquet of flowers. In fact, the present was a bundle of coriander! Coriander is a herb (also known as cilantro or Chinese parsley) with a distinctive smell and taste. 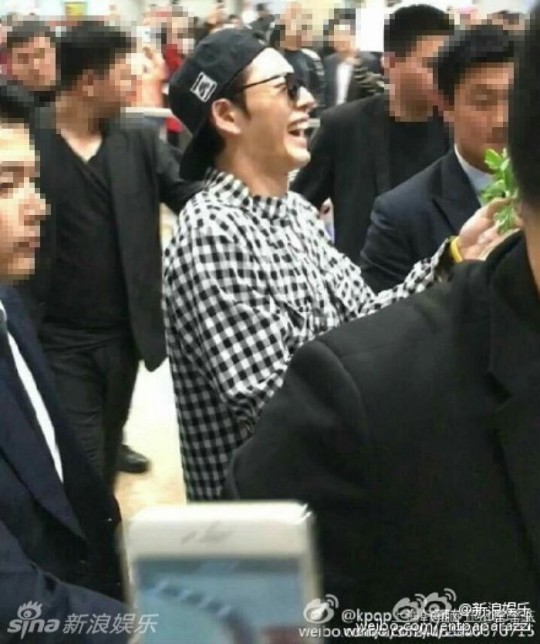 As soon as Park Hae Jin found out what it was, he burst into laughter and the moment was captured by fans on social media. In an interview after the awards show, the actor spoke in Chinese about the incident.

“I was really surprised,” he said. “I thought it was a bouquet of flowers so I grabbed it but the smell seemed familiar. Then I realized it was coriander. I had said previously that I liked coriander and Chinese cuisine so I think that’s why they gave it to me.” 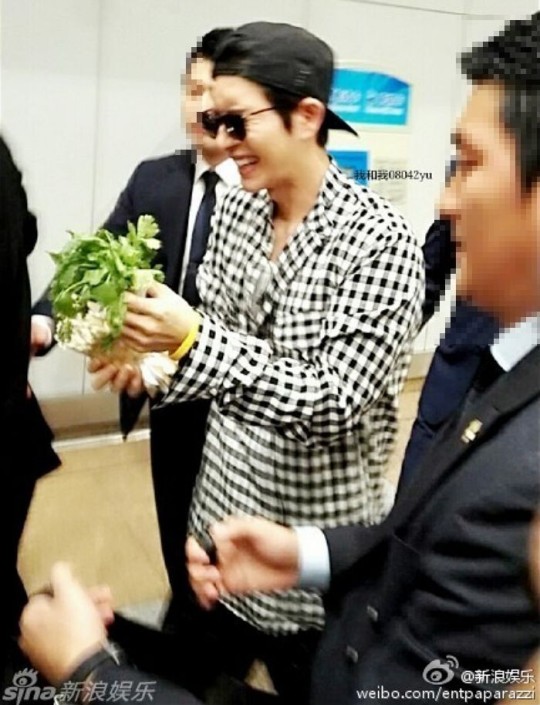 “It’s currently in my room,” he added with a smile.

Meanwhile, Park Hae Jin won the “Actor of the Year” award at the LeTV Awards in Beijing.