In the latest episode of “Entertainment Weekly,” Park Hae Jin sits down for an interview while filming on location for an advertisement. The interviewer asks Park Hae Jin to play a game in which he reveals whether statements are true or false. 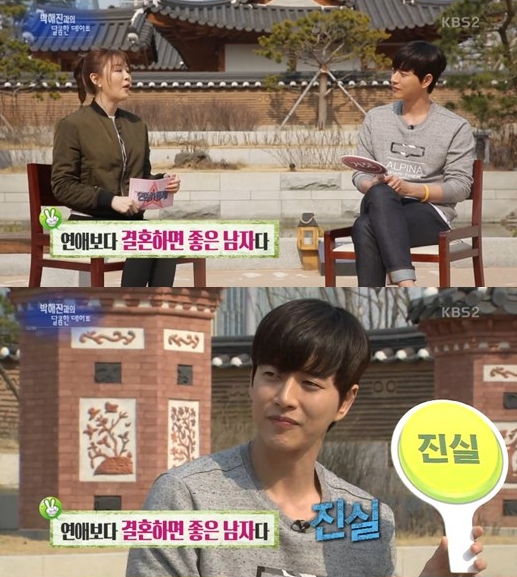 When she reads the statement, “I’m a man that you should marry instead of date,” Park Hae Jin says it’s true! But he adds, “Rather than being a good potential husband, I’m just terrible at dating. I’d give myself zero points.”

“I’m also bad at celebrating anniversaries,” he says. “I find it hard to determine what day is the true ‘start’ of a relationship, it’s so vague.”

Park Hae Jin also reveals that in real life, he’s never said things like his famous line “Do you want to go out with me?” from “Cheese in the Trap.” 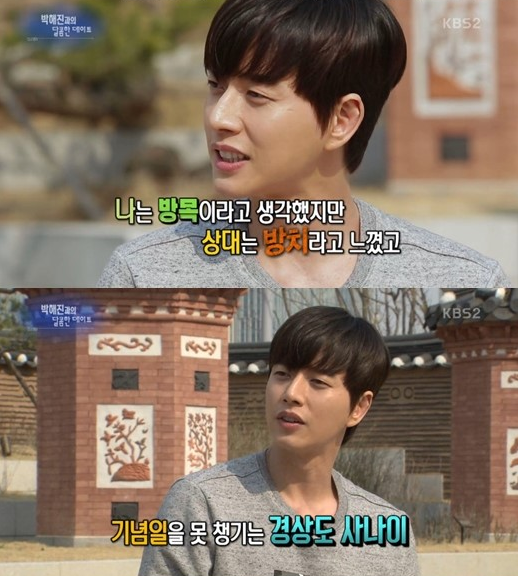 When he says that he likes cleaning and organizing, and that he’s got experience with childcare because of his nephews, the interviewer points out that it seems like he’s trying to advertise himself as a potential husband. Park Hae Jin laughs and jokes that although he wants to get married, he’d be dumped by any girlfriend because of his busy schedule.