Park Hoon Reveals The Painful Story Behind His Stage Name

Actor Park Hoon revealed the story behind his name on the February 21 broadcast of tvN’s “Life Bar,” which featured “Memories of the Alhambra” stars Han Bo Reum, Lee Si Won, and EXO’s Chanyeol as guests.

He said, “My real name is Park Won Hee, and my older brother’s name was Park Hoon Hee. Our parents used to call us Hoon and Won.”

“When I was young, 14, my brother died by suicide,” said Park Hoon. “After that, my parents went through a difficult breakup as well. Going through that during puberty and then deciding I wanted to become an actor, I suddenly thought during my first audition, ‘Should I use my brother’s name?’ So I wrote down ‘Park Hoon.’” 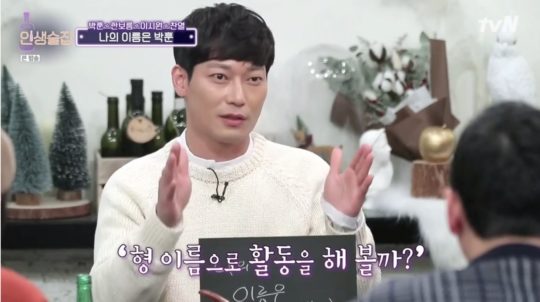 On how his father reacted to his stage name, Park Hoon said, “After I debuted, I gave my father the program for my performance. He said, ‘I’m not interested! You chose a weird name.’ Later that night, I opened his door and peeked in on him, and he was holding the program and crying.”

“After seeing him like that, I hoped that crying would make him feel lighter and release some of the pain he’s been holding on to.” 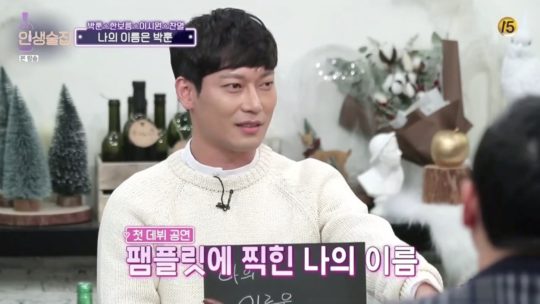 Park Hoon said that now that he has the platform after appearing on “Memories of the Alhambra” and now “Life Bar,” he wanted to tell the story. “There are a lot of people that go through similar things. I can’t give grand notions of hope, but because I know what they’ve gone through, I hope it serves as a small comfort.” 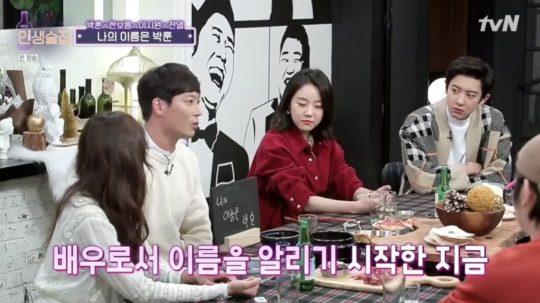