The beautiful ballad was released on April 30 at 6 p.m. KST, and it was composed along with Park Hyo Shin’s longtime producing partner Jung Jae Il.

“The Other Day” quickly rose to the top of the charts, and by 9:30 p.m. KST it came in No. 1 on all six major realtime charts, including Melon, Genie, Bugs, Mnet, Naver, and Soribada. 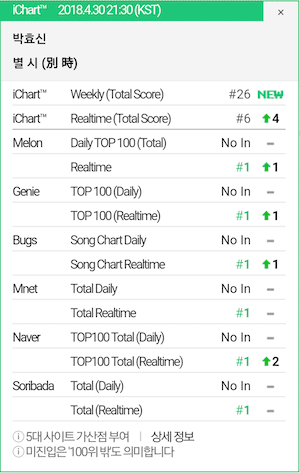