Many viewers of “Suits” are enjoying watching the bromance between the legendary lawyer Choi Kang Suk (played by Jang Dong Gun) and his associate with a genius memory Go Yeon Woo (played by Park Hyung Sik). The actors behind these characters are said to be working hard to not just appear cool or handsome, but to add vivid dimension to their characters.

In new photos released on May 6, one of the leads Park Hyung Sik has the script in his hands at all times and is focused on it between takes, giving viewers a peek at his focus and efforts behind the camera. 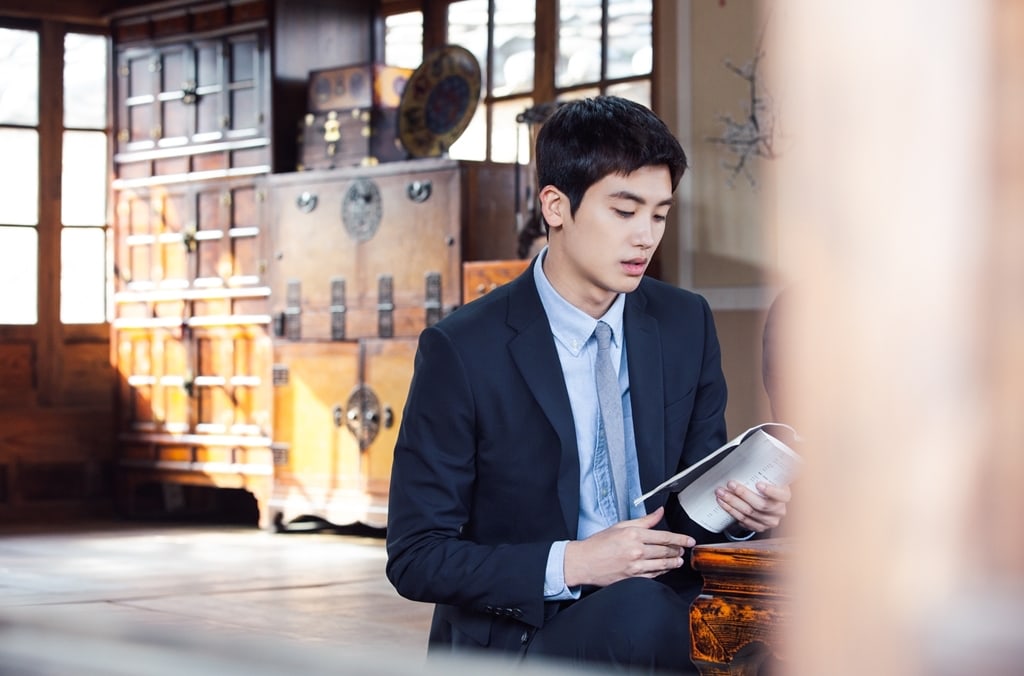 His character Go Yeon Woo has a photographic memory and the ability to empathize with others. He wanted to become a lawyer since he was young and had the skills to become one, but never got the chance to pursue his dreams until he met Choi Kang Suk and entered Kang & Ham while pretending to be a lawyer.

Because “Suits” is a legal drama, many legal terms appear in the script. Since Park Hyung Sik portrays a man with a photographic memory, he has to say many lines at once as if he is reciting something from his memory, and so he always has his script nearby.

A source from the drama said, “Park Hyung Sik has the most amount of lines in the drama. In order to do this, he puts in a lot of effort and the script never leaves his hands. I think it shows Park Hyung Sik’s love for the character and the drama. I think ‘Suits’ is receiving love from viewers because of the actors’ efforts including Park Hyung Sik. The actors and crew will continue to do our best while filming. We ask for lots of your interest and high expectations.”

“Suits” airs on Wednesdays and Thursdays at 10 p.m. KST.