Park Jin Young and Jackson Express Their Grievances To Each Other

On MBC every1’s “Weekly Idol” aired on April 27, Park Jin Young, who has made a comeback with “Still Alive,” appears as the guest for the second episode of the show’s one-hour special.

In the game, you lose if you disagree or get mad at what the other person says.

Jackson is first to say, “Do you know that I’m upset you never send emojis when you text me?”

In response, Park Jin Young says, “I see. I like that you send me texts, but you tend to send a little too many.”

Jackson also asks, “Did you know that you have more pictures of your dog on your social media than of me? Am I not good enough for you in comparison to your dog?”

Park Jin Young, too, takes the time to communicate his grievances with Jackson.

“Only after I watched the show did I realize that the call you made to me was for the camera. I scoffed at how you never even told me we were on air,” Park Jin Young says. 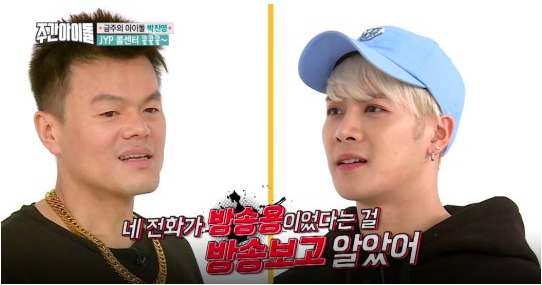 “I was also upset at how you stopped contacting me when I asked for more organic green tea,” Jackson replies with another greivance.

“I can’t feed you forever. You can buy your own food,” Park Jin Young says in response.

Despite the bickering, the two end the game with a heartwarming hug. 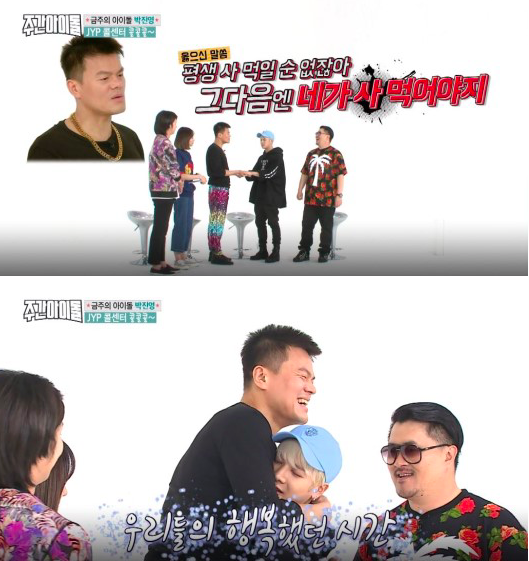 Meanwhile, “Weekly Idol,” is a show in which idols appear as guests to show off their talents. It airs every Wednesday evening at 6 p.m. KST.

Watch the two play the “Of Course” game below!

NCT Dream’s Jeno Is A Total Carbon Copy Of Sanrio’s Cinnamoroll – Here Are 10 Receipts, Your Honor