Park Jin Young’s Still Got It for High Cut Magazine

In the High Cut magazine released on April 21, he showed his witty and charismatic self with the splendor of a living “legend.” The singer’s ability to stay amongst the top class of entertainers for the last 22 years was the concept for this photoshoot. In the photos, you can see him tapping on a keyboard with his foot, showing his burning passion for the stage, and staying indifferent amidst countless awards. These are only a few of the pictures, all of which he took on comically. 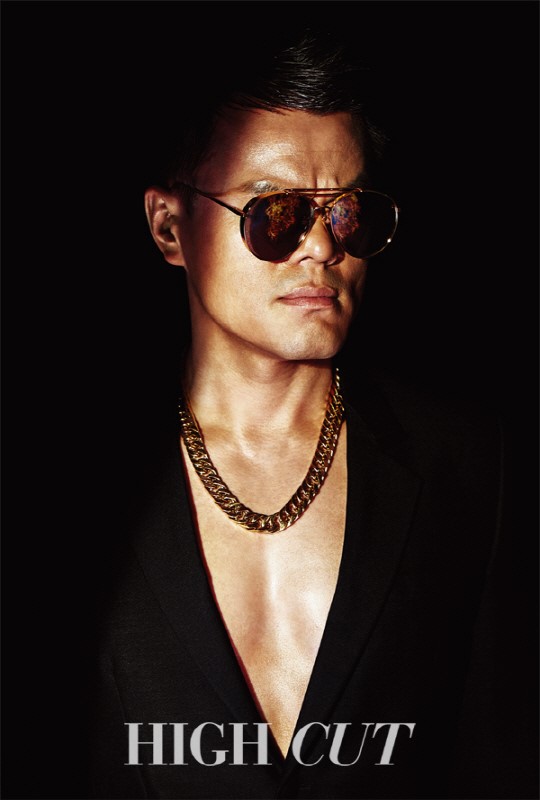 In the interview accompanying the pictorial, Park Jin Young shares a story about how Ha Jung Woo almost appeared in the music video for “Still Alive.” The singer says he got the idea for the song by chance when watching Ha Jung Woo’s movie “Nameless Gangster: Rules of the Time.” “Originally Jung Woo had agreed (to be in the video) but then because of scheduling conflicts, it wasn’t possible. He told me he liked the video after seeing it. He said I was like Marlon Brando,” Park says while laughing.

Since the release of “Don’t Leave Me” in 1994, it’s been 22 years since Park Jin Young’s debut. He comments, “As a singer or composer, if I had to choose between being active for a long time or being successful, I’d choose to be active for a long time. If I couldn’t do work that I love, I would hate it.” 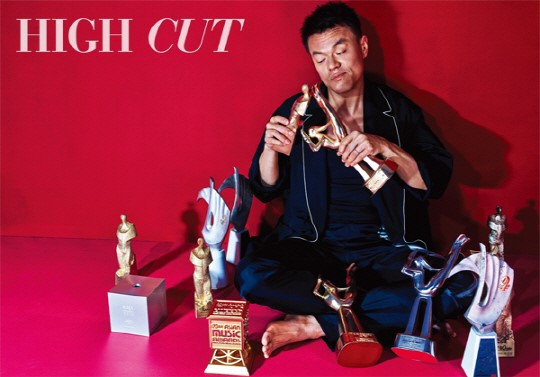