Park Min Young shared her thoughts on her fashion in dramas, as well as variety show hosts!

On the February 15 episode of KBS 2TV’s “Entertainment Weekly,” the program visited Park Min Young on the set of a pictorial shoot.

The interviewer held up photos of Park Min Young’s outfits from her past dramas and asked her to choose the look that emphasized her charms the most. She answered, “I think the office look matched well with my body type.” 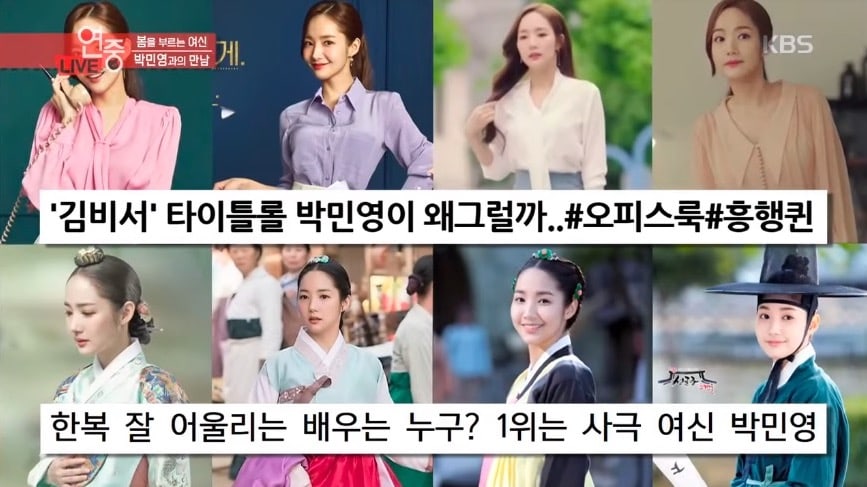 She also pointed to the outfit she wore on “Sungkyunkwan Scandal” where she portrayed a female character pretending to be a man and said it was the most comfortable out of all the hanbok (traditional Korean clothing) that she’s worn.

Park Min Young explained, “This character could just sit comfortably on the floor. No one knew if it was crinkled, so it was really comfortable.” 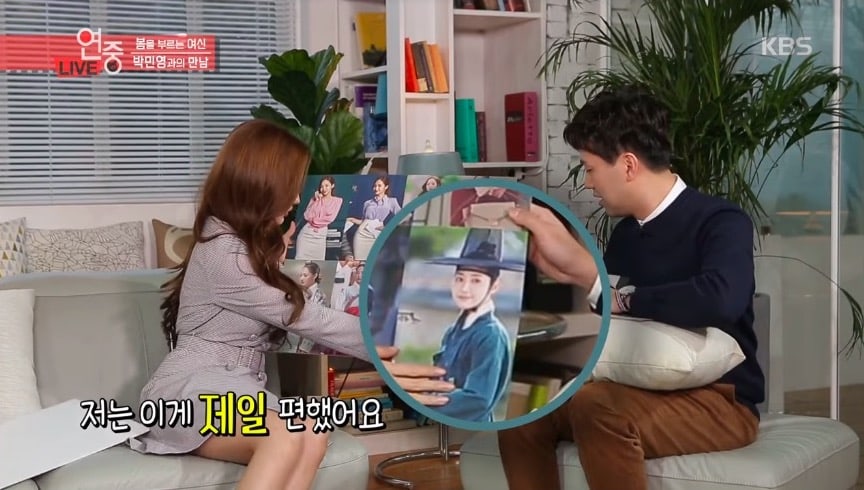 The actress recently co-hosted the Golden Disc Awards with Lee Seung Gi and appeared on Netflix’s variety show “Busted!” alongside many stars including Yoo Jae Suk. Park Min Young was asked to choose a program she wants to MC, and she answered, “Let’s go with ‘Entertainment Weekly,’” and joked that she’d take the place of current co-MC Shin Hyun Joon.

She then played a game of “ideal type world cup” to determine her ultimate favorite variety show host. Park Min Young first chose Kang Ho Dong over Kim Gura while citing her fondness for “New Journey to the West.” When asked to choose between Yoo Jae Suk and Shin Dong Yup, she said, “Yoo Jae Suk is my favorite variety show star. But since I worked with him already, I’ll choose Shin Dong Yup.”

Her two final choices came down to Kang Ho Dong and Shin Dong Yup. “I’m contemplating,” said Park Min Young. “But I’ll choose Kang Ho Dong.” She added, “To be honest, the variety show star I really want to work with is Park Na Rae. I also have a café at my house and Park Na Rae has Na Rae Bar. I want to go there and I think Na Rae Bar will be fun. I really like her.” 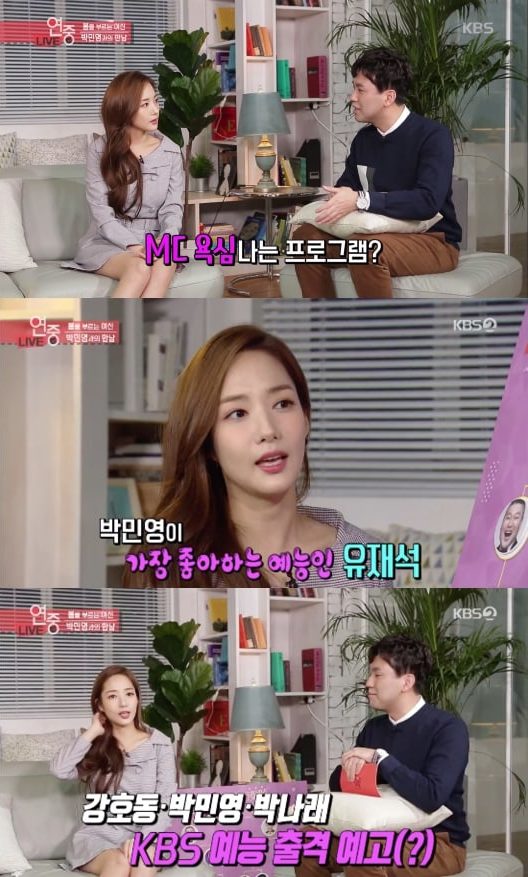 Check out Park Min Young in her latest drama “What’s Wrong with Secretary Kim” below!