Park Min Young is an energetic ball of positivity for her role in upcoming drama “What’s Wrong with Secretary Kim?”

Upcoming tvN drama “What’s Wrong with Secretary Kim?” is about the narcissistic vice-president Lee Young Joon (played by Park Seo Joon), his loyal secretary Kim Mi So (played by Park Min Young), and the romance that ensues when she quits her job. The drama is based on a popular webtoon of the same name.

In the drama, Park Min Young’s character Kim Mi So is an efficient, professional woman who has been getting things done for Lee Young Joon for the past nine years without ever losing her smile. Despite her seemingly perfect demeanor, she has never dated anyone.

In the released photos, Park Min Young is shooting her first scene. She is the icon of a professional secretary, smartly dressed in a white blouse, ivory skirt, and nude heels. With her hair is tied back and purse bunched up in one hand, she runs with all her might towards the office so that she won’t be late. Afterwards, despite her desperate running seconds before, she looks put-together with a bright smile on her face. 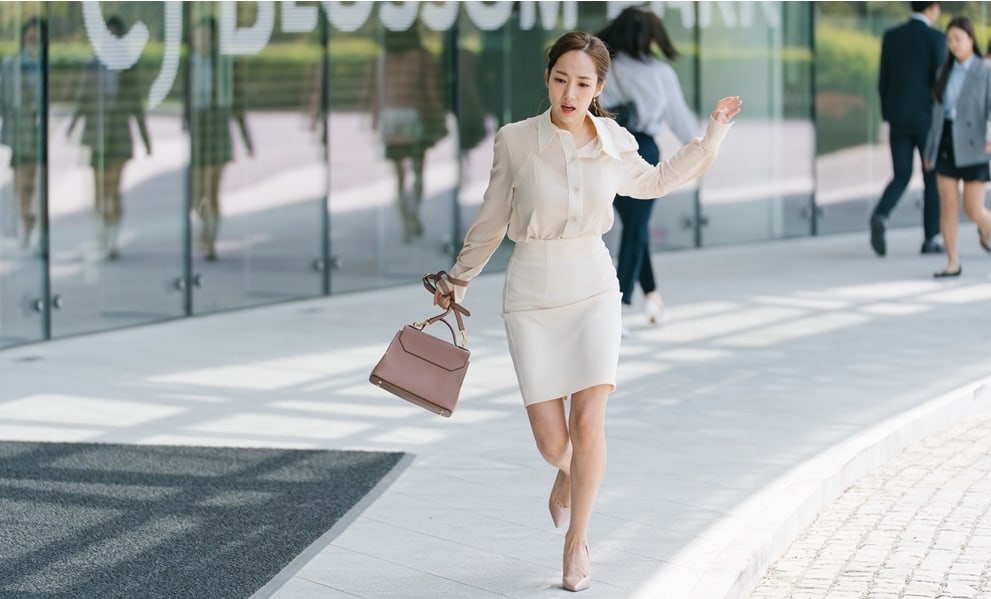 A source from the drama stated, “When we first started filming, we were touched by Park Min Young’s passion. She sprinted on the streets wearing high heels for almost an hour. Even when her shoes were about to fly off, she used her acting skills to naturally work around it and made it an even better shoot. After the running shoot, she smiled brightly at the production staff and created an energetic atmosphere on set. Park Min Young is taking over the filming site with her passion for acting. Please look forward to it.”

“What’s Wrong with Secretary Kim?” is slated to air mid-June.