Actress Park Min Young teared up when actor Lee Joon Gi revealed that he knew her identity all along.

The April 1 episode of tvN’s “My Ear’s Candy” captured some of their last moments on the show. The two shared their thoughts regarding the time they had spent together on the phone. Park Min Young expressed her grateful heart, and Lee Joon Gi responded, “I feel the same way. I’m glad I was able to talk to a friend like you. You have a bright voice that cheers people up.”

Lee Joon Gi was originally supposed to meet up with Park Min Young for this episode, but he told her that he wasn’t able to make it. He also pretended that he didn’t know her identity. “I want to talk face-to-face with you, so let’s meet up soon. Don’t be sad that I wasn’t able to identify you,” he said. Park Min Young thanked him for giving her happiness, to which Lee Joon Gi suddenly responded, “Be happy, Min Young.” 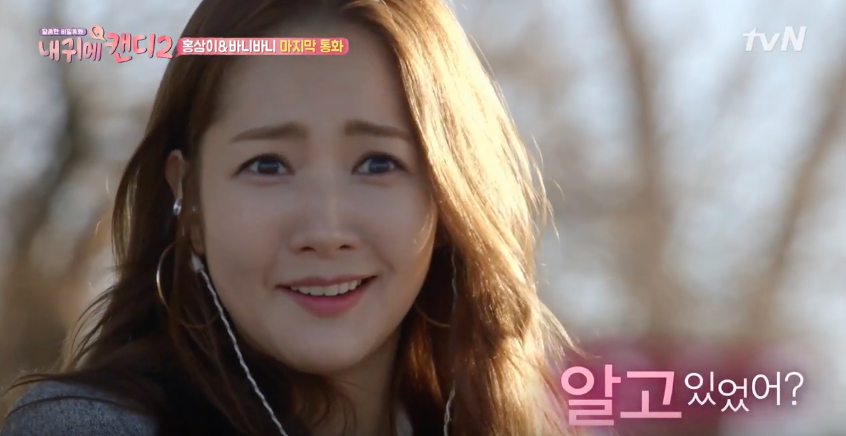 Shocked at the fact that he mentioned her name, she jokingly lied that she wasn’t Park Min Young. Unable to hold in her laughter, however, she retorted, “You said you didn’t know!”

“You really thought I wouldn’t know? I missed you so much,” he confessed. Park Min Young began to shed tears, touched by the fact that he knew who she was all along. They then reminisced about their first meeting 10 years ago.

Later in the episode, Lee Joon Gi surprised her by suddenly showing up.