Park Min Young And Park Seo Joon Are Off To A Rocky Start In “What’s Wrong With Secretary Kim?”

In the drama, Park Seo Joon plays Lee Young Joon, the vice president of a company who is perfect in every way except for his narcissism, alongside Park Min Young, who plays “Legend of the secretary world” Kim Mi So. It is a romantic office comedy between a vice president who loves himself too much that he’s incapable of loving others and his secretary who has taken care of him for nine years but wants to quit to find her own way.

The new stills show the beginning of their story as a narcissistic up-and-comer and a rookie secretary. Kim Mi So is unable to control her slightly perturbed expression as Lee Young Joon tries to appeal to her and gets lost in his own good looks. The stills make one wonder how the two ending up meeting and working together. 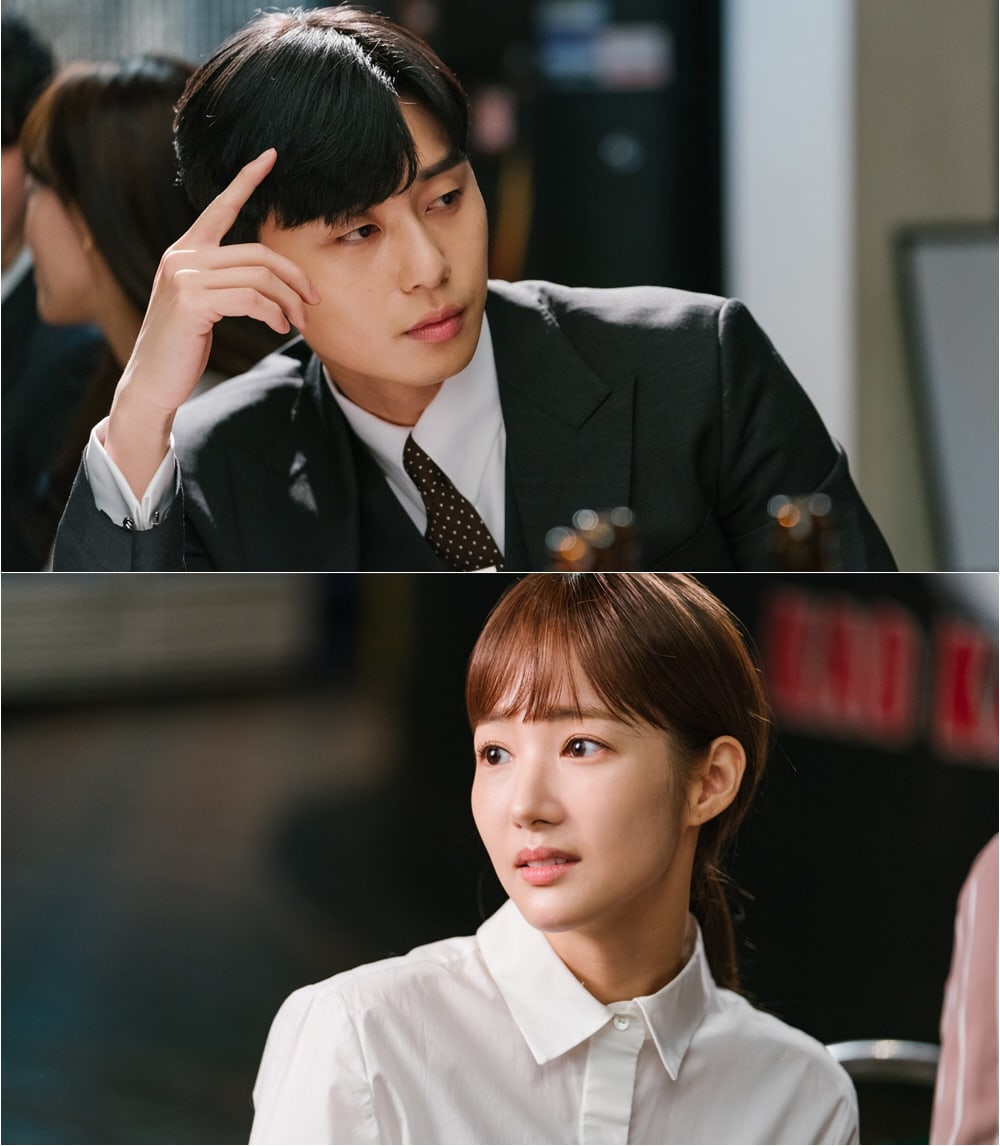 “What’s Wrong with Secretary Kim?” is tvN’s upcoming Wednesday-Thursday drama and is set to premiere on June 6 at 9:30 p.m. KST.