MBC’s “I Live Alone” aired the second episode of the cast’s trip to Los Angeles.

As usual, the cast watched the footage at their studio and commented on various scenes. When the screen showed Jun Hyun Moo taking care of his girlfriend Han Hye Jin and covering her with a blanket, Park Na Rae stood up and reacted with shock. 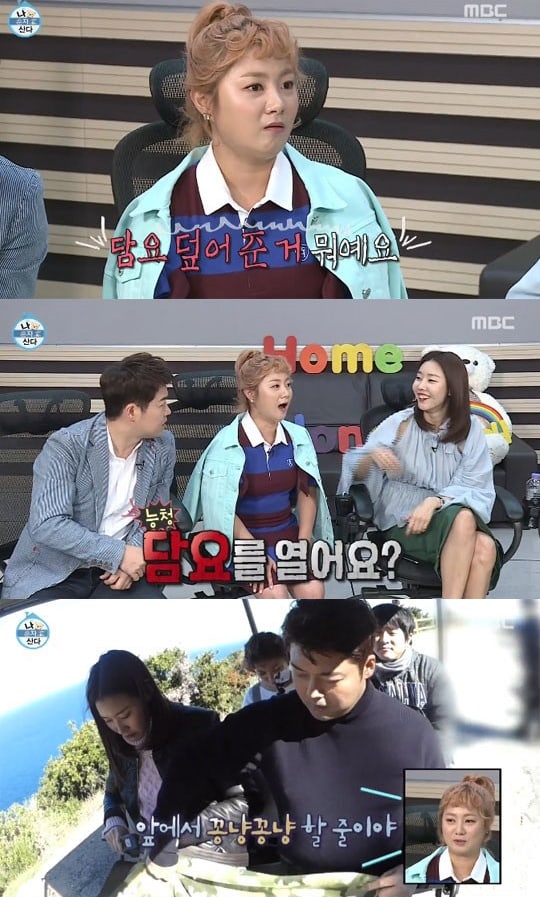 The Los Angeles trip was filmed when the couple was still secretly dating and before the news of their relationship was publicized.

The episode then showed the members eating dinner. Jun Hyun Moo offered warm food to Han Hye Jin who had caught a cold, but Park Na Rae thought it was for her and pushed it away. Watching the clip, the comedienne now realized his true intentions and said, “It wasn’t for me.” Jun Hyun Moo replied, “You are so clueless.”

Park Na Rae made everyone laugh when she said, “I wondered if he liked me.”

The cast of “I Live Alone” was also surprised in last week’s episode when they found out that the couple had been messaging each other on the plane to Los Angeles.

Watch the latest episode of “I Live Alone” now!