“What’s Wrong with Secretary Kim?” is a romantic comedy based on a popular web novel about a narcissistic vice president of a famous company and his skillful secretary Kim Mi So (played by Park Min Young).

As on-screen best friends, the two actors will showcase their bromance in the drama. If Kim Mi So’s existence is likened to Lee Young Joon’s right arm, then Park Yoo Sik is like his left arm. Lee Young Joon can talk about everything, including dating advice, with his friend Park Yoo Sik that he can’t with his secretary. Park Yoo Sik uses his experience from his divorce to step in as a dating counselor.

Lee Young Joon also hired Park Yoo Sik to be the CEO of his company, concurrently making Park Yoo Sik his special assistant who helps him out with everything. Their relationship as longtime friends will be something fun to look forward to in the drama. 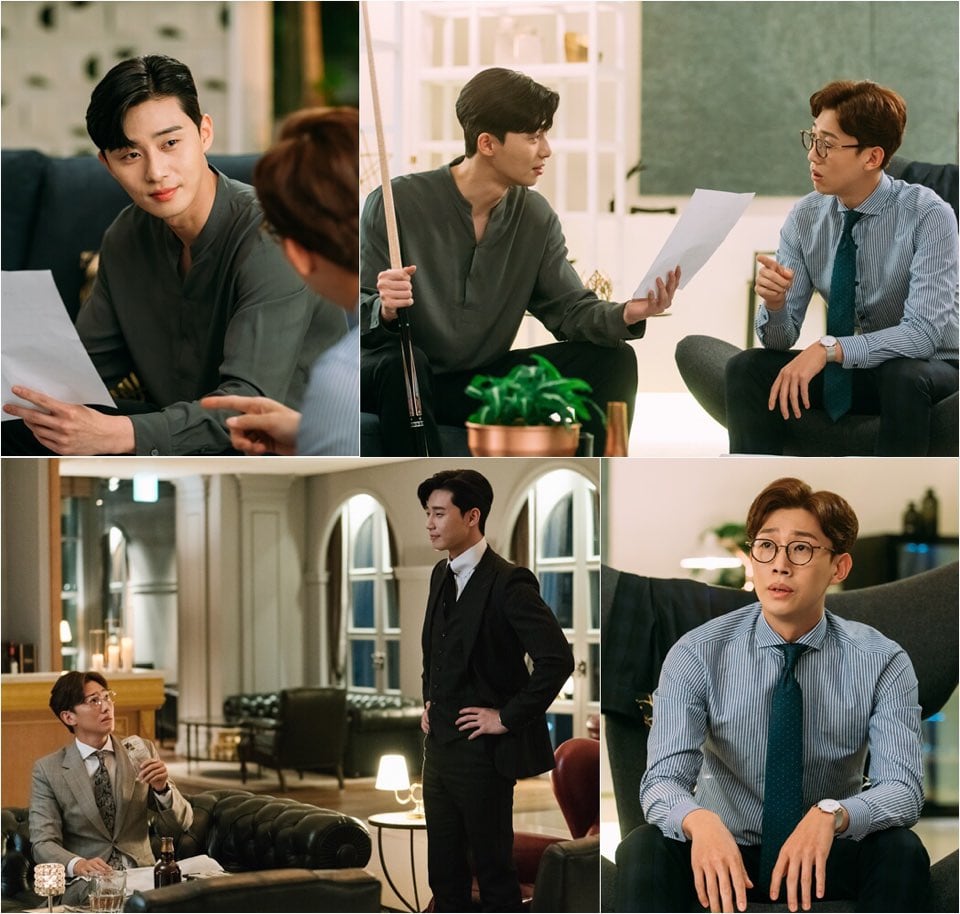 “What’s Wrong with Secretary Kim?” will premiere on June 6 at 9:30 p.m. KST. Check out the newest teaser here!