Park Seo Joon, Park Min Young, And Lee Tae Hwan Give Viewers A Peek At Their Characters In Drama Posters

“What’s Wrong with Secretary Kim?” is based on a popular web novel and will be a romantic comedy about a narcissistic vice president of a company named Lee Young Joon (played by Park Seo Joon) and his loyal, skillful secretary Kim Mi So (played by Park Min Young).

Dressed in a suit and lying on a cobalt blue sofa, Park Seo Joon strikes a pose in his poster. He looks stylish, but also seems lost in thought. The poster describes Park Seo Joon as “narcissist vice president Lee Young Joon.” 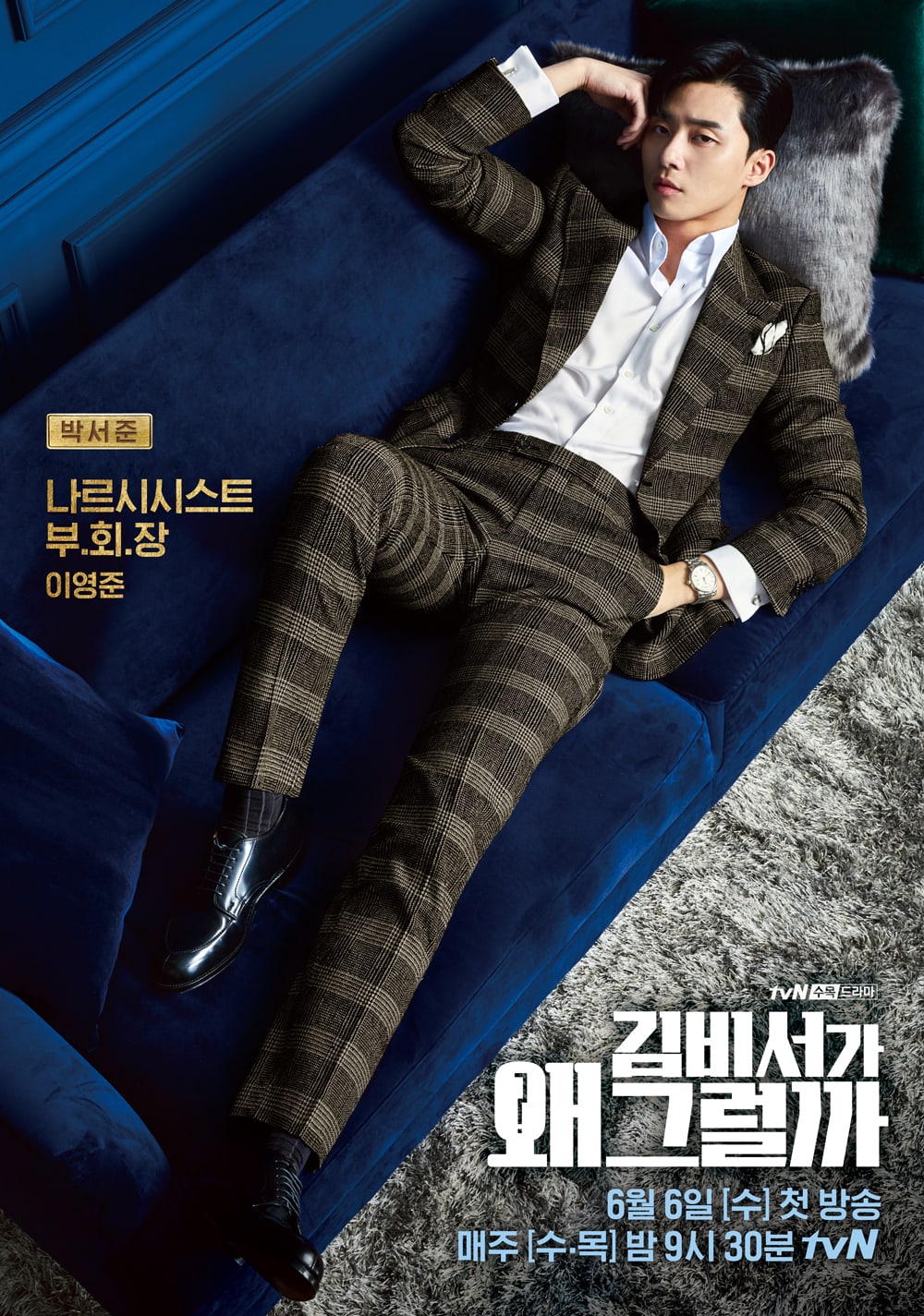 Park Min Young looks every bit like the competent secretary her character is known to be in her poster. Dressed neatly in a business look, she smiles as she answers the phone. “Legend in the secretary world Kim Mi So” has worked for Lee Young Joon for nine years and her professionalism is expected to shine in the drama. 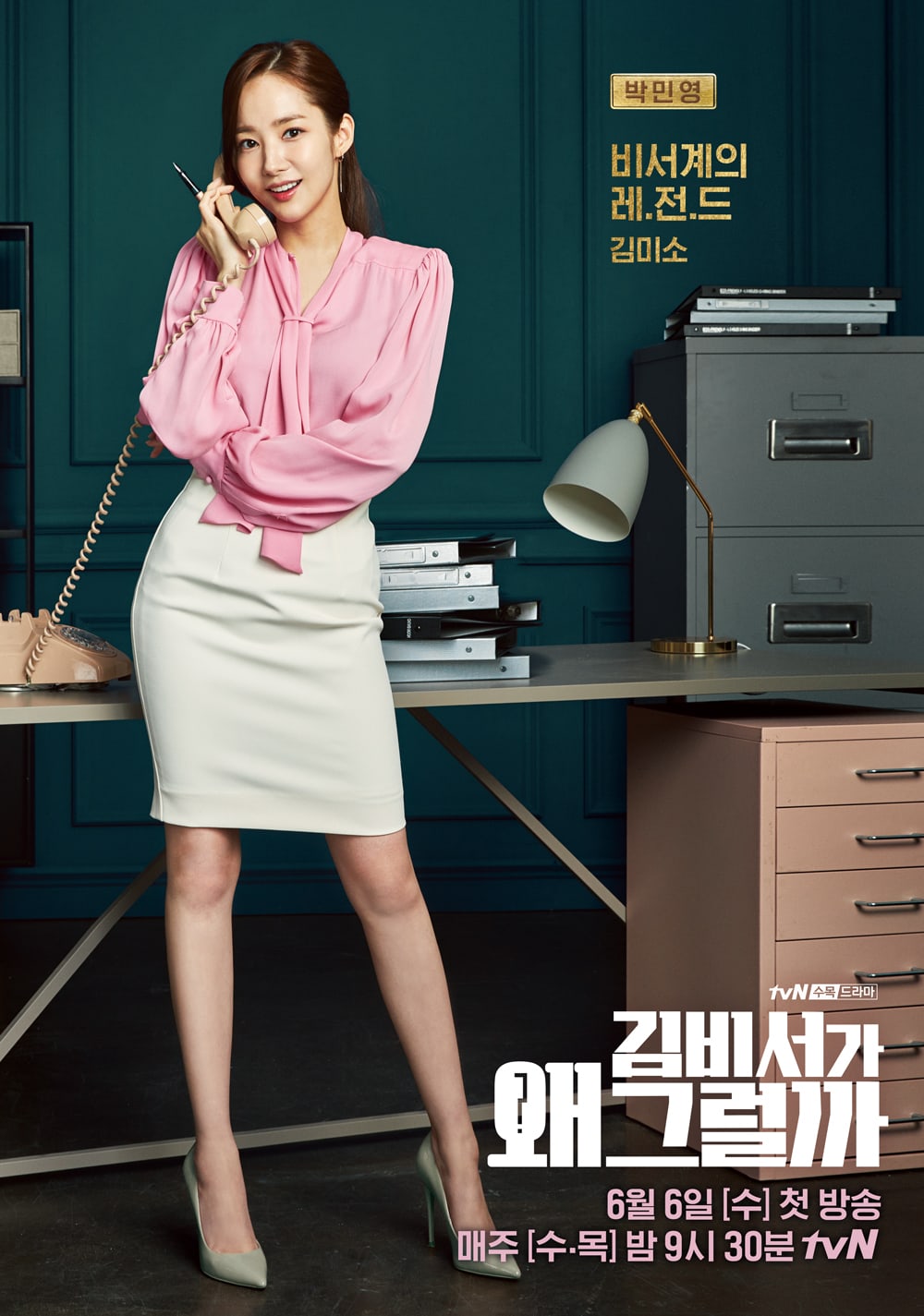 Lee Tae Hwan will appear in the drama as Lee Young Joon’s older brother and best-selling writer Lee Sung Yeon. Wearing a long trench coat and surrounded by luggage, he looks like a free-spirited writer who travels the world and writes. He has a magical charm that makes women fall for him. 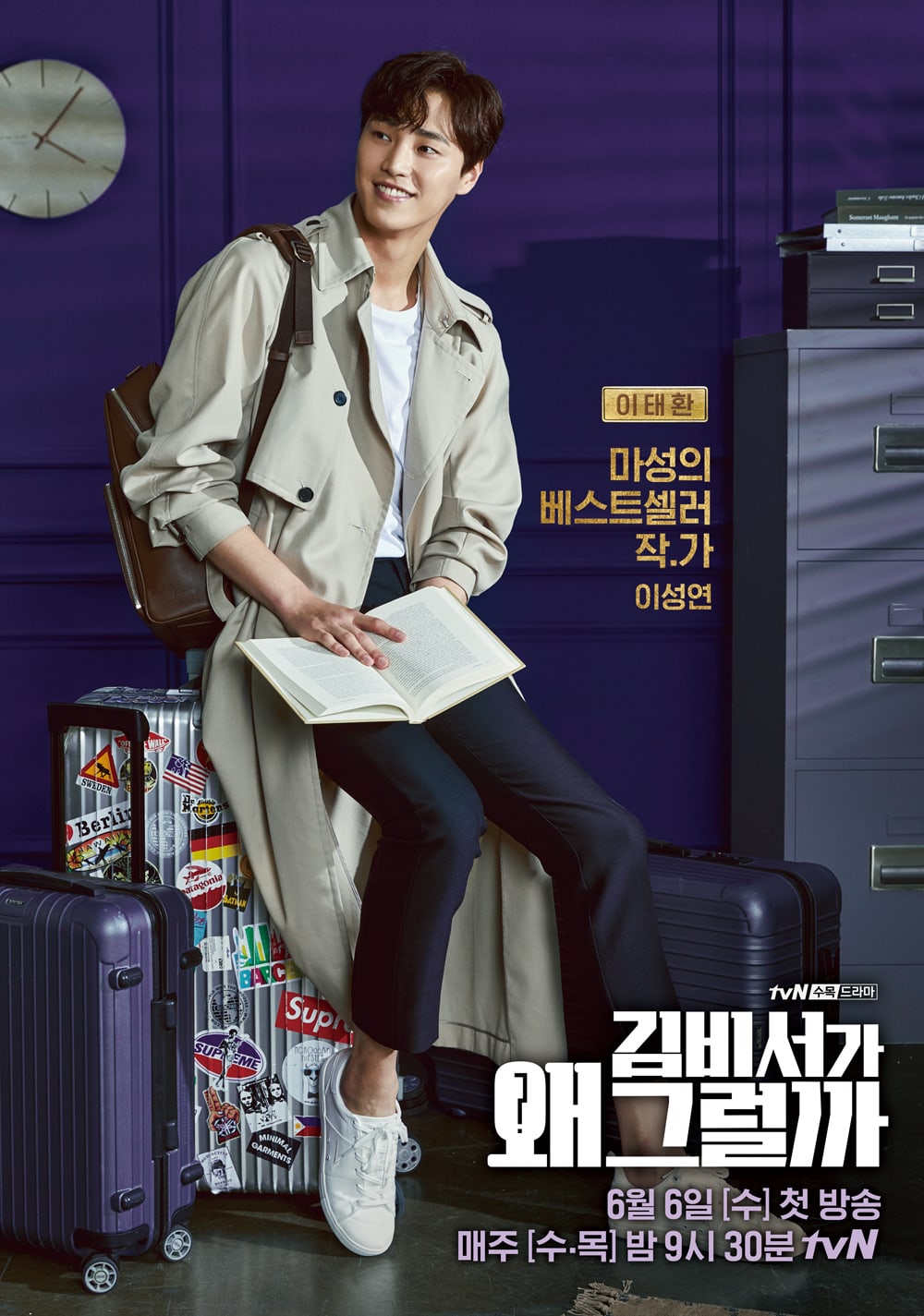 Ripping the resignation letter into shreds, he says, “I’ll date you. Keep working.” Unwavering in her decision, Park Min Young looks as if she predicted this would happen and has more letters ready.

“What’s Wrong with Secretary Kim?” will premiere on June 6 at 9:30 p.m. KST. Check out the latest teaser here!