Actor Park Seo Joon became emotional as he sent a touching message to his parents, particularly his father, during his acceptance speech at the 2017 KBS Drama Awards.

Park Seo Joon received an Excellence Award in the mini-series category at the December 31 ceremony, as well as a Netizen Award and one of the Best Couple awards along with his “Fight My Way” co-star Kim Ji Won.

When accepting his Excellence Award, Park Seo Joon mentioned that he had been a presenter the previous year at the award show, and thanked everyone for the award this year.

“I worried a lot about ‘Fight My Way,’” he admitted. “Because I had to be a boxer, I was really worried about whether I could maintain a body that looked like it belonged to a real boxer, but I was so charmed by the drama that I chose it.” He was sure to thank the drama’s director, writer, co-stars, and everyone in the “Fight My Way” family. He also expressed again, as he had during his Netizen Award acceptance speech, that without Kim Ji Won’s character Aera, his character Dongman wouldn’t have existed.

“There’s something that I wanted to say if I won an award,” he added, as he appeared to be getting emotional. He stopped for a moment to take a breath and collect himself before continuing, “My father recently said to me, ‘Now people don’t call me by my own name, they call me ‘Park Seo Joon’s father.’ That was very upsetting.” 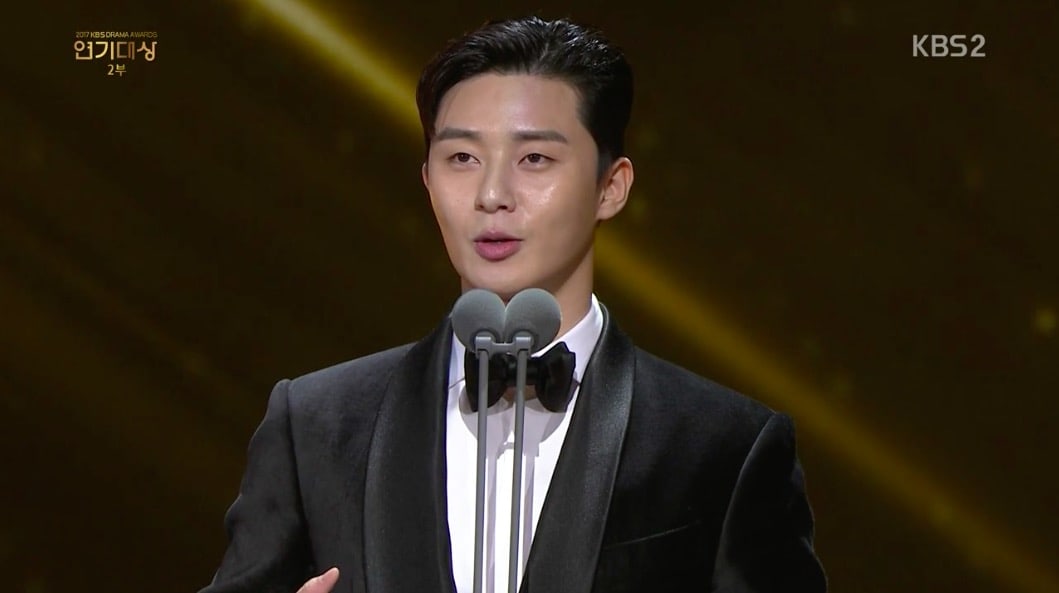 His voice began to break as he said, “I’m a son that’s not good at expressing myself to my parents usually. So I want to use this opportunity to say this.”

“Father, if it hadn’t been for you, I wouldn’t be here,” he said as he became choked up. “I sincerely love you. I love you too, mom, and I love my family too. I will be a good son.”

“While thinking about this award speech, I realized that there’s nothing more important than my family’s health and happiness,” he said. “Everyone, although you may have dreams and goals for 2018, I hope that this year is one in which you can spend a lot of time together with your family. Happy new year. I also want to express my love and thanks to everyone who has helped me so far.” 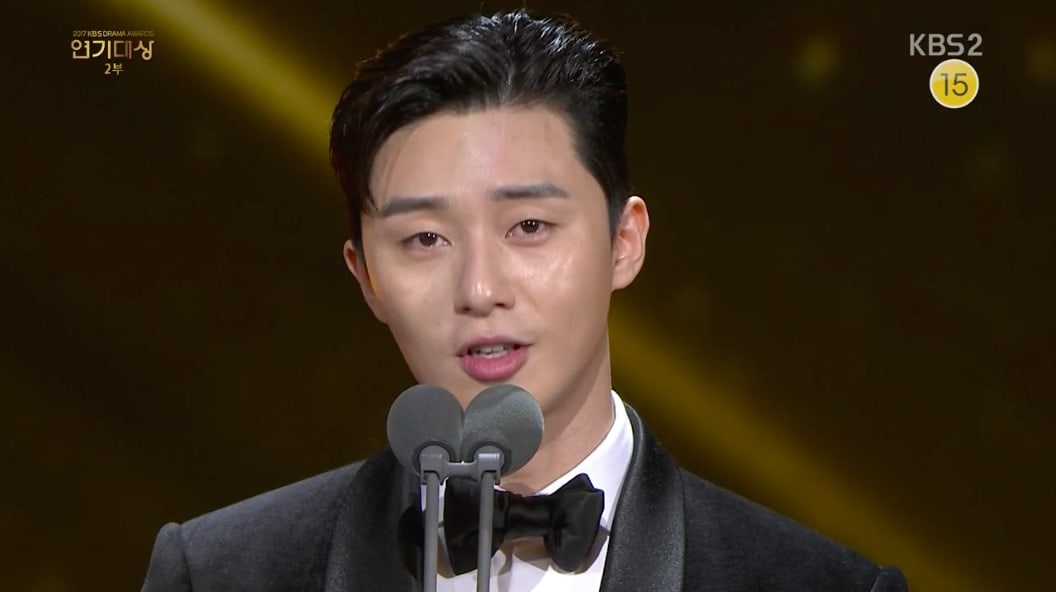