The December 16 broadcast of SBS’s “One Night of TV Entertainment” aired actor ’s very first fan meeting with his fans.

As Park Seo Joon reminisced about his early days as an actor, he mentioned his father’s strong opposition toward his career choice.

At that very moment, Park Seo Joon’s father suddenly appeared in the crowd surprising everyone including the actor himself. His father was asked, “As you see your son now, what are your thoughts about him?” His father quickly shouted out, “He’s the best!” 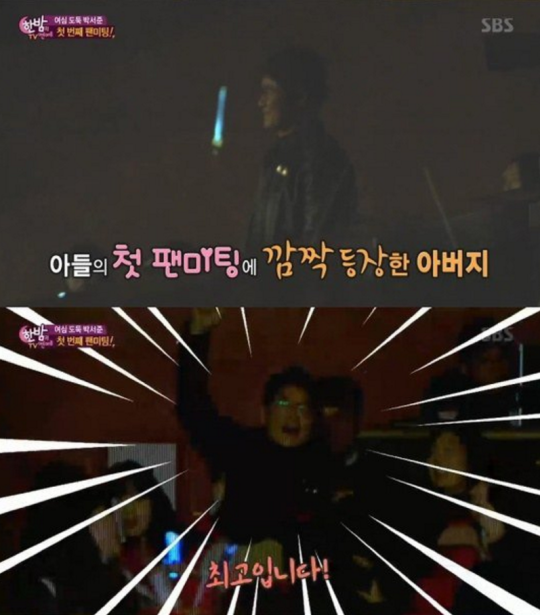 As Park Seo Joon heard his father’s kind word of support, he broke down in tears. He goes on to say, “This is what family means. Please understand.” 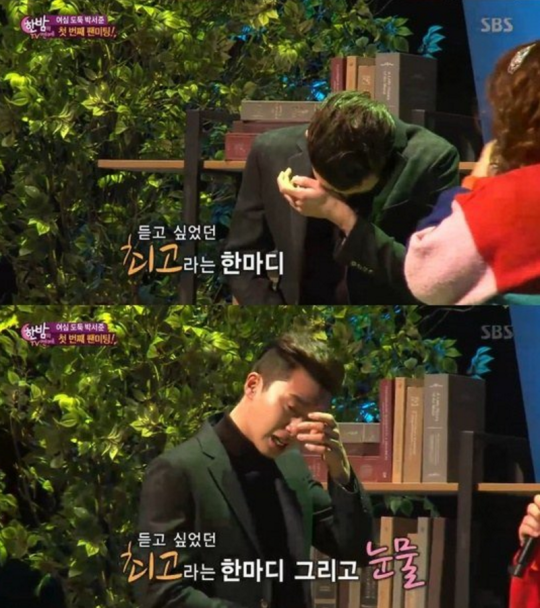