Hyun Bin and Park Shin Hye opened up about their experience working together on tvN’s new weekend drama “Memories of the Alhambra”!

On November 28, a press conference was held for the new tvN drama, which is set to make its premiere on December 1.

When asked that it was like working with each other, Park Shin Hye said, “Filming was a comfortable experience for me because Hyun Bin was really great at leading me through scenes. We actually went to the same school.”

She added, “Because our first filming was at an overseas location, I thought it might be difficult for us to bond but being overseas gave us all the chance to hang out together on weekends. I’m sure it could have been difficult to approach me because I’m the youngest, but he always takes great care of me.” Park Shin Hye continued to say, “He created a space for all of us to talk freely about our drama and our careers. We’d sit over a glass of beer and talk about our characters, and also share worries and concerns about our future plans. We became close very quickly, and I was grateful for his leadership.” 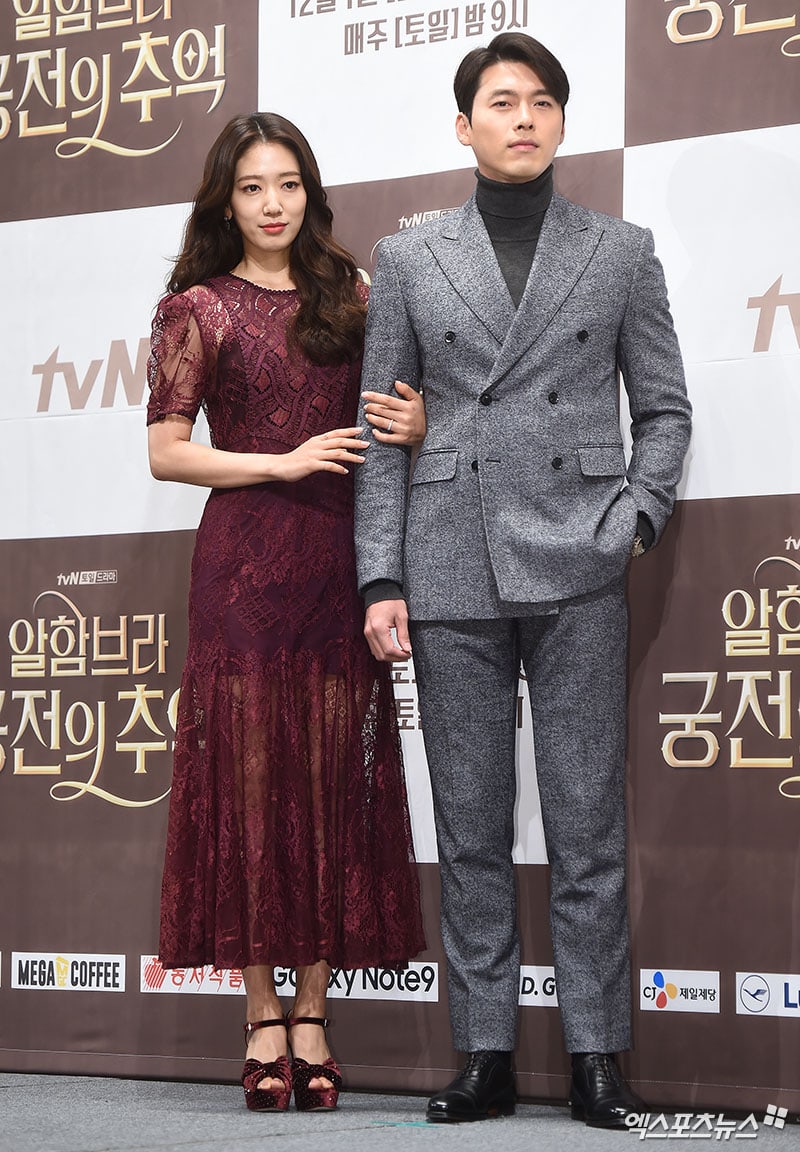 Hyun Bin also had nothing but nice things to say about his co-star as he said, “This is my first time working with Park Shin Hye. Though she’s younger than me, she’s been acting from a young age so she has a lot of experience under her belt and more importantly, she has a deep passion for acting. Acting alongside her has given me a lot of motivation to work harder.” He added, “She’s a bright and kind person. That energy really shines on set, and helps us film within a happy atmosphere. I think she’s quite similar to her character in the drama. We’re having fun as we film.”

“Memories of the Alhambra” will tell the story of the head of an investment firm who travels to Granada, Spain for business and stays at a rundown hostel run by a woman who once dreamed of becoming a guitarist. They get wrapped up in a series of mysterious events, and the drama will unravel the secrets that surround them.

The drama will premiere on December 1 at 9 p.m. KST.