On April 6, Park Shin Hye and So Ji Sub’s new variety show “Little House in the Forest” premiered on tvN.

The show’s concept revolves around the two actors living off the grid for two days and three nights. The house in the forest is self-sufficient, with no access to public electricity, gas, or heat. The house is powered with solar panels and contained only an icebox instead of a refrigerator. The point is to lead a self-sufficient and minimalist lifestyle.

Unlike Park Shin Hye, who regretted bringing so much luggage, So Ji Sub brought just one backpack. He said, “When I was young, I played sports and traveled a lot. I often lived in dorms. Now I try to bring only the necessities. It’s become a habit.” 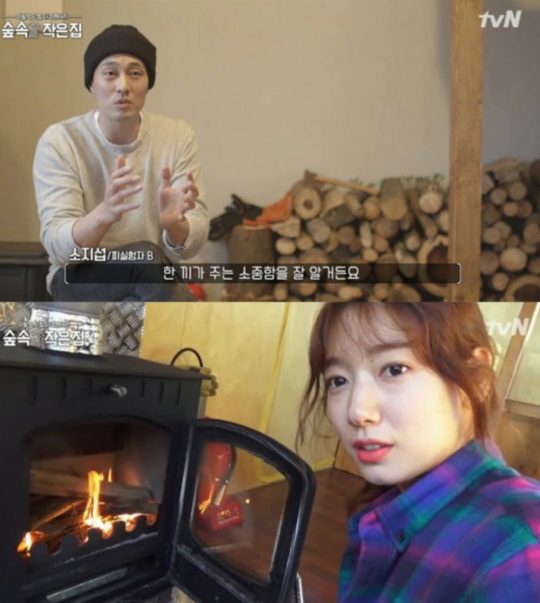 The production staff then asked them to whittle down whatever they’d brought to the absolute bare necessities, including eating meals with only one side dish. This proved to be a challenge for Park Shin Hye, who had brought a lot of food with her, and eventually sacrificed her clothes and various foodstuffs.

“I like to have generous portions of things,” she said. “I buy a lot of things. Even if I don’t need the shirt, I’ll think to myself, ‘If I have it, I’ll wear it someday.’”

Meanwhile, So Ji Sub said, “This is easy. I didn’t bring anything. I don’t get attached to stuff, even my necessities.” In the cabin he read a book by Yoko Sano and said, “I’m always dieting, so I live vicariously by watching ‘eating broadcasts’ [mukbang]. There are people who capture the sound of eating nowadays as well,” referring to ASMR videos. 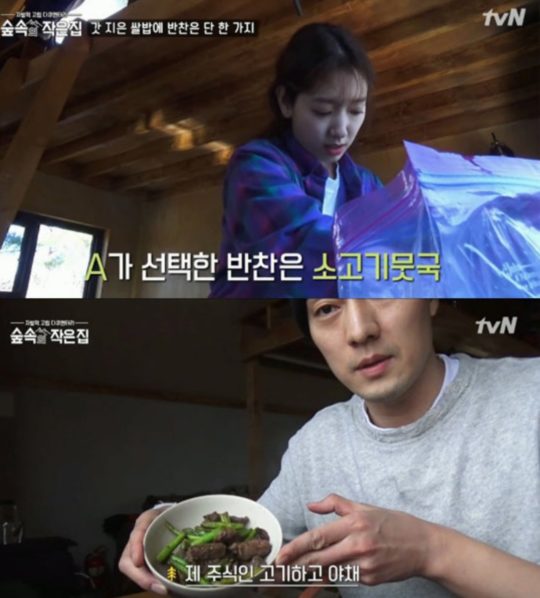 After a minimalist dinner, Park Shin Hye shared, “I like looking at the stars. The reason I go traveling is partly to see shooting stars.” However, she failed at next morning’s mission to watch the sunrise. “I thought the mission was to wake up with the sun,” she said, and added, “Normally I wake up to the sound of the construction site outside my house.” So Ji Sub also added his thoughts about the artificial routines of life in the city, saying he normally woke to the sound of cars.