Park Shin Hye revealed that she would want to go to clubs if she had the chance to be 20 years old again.

On the episode of MBC’s “Section TV” that aired on April 24, some behind-the-scenes of Park Shin Hye’s commercial shoot are revealed.

Reporter Park Seul Gi says, “It seems like you’ve re-signed your contract with the commercial.”

“I’d be happy if I could just sign a life contract in the commercial field,” Park Shin Hye says in response.

When asked what time in her life she’d like to return to, Park Shin Hye answers, “I would like to go back to when I was 20 years old. I would have partied more.” 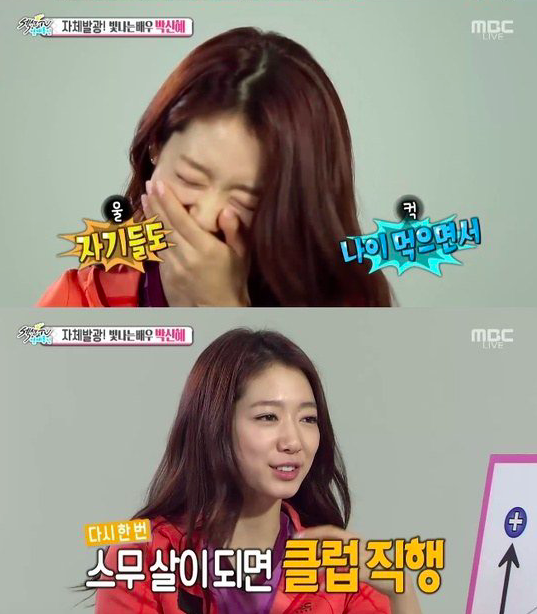 When Park Seul Gi asks, “Like a wild child?” Park Shin Hye says, “Yup. If I were 20 years old again, I would go to the club with my friend and enjoy Itaewon Freedom (Itaewon nightlife).”