Park Shin Hye is getting ready to make her return to the small screen with the upcoming tvN weekend drama “Memories of the Alhambra,” and she recently opened up about how she prepared for the role.

The actress will take on the role of Jung Hee Joo, who traveled to Spain to fulfill her dreams of becoming a guitarist, but had to give them up and run an old hostel in order to provide for her family. Park Shin Hye described her character as, “Someone who is strong and not afraid to stand her ground. Though she has had to give up her dreams and run a hostel, she has never given up her artistic side.”

Jung Hee Joo, who is full of life and holds a deep love for music, will be taking on many roles as an owner of a hostel, a travel guide, and a guitarist. When asked how she prepared for the role, Park Shin Hye replied, “Because Hee Joo runs a hostel in Grenada, some of my lines are in Spanish. I started learning the language because I wanted it to sound as natural as possible. I also made sure to read up on various guide books on the Alhambra as well as I have to play a tour guide.” 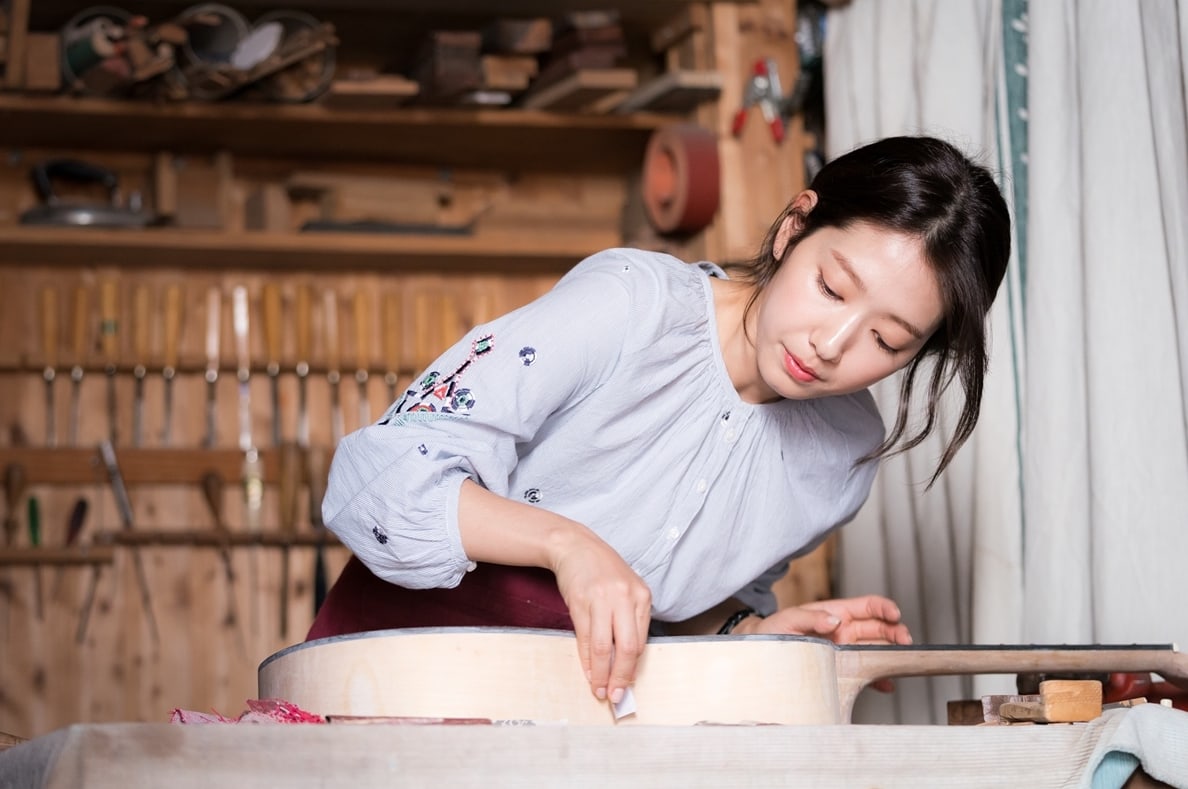 Park Shin Hye revealed that she especially put a lot of effort into learning how to play “Memories of the Alhambra,” a legendary classical guitar song. She explained, “It’s such a famous and difficult song, so I felt a lot of pressure about it. But I told myself that the only thing I can do is keep practicing.” She added, “I practiced a lot but it was difficult for me to master the tremolo. I even practiced with a slowed-down version of the song at first to build my skills up.”

Finally, the actress expressed excitement for the upcoming drama as she said, “The cast and crew are all working hard on this drama, led by the captivating script of screenwriter Song Jae Jung and our producing director Ahn Gil Ho. ‘Memories of the Alhambra’ will be a fast-faced mystery that will delight viewers’ eyes and ears, finding a perfect blend of action and romance. It’s a drama that anyone can enjoy, so please anticipate it.”

“Memories of the Alhambra” will be a suspense romance drama that tells the story of Yoo Jin Woo (Hyun Bin), the head of an investment firm who visits Grenada on business and gets caught up in a serious of mysterious events during his stay at a hostel run by Jung Hee Joo (Park Shin Hye). It will be the follow-up drama to “Room No. 9” and will premiere on December 1 at 9 p.m. KST.