Park Sun Ho spoke about his friendship with BTS’ Suga!

On the February 19 episode of MBC every1’s “Video Star,” the actor appeared as a guest and talked about his worldwide famous friend.

When MC Sandara Park asked, “I hear that you made a promise for the future with BTS’ Suga,” Park Sun Ho replied, “It’s not really a promise for the future, but I was a singer trainee when I was young.” He continued, “Yoongi [Suga’s given name] was also a trainee but at a different agency. We became friends and joked over drinks that we should open a makchang [beef entrails] restaurant in Daegu when we become successful in the future. Yoongi is from Daegu. We chatted like that and said we should succeed.”

After Park Sun Ho added that this conversation took place about seven to eight years ago, MC Park Na Rae commented, “Suga has become a worldwide superstar now. Are you guys talking about opening a makchang restaurant in Daegu?” The actor answered, “Since he’s not in Korea often and constantly traveling overseas, we’ve just been cheering each other on.” About the restaurant, he added, “I’m going to have to bring up a question about that later. He’s now become someone of importance.”

In a video message to his longtime friend, Park Sun Ho said, “Yoongi, I hope you’ll be able to see this clip. You’re so amazing! I hope you’ll continue to succeed healthily without getting hurt like you’re doing now. Good luck! And let’s meet up and talk about the makchang restaurant.” 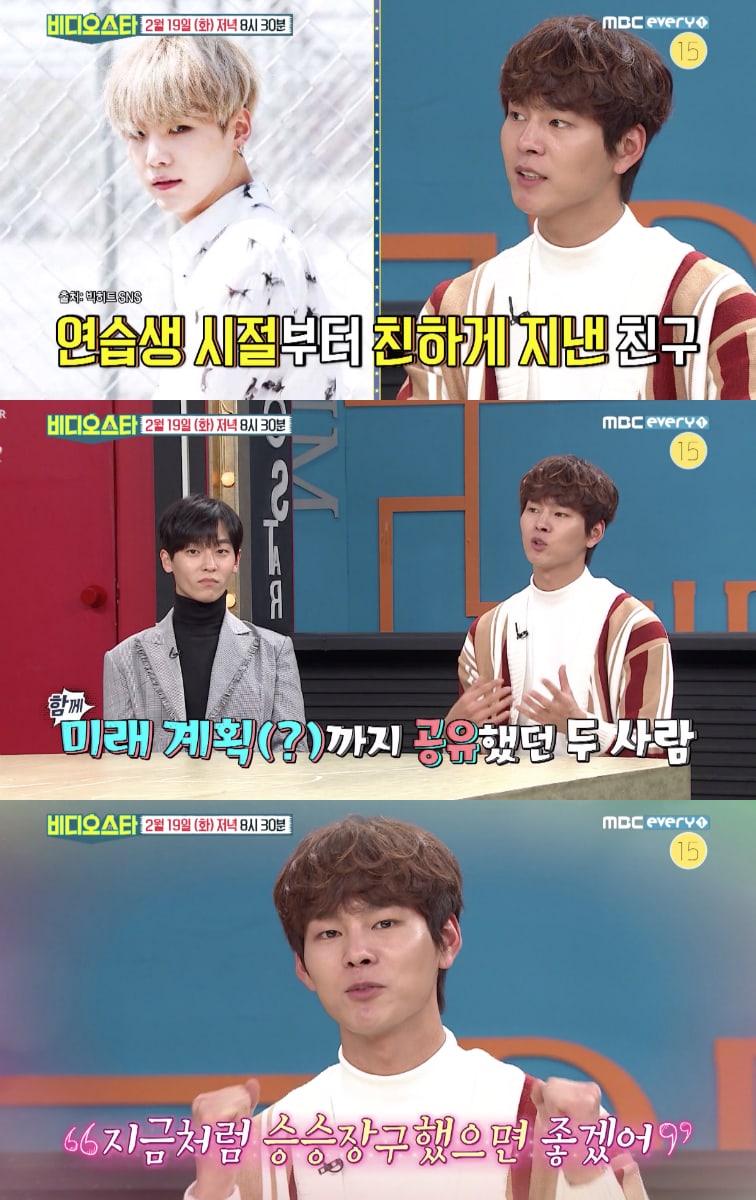 “Video Star” airs on Tuesdays at 8:30 p.m KST. In the meantime, check out the latest episode of Park Sun Ho’s current drama “The Best Chicken” below!