The two actors met through the web drama “Love Cells” when Park Sun Ho was still a rookie actor. One of the scenes they filmed together involved Kim Woo Bin holding a gun to Park Sun Ho, to which he had to respond with Jeet Kune Do, a type of martial arts, to block him. 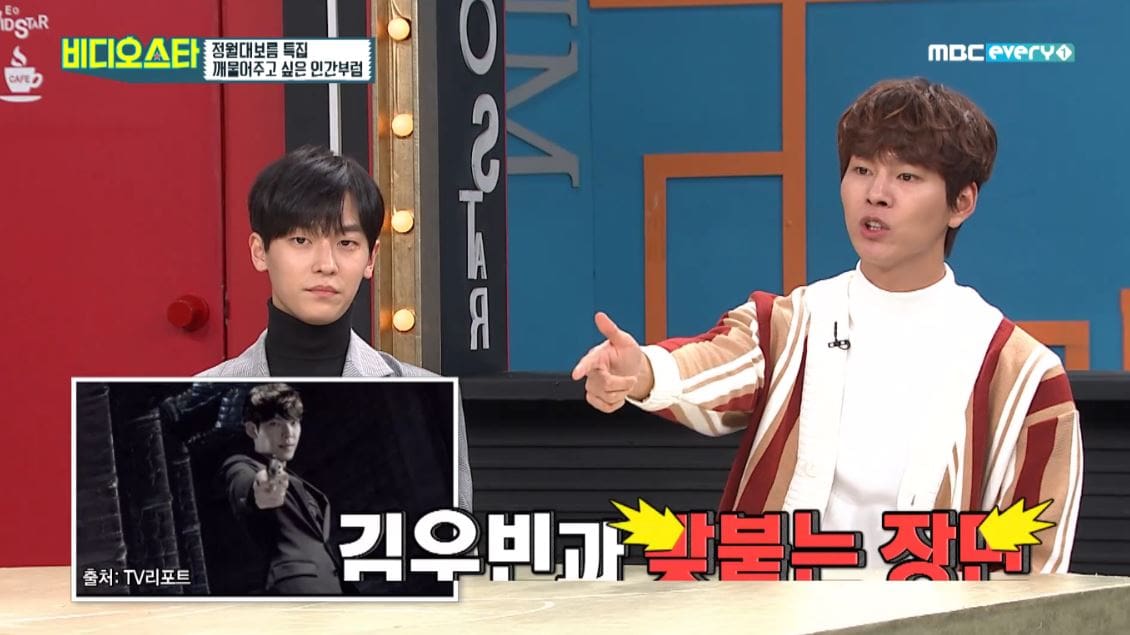 At the time, Park Sun Ho thought that the scene was finished well. However, he later heard that Kim Woo Bin went to the restroom to ask his manager for a band-aid in private because he got scratched during the filming. When questioned why he didn’t ask for one earlier, Kim Woo Bin explained that he didn’t want to disturb Park Sun Ho in the middle of his acting because he was a rookie actor. 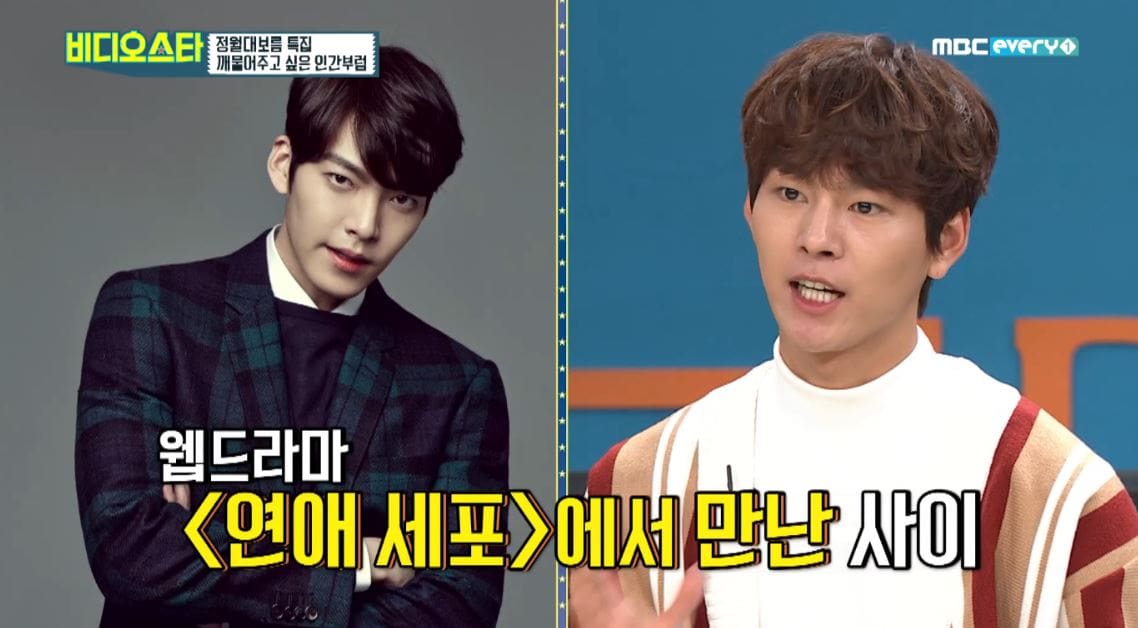 Park Sun Ho said, “After I heard that story, I was so touched. Afterwards, I’ve considered Kim Woo Bin as the greatest hyung,” as the MCs also expressed their surprise at Kim Woo Bin’s considerate manners.

“Video Star” airs on Tuesdays at 8:30 p.m. KST. In the meantime, check out the latest episode of Park Sun Ho’s current drama “The Best Chicken” below!