Park Sung Woong guested on the April 22 episode of JTBC’s “Ask Us Anything” and brought all the laughs.

He appeared with “Man to Man” co-star Chae Jung An as new students who transferred from “Man To Man High School.”

While intimidating the cast members with the charisma he’s known for, he countered their words with ad-libs of his own, proving to be a skilled entertainer. At the same time, it turned out that he wasn’t such a scary person, as he did everything they told him to do, from singing to dancing.

He also shared stories about the obstacles he overcame to get where he is today and how he lied about being able to ride a horse without using his hands to get his role in “The Legend.” 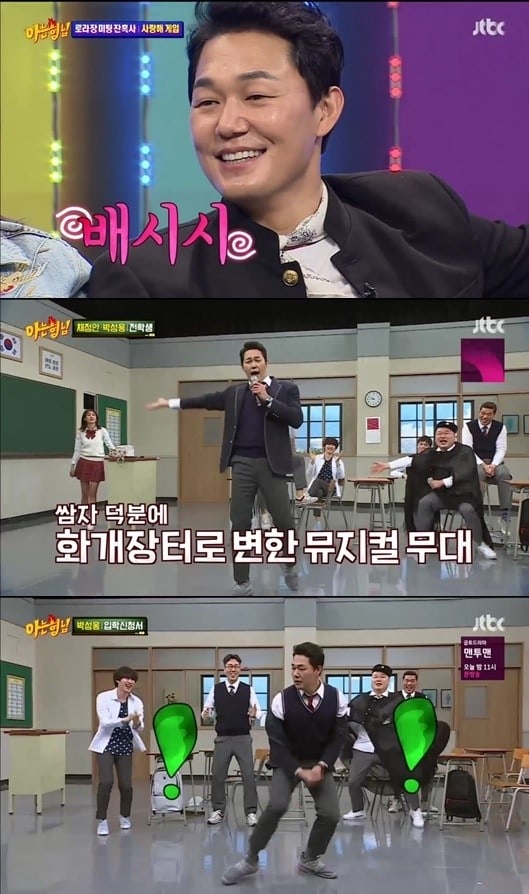 Meanwhile, Park Sung Woong’s new drama “Man to Man” will air every Friday and Saturday on JTBC at 11 p.m. KST.