Recently WINNER’s Song Mino’s place on “Kang’s Kitchen” was temporarily filled by none other than the producing director Na Young Suk.

On the December 26 episode of the tvN variety show, the restaurant ran into difficulties like customers arriving before they could finish preparing the food, an increase in the amount of dishes to wash due to the addition of a new menu item, and more. However, they were able to achieve their highest volume of sales that day by closing time.

Back at the dorm, WINNER’s Song Mino dropped a bombshell on his castmates by revealing that he had to go up to Seoul (the show takes place on Jeju Island) to promote his other show “Youth Over Flowers.” As a result, PD Na Young Suk was enlisted to take his place the following day in the restaurant. 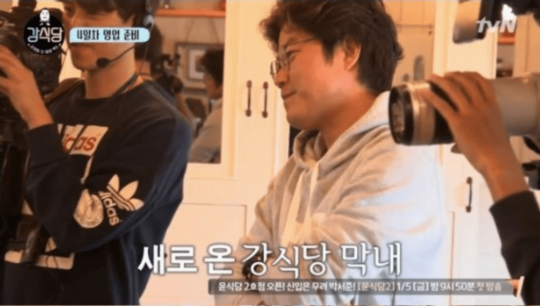 Viewers were entertained at the sight of the famous PD doing menial tasks like washing dishes and taking orders from the cast whom he would usually be in charge of directing. Although the PD adjusted quickly to the hard work, he made everyone laugh during a short break period by pleading for some time alone. 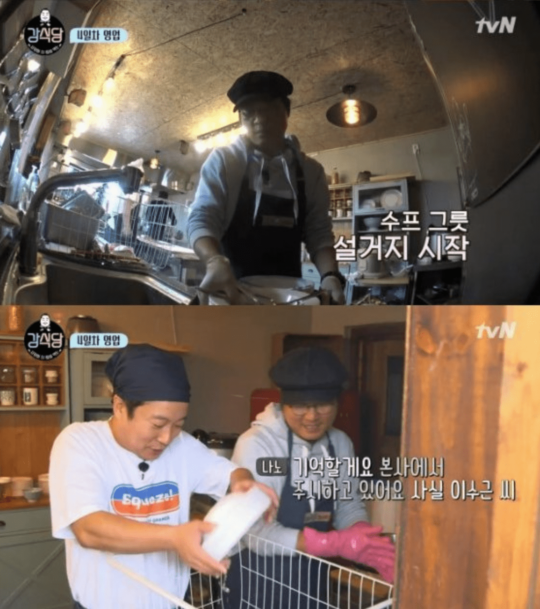