Producing director (PD) Kim Shi Young talked about working with Wanna One in a recent interview with media outlet OSEN.

“Wanna One Go: X-CON” is the third season of Wanna One’s reality show “Wanna One Go,” which is also Kim Shin Young’s first idol reality show. In order to prepare for this project, he said he studied a lot about “Produce 101 Season 2” and Wanna One before filming.

The PD stated, “I was taken aback because it was a male idol reality show. In a way, I was grateful too. They’re powerful and popular, which also made the pressure that much bigger. My personal experience was lacking and this was their first time doing reality, so I was really worried, but they did better than I thought.”

He continued, “I studied a lot about the members’ personal stories, background, and their nicknames from fans. I was also educated by the female writers. I had just one goal for them: to succeed no matter what. While producing the series more than a year and a half, I wanted to make a program that would help them in the future and something that fans would like.”

Kim Shin Young closely watched the members while working on seasons one to three of “Wanna One Go.” He praised the group throughout the interview and described them as bright, fun, young men with good character who think of the staff first.

He explained, “I clearly remember the first day of filming. We shot from as far away as possible to film the members’ real charms. They weren’t masterful as professional variety show members, but they all showed their true personalities. They were pure and charming, to the point that 62 minutes of footage extended to 80 minutes. There were so many small, fun things that I was worried about how to show all of it. I wanted to convey all of the members’ appeals, and was sad and apologetic that there was a set amount of time.”

He continued, “They had so many scheduled events, but I was really thankful that they still worked hard while filming. The members are warmhearted, so unlike other celebrities, they approach the staff in a friendly manner and rely on them a lot. There are also many cameras that follow them, but when they see our staff, they’re the first ones to say hello, strike up conversations, and share food. We can’t air these [scenes], but I’m really grateful. They have a lot of innocence that can’t be seen in other celebrities.”

For the PD, Wanna One’s thoughtfulness and warm personalities stuck out as the most memorable parts about filming the third season of the show. Kim Shin Young revealed, “We once had a unit date at a scenic mountain cabin. We gave them good lunch boxes and filmed far away, but because the crew was filming without eating, Kang Daniel picked at his food. After filming ended, he brought the lunch to share with the staff. Ha Sung Woon also grilled pork belly and kept giving us lettuce wraps. We’ve become close like family.”

He added, “Season 3 has five episodes until X-CON. I’m not sure about seasons four and five, but I want to bring it to a successful conclusion although I don’t know what will happen. I’m always thankful to the members. It’s basically their first experience, but they were completely open and accepting. They worked hard even though they were tired. I really want to express this gratefulness.” 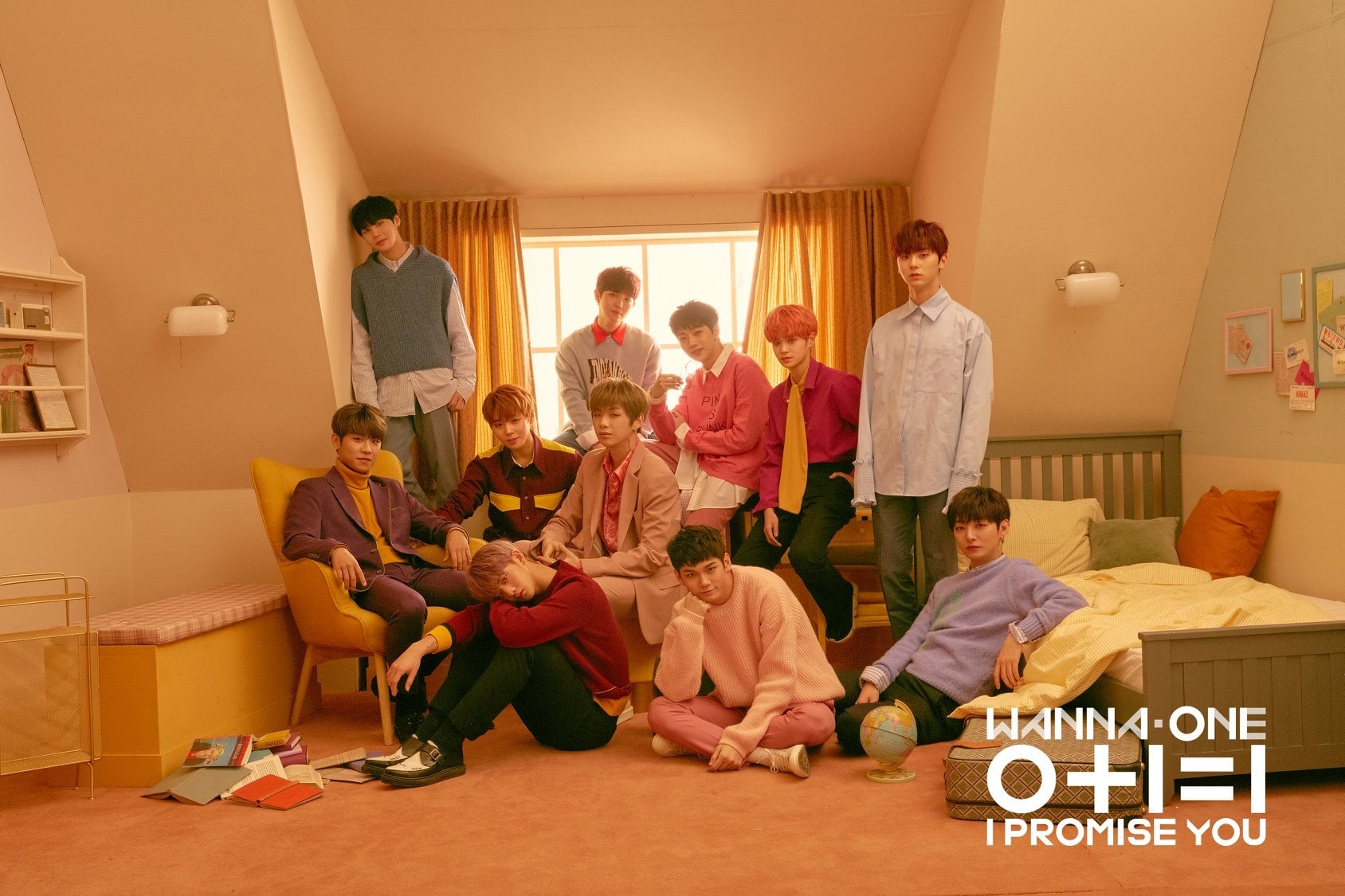 Kim Shin Young then took the time to talk about and thank each member.

About Kang Daniel, he said, “He’s the first member that comes to mind. Kang Daniel is very broad-minded, cheerful, and fun. He kind of has a gruff but warm personality like when he didn’t eat the lunch and brought it to the staff. There are many parts to him that are touching. He says things as if he’s not paying attention, but has the kind of personality where he takes care of others. He’s that way to all of the members.”

The PD continued, “Ji Sung really is Wanna One’s mom. He takes care of all of the 10 members and also thinks about the formation of the shoot. The members film comfortably, but he pays a lot of attention to if they’re doing a good job. I feel sorry for him but am also thankful. When the younger members are tired, he energizes the others. It all shows on broadcast, so he pays a lot of attention and he’s a leader that I’m personally grateful to.”

Describing Park Woo Jin, he stated, “Woo Jin is a member I want as a younger brother. He’s a strong character and is a member who is most similar to someone his age. But the plot twist is that he’s different on stage. When we edit, he’s the funniest and most realistic member, but I get chills when we sometimes insert performance clips. Did he have this side to him? Haha”

Kim Shin Young then spoke about Kim Jae Hwan. He commented, “He’s a member who’s vocally appealing and is acknowledged for it, but is also clumsy and innocent. He’s close with the members and is easygoing. His vocals are professional, but he also has an unexpected charm and is a member that the staff also like a lot.”

About Ong Seong Woo, the PD said, “He’s a very gentleman-like member who is well-mannered and was raised well. He’s very thoughtful and says himself that he received a lot of love growing up. I think he’s thoughtful and affectionate because he grew up that way. More than anything, he was born to be a celebrity. He’s really handsome.”

He then spoke about Hwang Min Hyun. Kim Shin Young stated, “Perhaps it’s because he promoted for a long time in NU’EST and had a long period of time where he wasn’t well-known, but he’s the most comfortable member to work with when we’re filming. He has a lot of broadcast experience, so he knows the way of the broadcasting system, but still has the mindset of a rookie. He always monitors during breaks and always works hard at whatever he’s doing.” 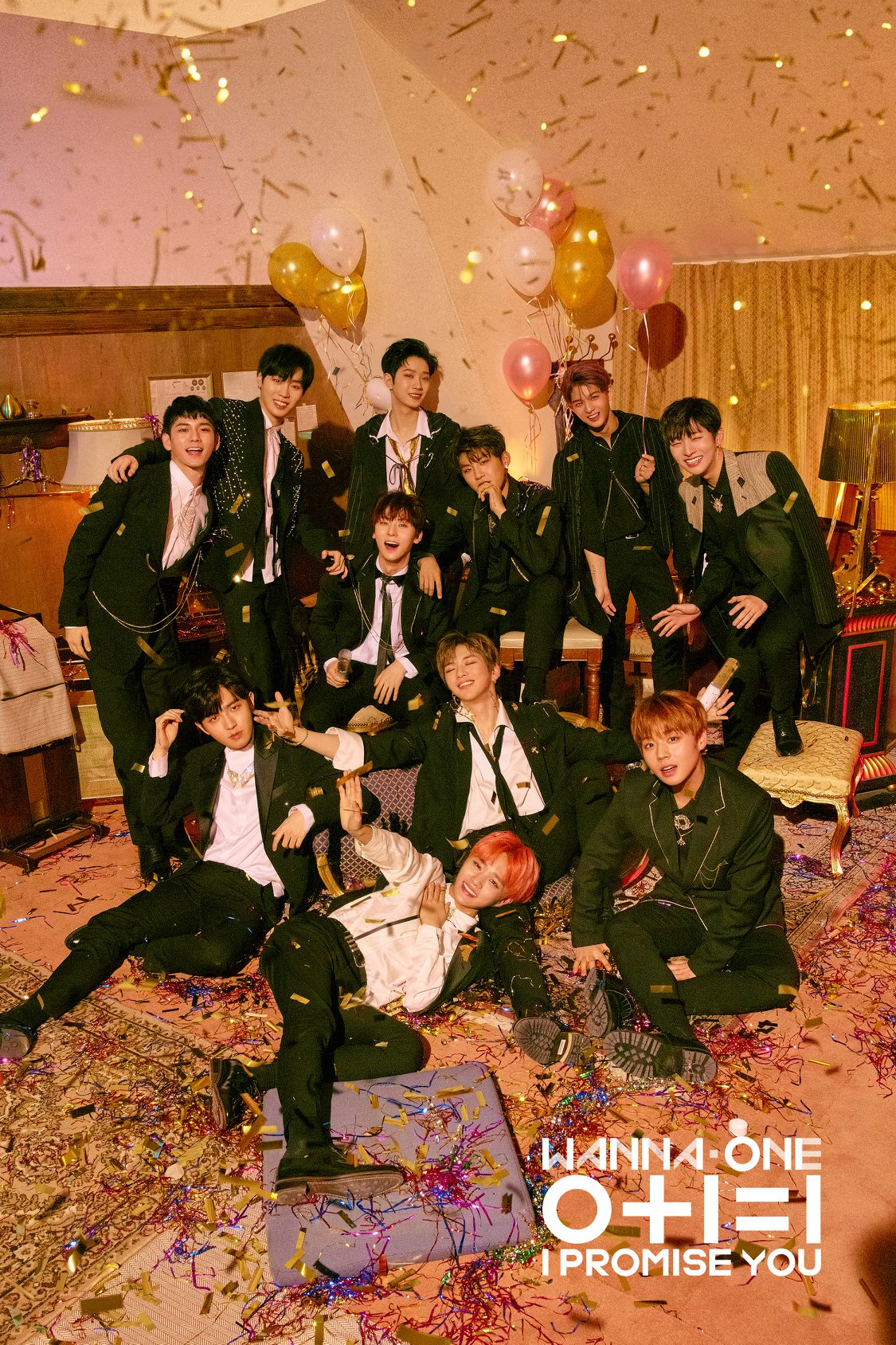 Talking about Park Ji Hoon, the PD revealed, “He’s really cute looking, but he’s very manly. He likes hiking with his dad and is good at all sports. He has athletic skills when playing soccer or foot volleyball. He has many appeals like being surprisingly manly despite his cute looks, but also shows his cuteness when asked to do so.”

He then brought up Bae Jin Young and said, “He’s a member who really practices a lot. Other members also practice all night, but he’s a hard worker who will do it for another hour. He’s also strong at focusing. Backstage, before going on stage, the look in his eyes changes. The older members make fun of him, but he prepares in his own way. I’m sad and sorry that I can’t show a lot of that on air.”

About Lai Guan Lin, the PD commented, “I’m sad that I can’t convey many of his appeals on the show. Working in Korea must be difficult, but he really works hard. He tries to make up for what he lacks in and tries to understand things quickly. He really works hard to not affect their work in Korea as a Wanna One member, so the older members adore him.”

He continued, “Lee Dae Hwi is a very ambitious member. It’s a good thing to have ambitions and a will for what you want to show and the music you want to do. He has many skills too. He’s good at singing and makes his own music. He’s someone I hope will show a bit more.”

The PD then spoke about Ha Sung Woon. He explained, “He’s a member who’s very warmhearted, like how he was in the pork belly story. He’s the type to be the friendliest to the staff. He also talks a lot about personal things even if we didn’t ask, and it has nothing to do with filming. He often asks for the opinion of the camera director. He’s a member I’m grateful for being affectionate like a younger brother.”