On November 28, the Korea Culture and Entertainment Awards honored some of this year’s biggest achievements in Korean entertainment and popular culture!

The annual award ceremony, which took place in Seoul at 4 p.m. KST, recognized the accomplishments of various executives in the entertainment industry, as well as entertainers in a number of fields.

PENTAGON later wrote on Twitter, “Thanks to the overflowing love of our UNIVERSE [PENTAGON’s official fan club], we were given the honor of receiving the K-Pop Artist Award at the 2018 Korea Culture and Entertainment Awards today!”

They went on to add, “We will become a PENTAGON that repays [your love] with even cooler performances in the future! We are always thankful. We love you.”

Golden Child also shared photos of themselves with their trophy and wrote, “Golden Child ended up receiving the honor of the K-Pop Artist Award at the 26th Korea Culture and Entertainment Awards. Golden Child worked hard this year, and our Goldenness [Golden Child’s official fan club] always remained by our side. Let’s continue to happily walk together for tens of thousands of years.”

LABOUM expressed their excitement through their own message of gratitude, writing, “We received an award! We will become a LABOUM that works even harder in the future. Thank you.” 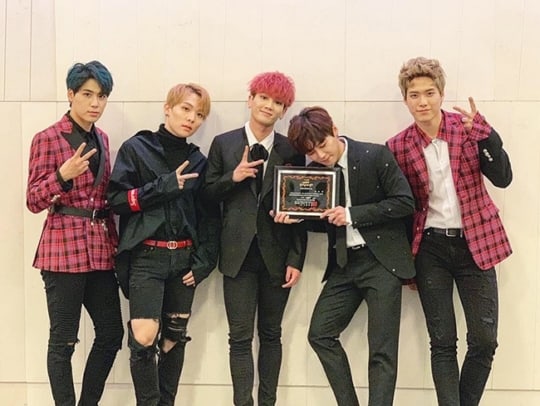 Check out this year’s winners in the drama and film categories below!

Congratulations to all of this year’s winners!