PENTAGON has shared how things are different for them after the popularity of their song “Shine”!

On the May 4 episode of “Celeb TV,” PENTAGON appeared as guests. Their recent track “Shine” became steadily more popular over the month since its release, and it is now their first song to enter Melon’s Top 100 realtime chart. During the show, they talked about seeing the song become a success and how they feel when promoting now.

Yeo One said, “The moment when I realize its popularity is when we’re on stage. The number of fans who come to watch has increased. In particular, when I saw that other people who aren’t our fans are enjoying it too, I felt how ‘Shine’ has become popular.”

Hui also said, “I think the energy of the members has changed. We’re happy even if we’re staying up all night, and we’d be happy even if the person next to us hit us.”

Hui also talked about a dream he’d had before they entered the chart. “I couldn’t even have imagined this at that point,” he said. “But I had a dream that we were nominated for first place. I saw us standing in that spot.”

Host JeA also asked the group which one of the members streamed the song the most, and Kino was chosen by many of the members. “I really wanted it,” he said. “I heard that it helps if you stream when you sleep, so I’d turn off the sound and stream our album.”

When asked if they want to write the group’s title track in the future, Kino said, “I really don’t have any ambition about that at all. To be honest, my song has happened to be receiving love in Japan so I’m grateful. But the reason I write songs isn’t because I think ‘I’ll sell this song,’ it’s because it’s fun. Hui is the same way. We’ve improved in skill while sharing our music.” 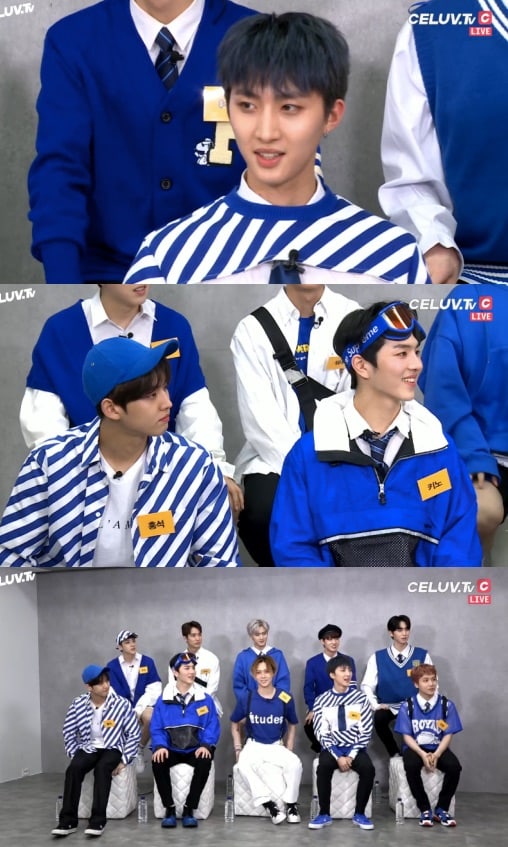 “Shine” is the title track off PENTAGON’s latest mini album “Positive,” and it was composed by members Hui and E’Dawn along with Flow Blow. It became their first song to enter Melon’s Top 100 chart on May 1, and had risen to No. 56 as of the morning of May 3 KST.

The group most recently performed “Shine” on “Music Bank” on May 4, and you can check out their performance here.