After releasing the first set of concept photos for their upcoming mini-album LOVE or TAKE!, PENTAGON is back with teasers for the album’s sporty version.

At midnight (KST) on March 3, images were released showing all of the members look cool, calm, and collected posing on a tennis court. 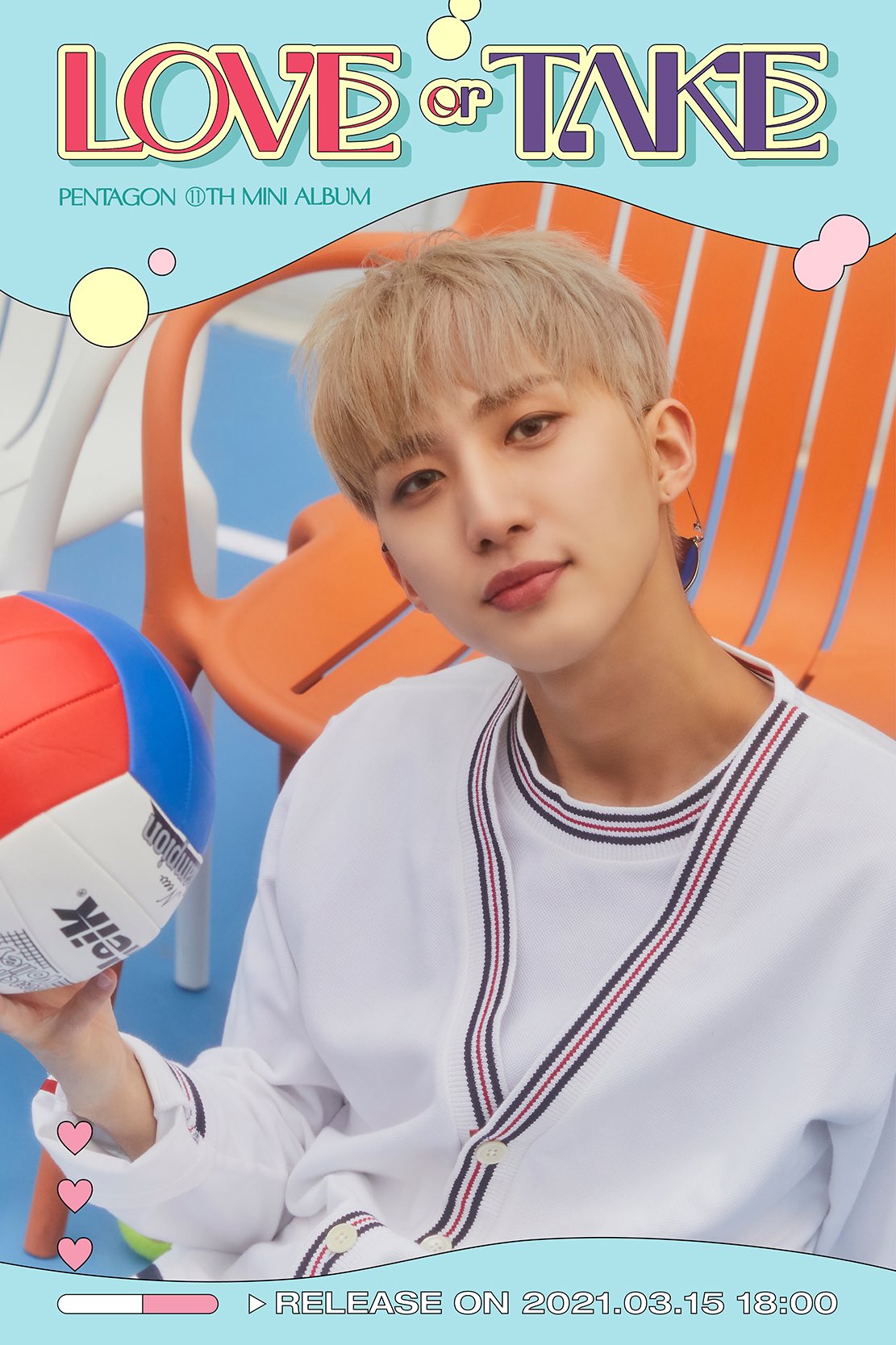 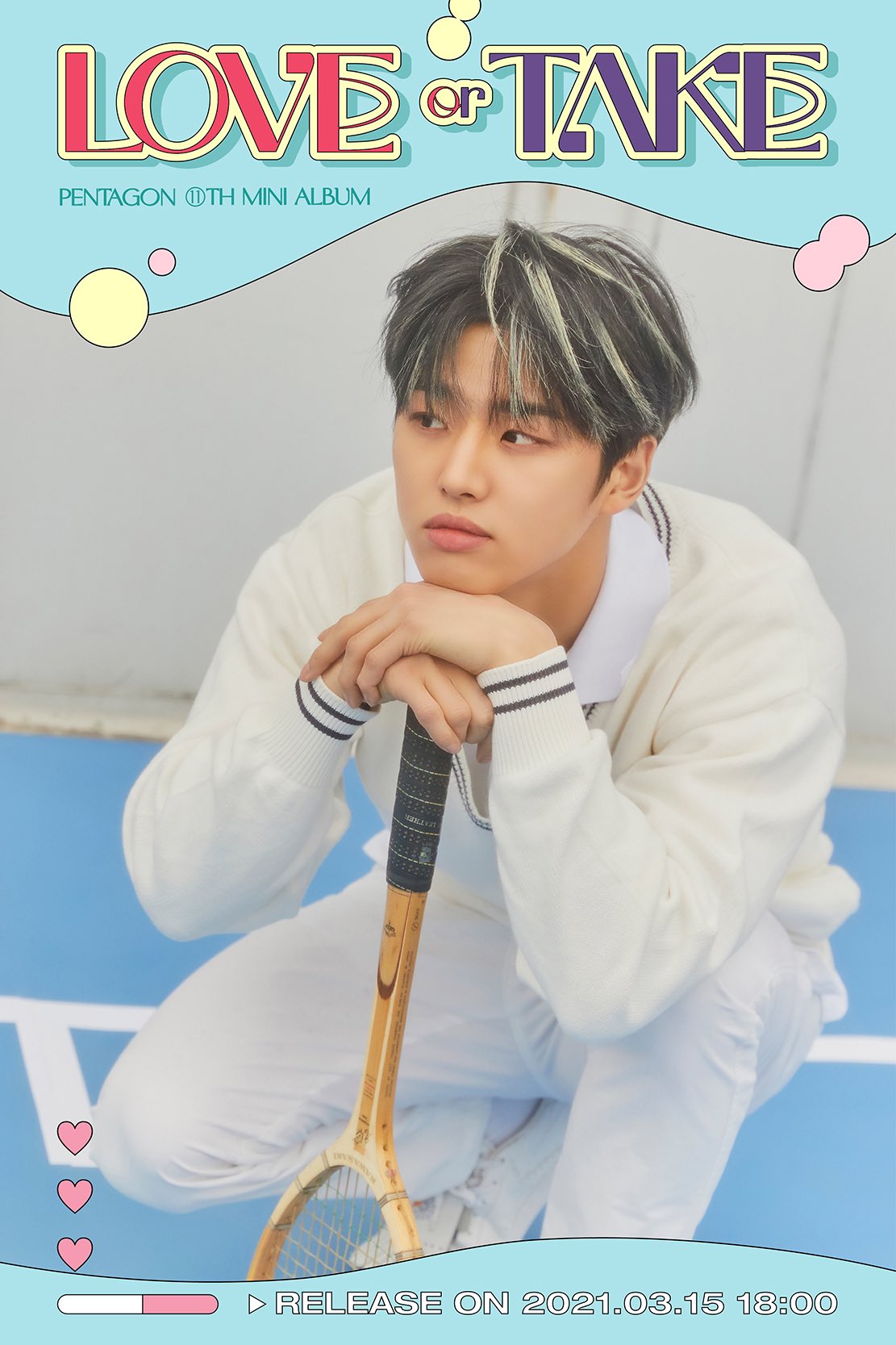 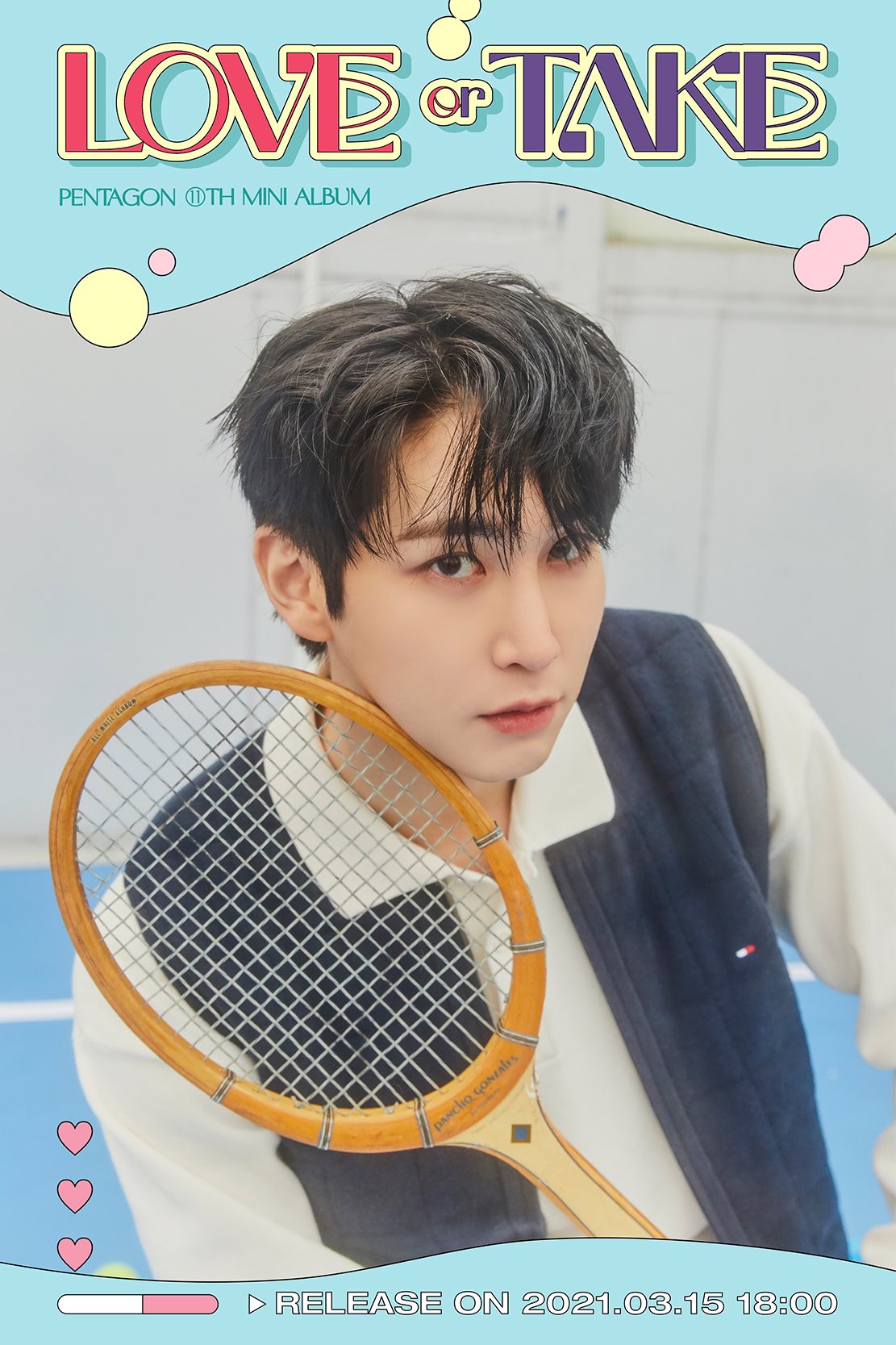 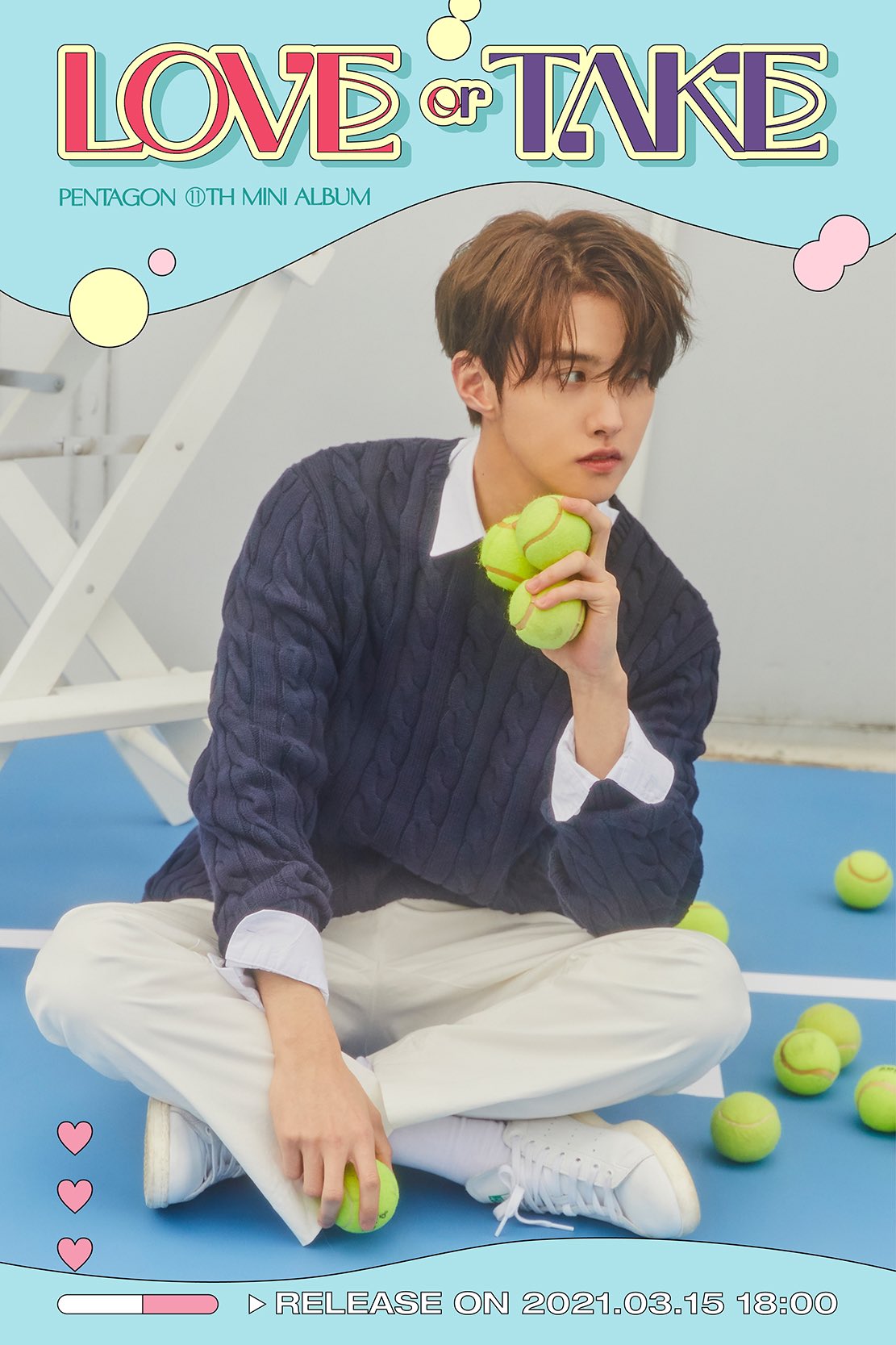 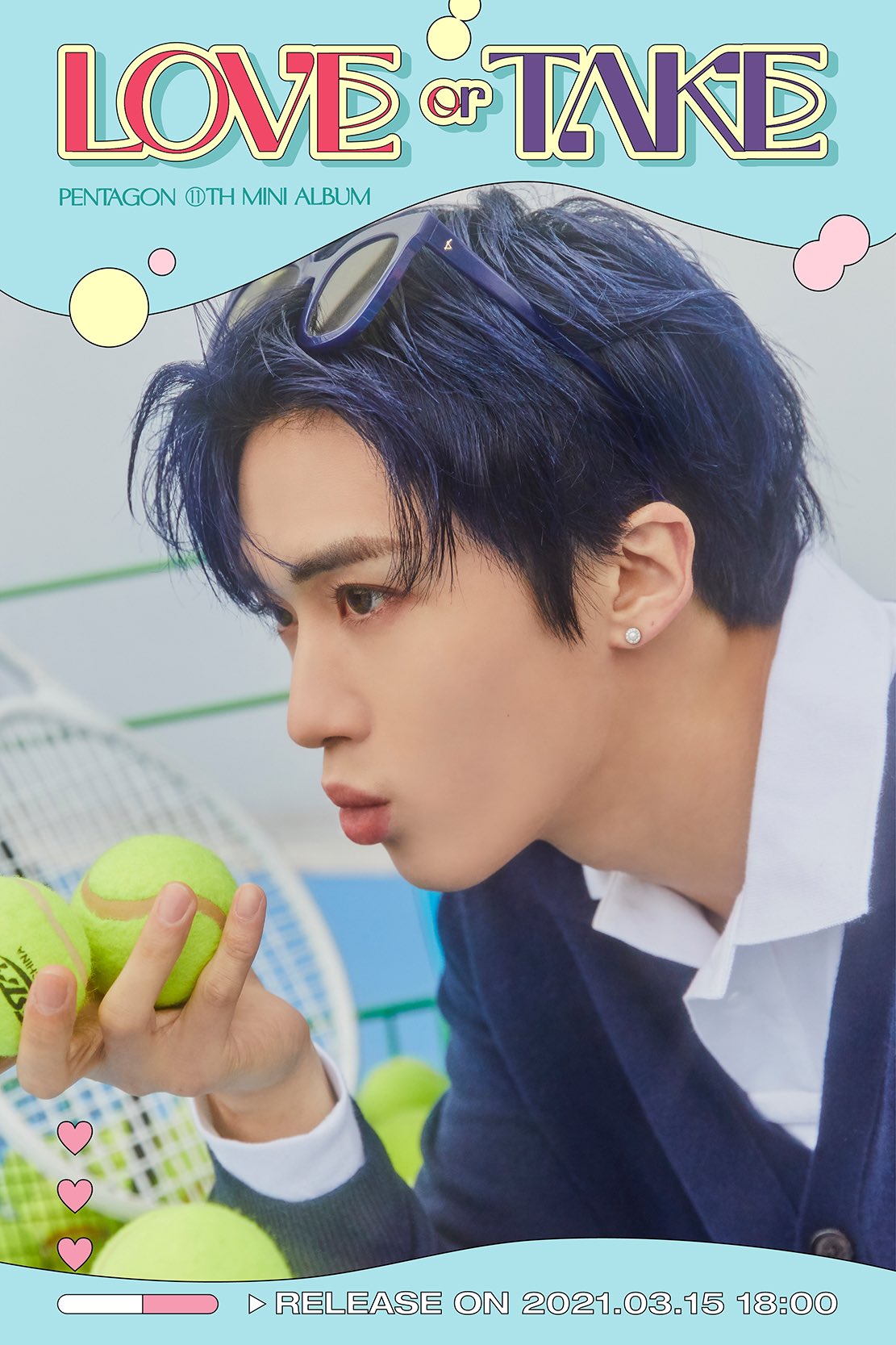 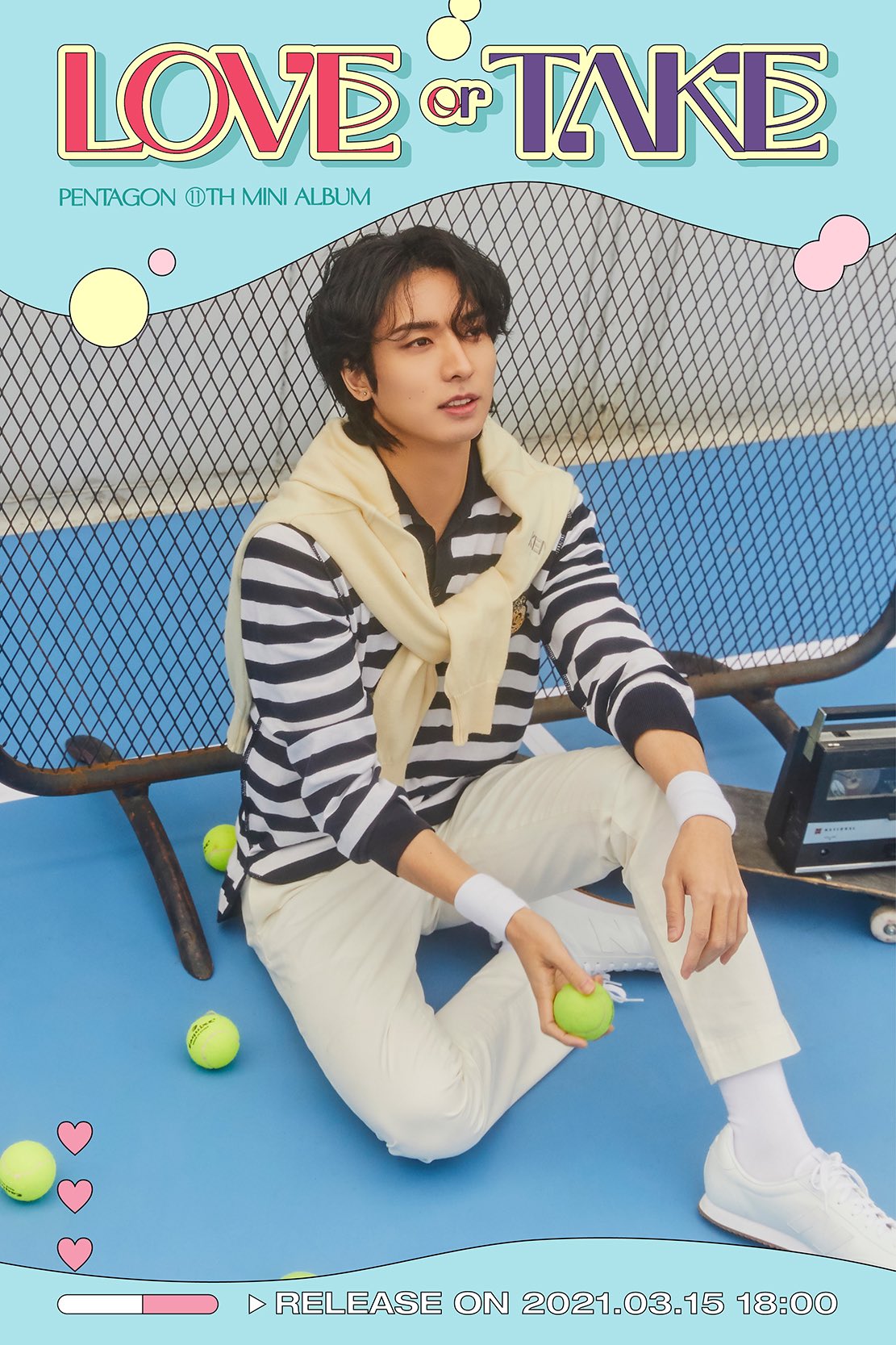 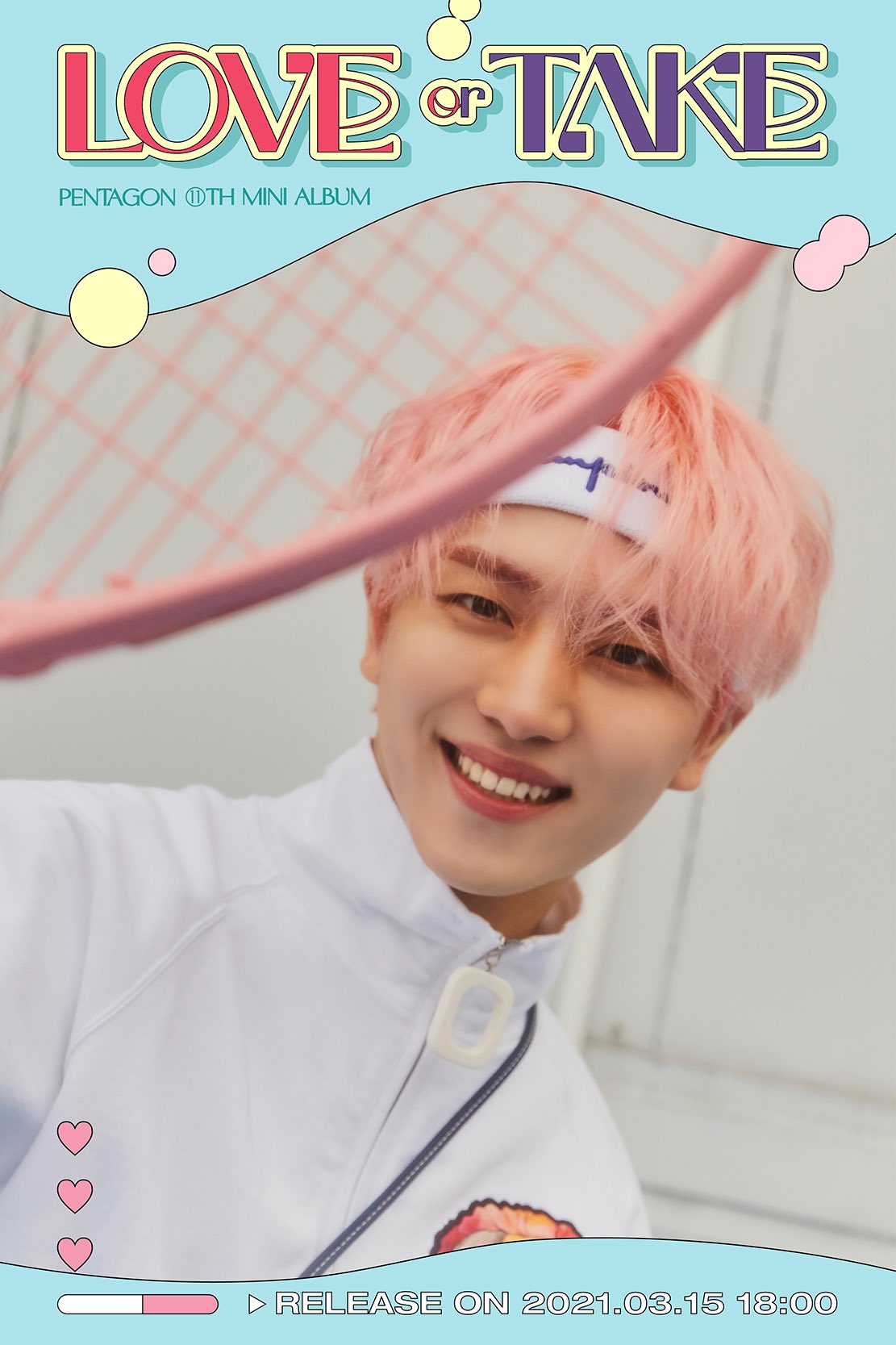 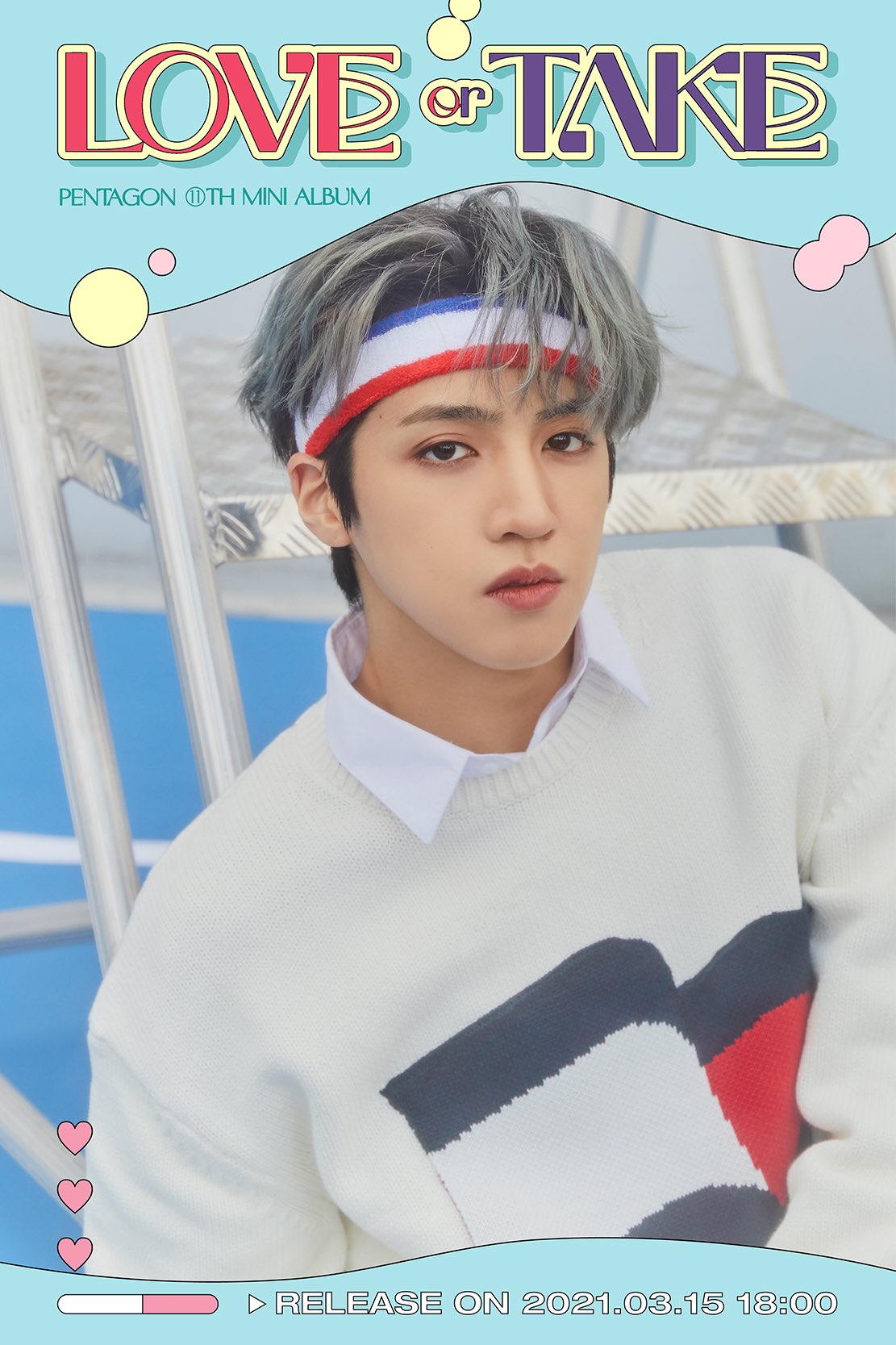 Although Hui is currently in the army, he and maknae Wooseok participated in the tracks “10 Seconds,” “That’s Me,” “Sing,” and the title track “Do or Not.” There is also a bonus track called “Young Sentiment,” which is a solo track by Hui.