PENTAGON recently spoke about their latest comeback in an interview.

The group dropped their sixth mini album “Positive” and has been promoting the title track “Shine.” When asked if the group could feel the positive responses [to their latest comeback], Kino answered, “At the ‘Like This’ fan showcase, I made a wish to receive more than 10,000 hearts on an online music site. After that, only six or seven months had passed, but this time we surpassed 12,000 hearts in two weeks and recently surpassed 18,000 hearts. I was thankful to just receive over 10,000 hearts, but this time the hearts are definitely increasing quickly and people seem to be liking it, so I’m feeling it in that regard.”

E’Dawn said, “For this nerd concept, we not only discussed the song and the choreography, but we also communicated with our makeup and hair stylists. Our makeup artist said that she’s hearing lots of praise about the concept, so I knew about it being favorably received. It makes me proud that many of the members’ opinions were incorporated.”

As the member who best fits the nerd concept, E’Dawn answered, “Even with myself included, I think Yan An matches it really well. Yan An is tall and handsome, so I was worried about whether he’d look good with the nerd concept, but I’m happy that he pulled off the attitude, makeup, and styling really well. I’m proud.”

In regards to the well-being of his plants, E’Dawn replied, “They’re growing so well that I have to grow them in the yard. To be honest, it’s not to that extent, but they’re growing every day.” Kino added, “I was surprised that they grew so well.”

The PENTAGON members also commented on their growth as artists. E’Dawn said, “It was the first time the members promoted with a bright concept. Before, it was heavy and powerful, but all of us have bright personalities and are close, so I thought that it’d be nice if that energy showed on stage and I think it was expressed well. I like that it’s a different concept than from the past.” 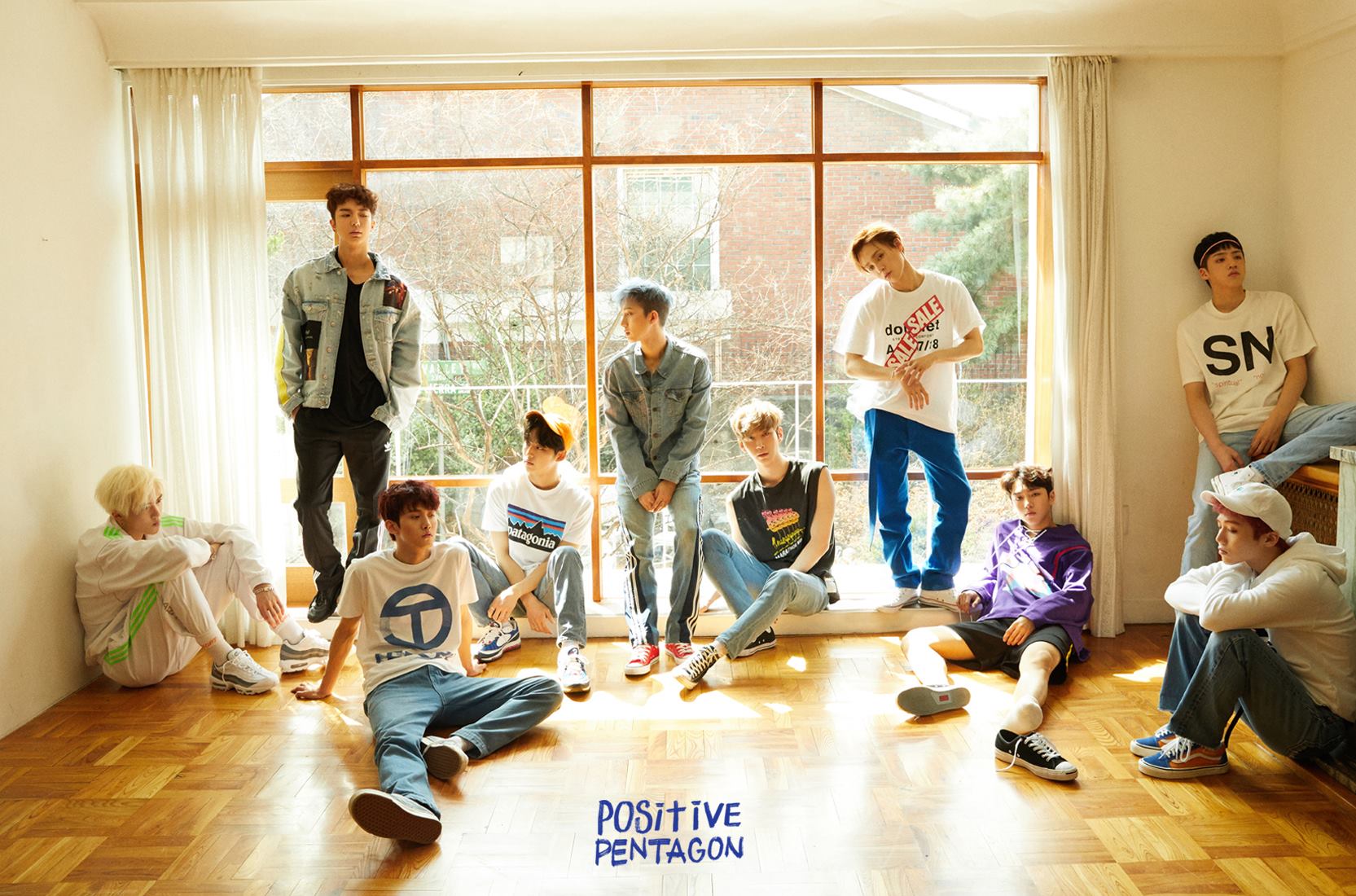 Hui added, “I think it showed us naturally enjoying ourselves. At first, we said, ‘Let’s have fun’ but since we didn’t have any experience doing so on stage, it seemed less natural. These days, I think we’re getting better at showing that we have fun amongst ourselves.”

When asked if PENTAGON matches more of a powerful or bright concept, Hui responded, “Instead of saying one of these is PENTAGON’s color, I think [these things] are just one part of our musical history. If we showed that we could do powerful performances and nerd concepts in the past, then next we could try something sexy. But I don’t think we can say that that is PENTAGON’s color.”

He continued, “I think showing various colors of PENTAGON is a part of the process. The 10 of us share a lot of our thoughts about concepts as well as concerns, and there are many opinions about what concept we should try next. I think we’ll be able to show a more variety of things moving forward. We’re always thinking of what we can do in order to show things more in a fun way.”

As a producer and member, Hui was asked if he felt especially proud [of himself] in regards to the group’s recent success. He commented, “Until now, I had many memories of struggling by myself and writing songs. But this time, I wrote them with E’Dawn and always had team Flow Blow who helped me, so I don’t feel especially proud [of myself]. I’m just happy and thankful. I am worried about what to do next, but I think I’m more excited.”

Jinho concluded, “No matter the promotions, we’re always thankful for our fans and the public’s interest. It may be because of the stage concept, but we’re doing it a bit more happily so I think they’re enjoying it. We will continue to do more approachable, good music so we ask for everyone to give us lots of interest and support.”