PENTAGON’s Hui is continuing to make a name for himself in producing and composing music.

Kriesha Chu, the runner-up of “K-Pop Star 6,” recently announced her comeback and revealed her track list earlier this week.

On the track list, her title track “Like Paradise” was revealed to have been written and composed by PENTAGON’s Hui along with Flow Blow.

In addition, Kriesha Chu herself participated in the production of the album, with credits on songs like “Sunset Dream” (both Korean and English versions). The album also includes a duet with Min Joo (“Falling Star”). 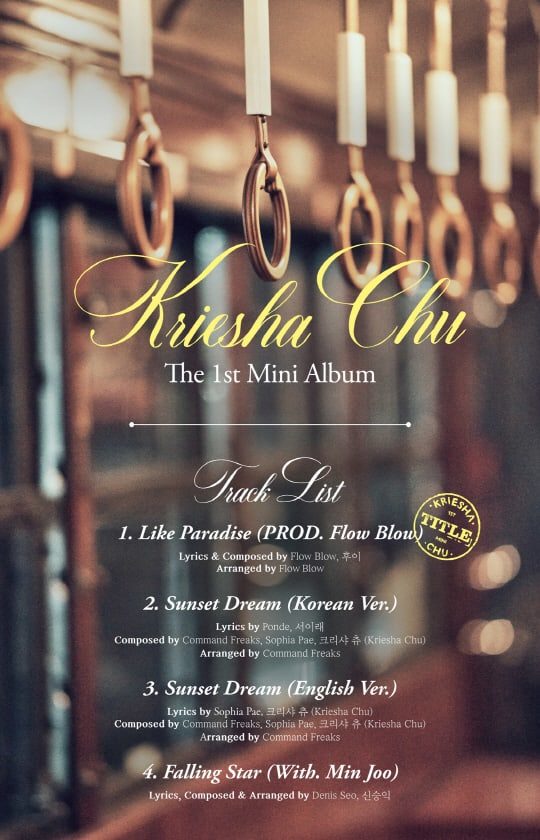 Hui regularly writes music for his own group, PENTAGON, and has famously produced the song “Never” for “Produce 101 Season 2” and “Energetic” for Wanna One.

Meanwhile, Kriesha Chu will be making her comeback with the album “Dream of Paradise” on January 3.