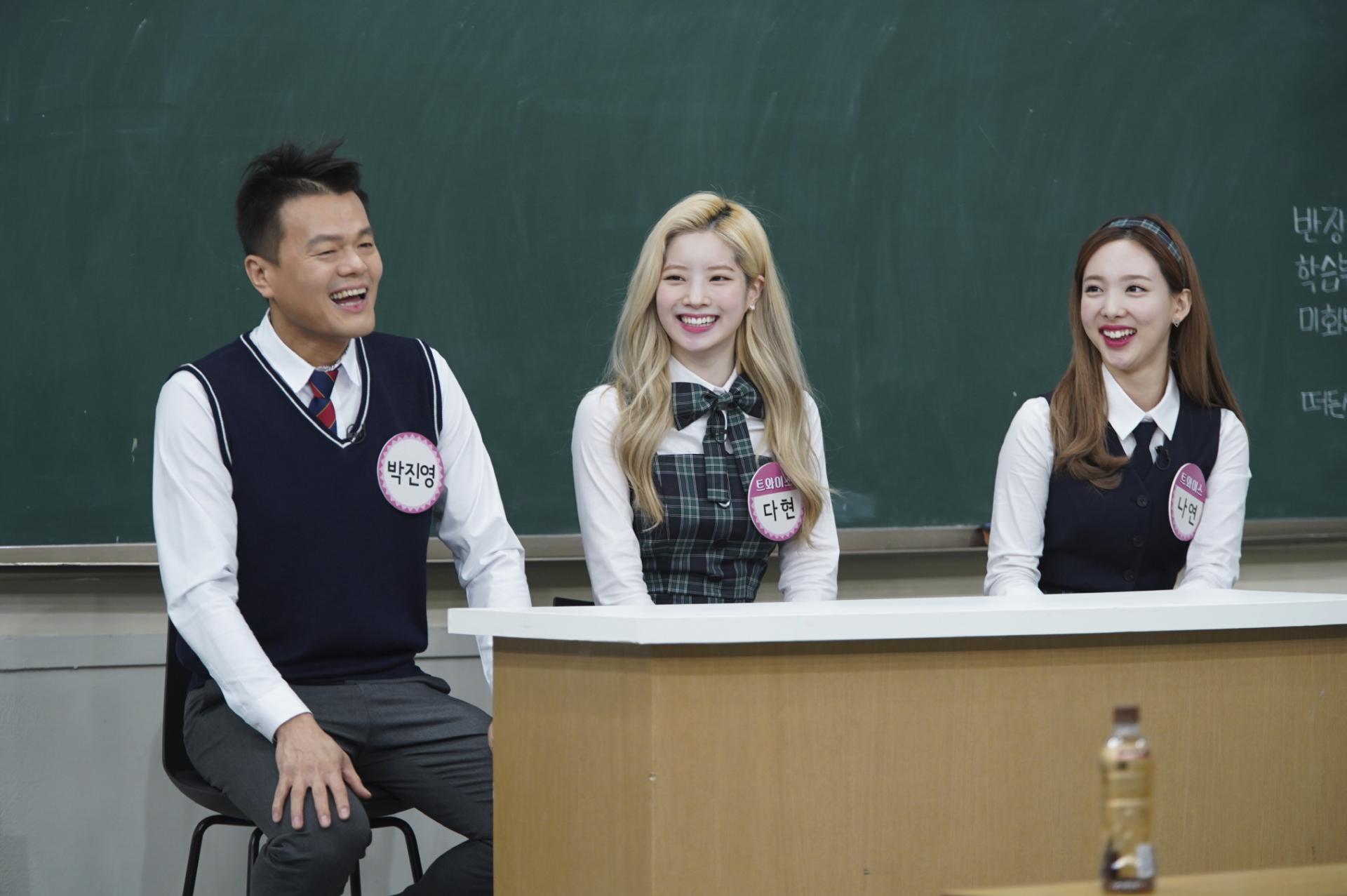 People loved how comfortable the three were together despite how JYP is not only their sunbae but also their boss. As they interacted with each other on the show, viewers noticed how friendly they all were and appreciate how Park Jinyoung treated them as equals rather than as his artists and hoobaes. 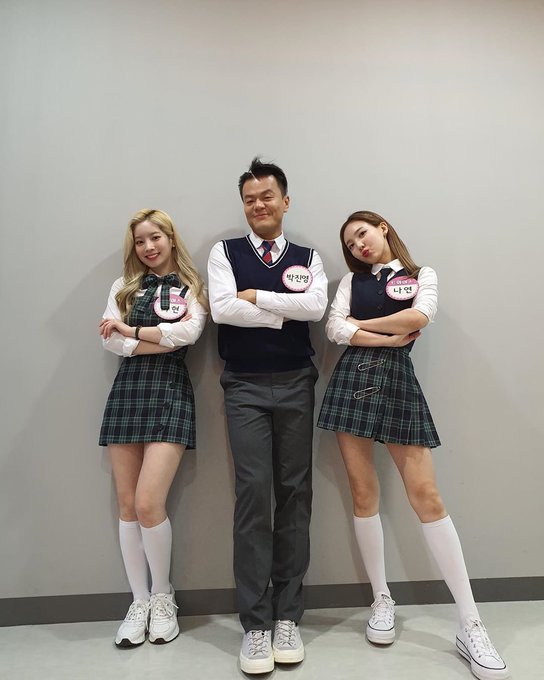 One instance that fans loved is when Park Jinyoung was telling the casts of the show that he wouldn’t buy them food today, but would buy them memories instead. Dahyun was seen getting excited over the words and complimented Park Jinyoung. 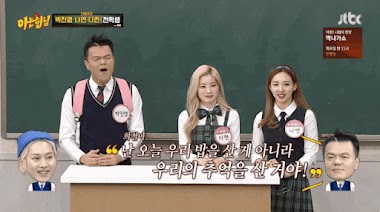 Wah, that was such a cool saying!

Another instance is when they were playing a game. Nayeon and Park Jinyoung were in earphones and, without hearing each other, had to guess what the other was referencing. One word Nayeon had to make Park Jinyoung guess was “Leonardo DiCaprio.” 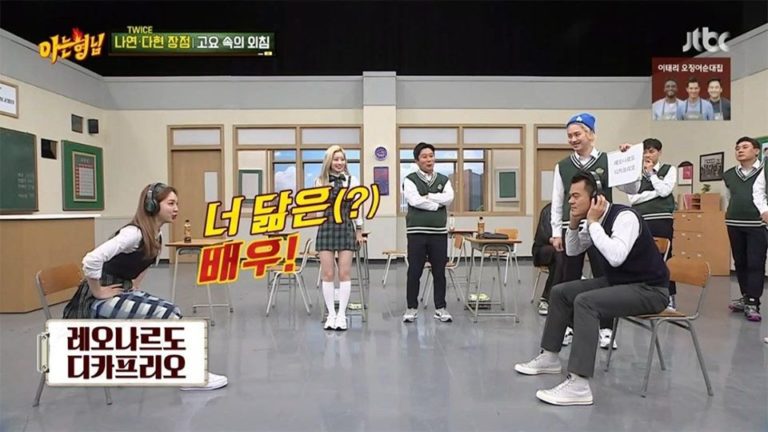 The hint she gave him was, “an actor who looks like you!” 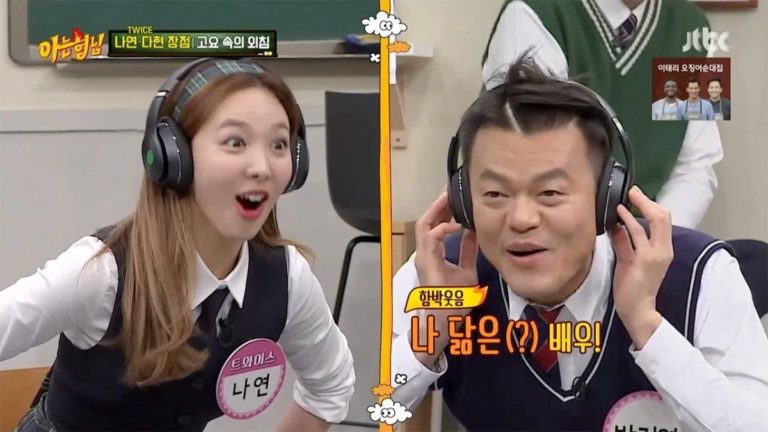 Though JYP had to repeat the hint to be sure, he successfully guessed DiCaprio just from that hint! 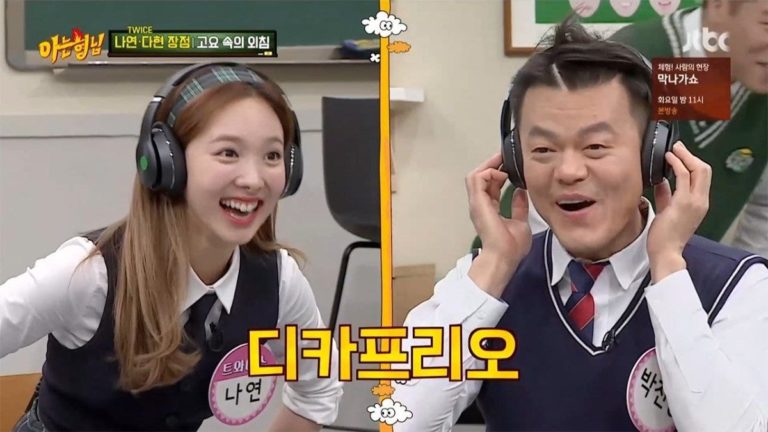 When they found out he guessed correctly, both Nayeon and Park Jinyoung started laughing in shock! 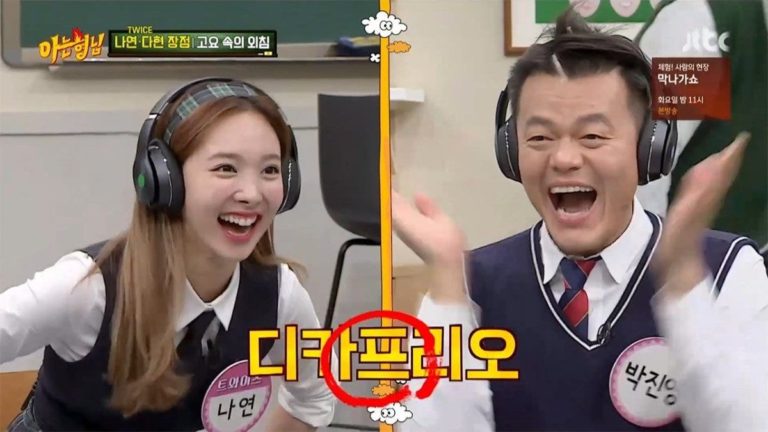 Park Jinyoung is famous for taking care of his artists well, treating them not only like his talents but also his friends, his partners, his equals. Many netizens have claimed that JYP Entertainment is the best company because of this, and people continue to praise Jinyoung for his fantastic personality.