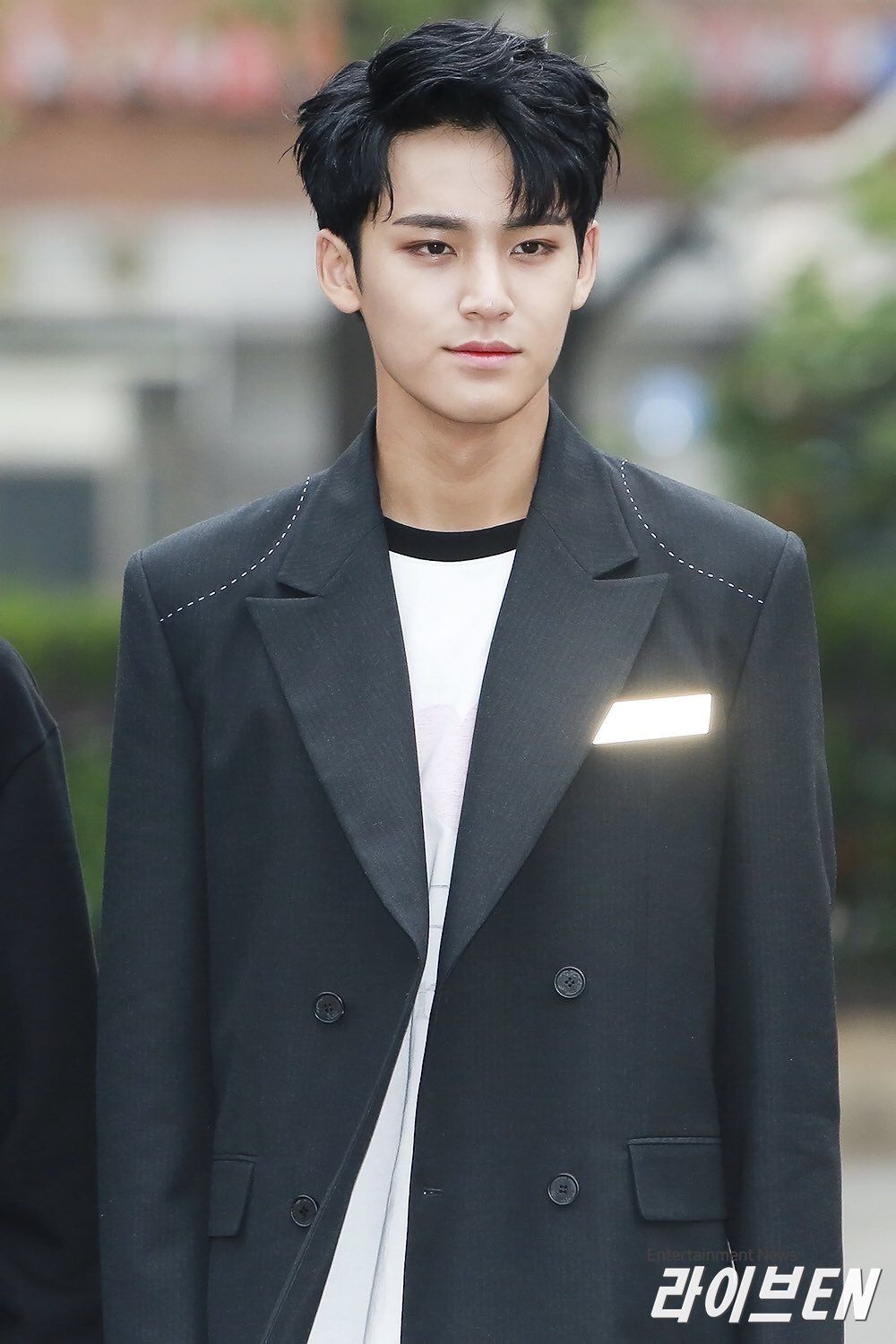 Hello. This is Pledis Entertainment.

We would like to announce our position on the recent claims made online regarding the school days of SEVENTEEN member Mingyu.

First of all, we would like to apologize for not letting you know our position sooner.

Since the time the claims were posted, we have been working on verifying the details through the necessary procedures, including checking with Mingyu himself. During the process, we have discovered that there are differences between what was posted and what we verified through Mingyu.
Currently, there are many social issues related to school violence, and we believe that verification of the issues takes precedence, and we are proceeding with the verification process on all of the claims. We apologize for the delay in expressing our position during this process.

As we stated before, we have contacted the individual involved in the incident through various channels to attempt to clarify what happened, and we are still in contact with them. We have also checked the circumstances relating to the incident with Mingyu’s school alumni. We can explain what has been confirmed so far, and that is the story that Mingyu bullied a disabled student is not true at all.

Mingyu clearly remembered the person who was identified as the victim in the disabled student bullying case, so he was able to contact the individual’s mother after asking around. As a result of the verification process, the individual identified as the victim confirmed they were on good terms with Mingyu. The mother remembered the names of the students who did bully the individual at school, so she was able to verify right away.
Currently, the individual is doing well in society, and feels burdened by the fact that the things from the past are being revealed without their consent. Nevertheless, this individual confirmed the details to help Mingyu.

We are actively looking into the rest of the issues. It is, however, difficult to identify who posted these online, and some posts state that they don’t want to be contacted. Hence, it is difficult to contact some of them, plus we are taking a cautious approach.

We respect the decision of the person(s) who posted the accusations not wanting to meet face to face, and we will meet whenever they want so we can confirm the facts and take action accordingly.

We do not disagree that the issue of school violence, which is also a social problem, should be considered from the victim’s point of view. We have decided, however, that the necessary measures should be taken only after confirming the facts clearly alongside the victim’s point of view.
The current problem now is that the incidents happened in the past when Mingyu was in elementary and middle school, so we believe it is necessary to approach and judge the situation by fact checking as much as we can.

Mingyu himself expressed his sincerest apologies for this incident causing an inconvenience to his fans, and he has temporarily halted all schedules while the agency handles the verification process.

We apologize for the inconvenience caused by our artist.

This announcement does not mean the issue is over, and we will continue to check the facts and take action accordingly. However, please understand that this process is not simple and will take time.

The most important thing is to meet the people who stated they were hurt by Mingyu, check the facts, and heal their wounds. In addition, we ask for your understanding that we can not easily determine what happened in our artist’s past without attempting to confirm the details. Of course, we promise that if we find any wrong-doings after verifying the details, we will take separate measures accordingly.

Once again, we apologize for any inconvenience you may have felt due to our artist.

Earlier, Mingyu was accused of bullying a student at school, which was quickly denied by Pledis Entertainment. A classmate of Mingyu’s stepped up to defend him, but at the same time, another accusation of sexual harassment was made against him.