“Excuse Me, Fan Ascetic” on MBC’s “King of Masked Singer” was revealed to be a popular boy group member who previously made a successful solo debut.

The first battle of the first round was between “The Song of Destiny Teller” and “Excuse Me, Fan Ascetic,” and they sang Hyukoh’s “Wi Ing Wi Ing” for their duet performance.

Their excellent performance resulted in a very close vote, as “The Song of Destiny Teller” won with 53 votes over 46 for “Excuse Me, Fan Ascetic.”

For his reveal, “Excuse Me, Fan Ascetic” performed 4MEN’s “Baby Baby,” which is the song he had prepared for the second round. As the audience went wild while he took off his mask, panel members became increasingly curious, wondering if he is an idol.

“Excuse Me, Fan Ascetic” shocked everyone when he turned around and was revealed to be WINNER’s Kang Seung Yoon. 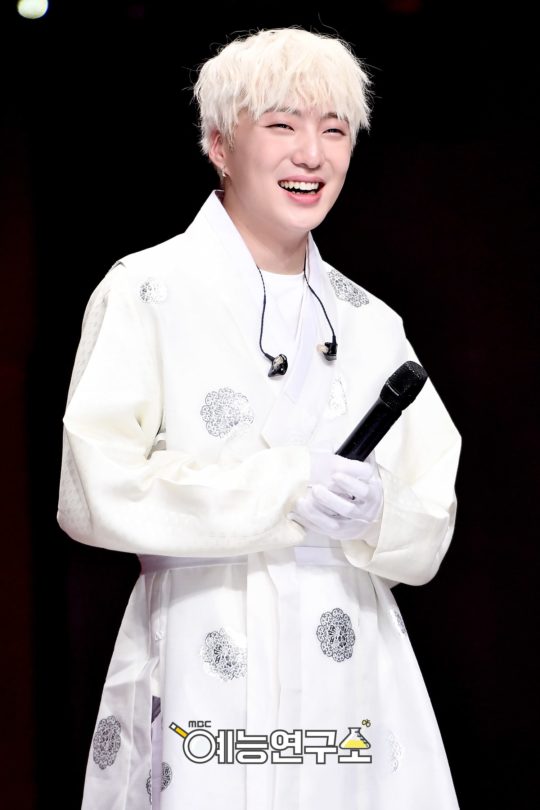 As he greeted the audience, he shared that he had not had the chance to perform solo in years, so he wanted to participate on the show to try filling the stage alone. He also drew laughter as he revealed, “The WINNER members told me to get at least past the first round, so the results are a little disappointing. I think I will get scolded by the members.”