Her “Before & After” type videos rake up over a million views…

… along with a flood of comments from viewers, praising her visuals and asking her for tips on how to achieve the same results. While her channel has long remained controversial for her “seemingly obsessive” plastic surgery videos…

… her latest video about her “weight loss tip” has since sparked an intense debate online. In this video, the YouTuber admitted that following her whole-body liposuction, she has been “scared [she] might return to [her] previous weight.”

She also revealed her borderline eating disorder-like habit of binging-then-vomiting, as well as her bare-minimum daily diet of eggs, rice, and soy milk. 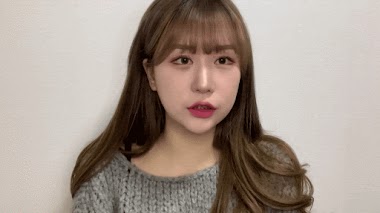 I can’t imagine what it would be like to go back to being 73 kilograms… Like I hate the thought so much. I start chugging weight loss supplements and appetite suppressants because I’m so afraid… I want to be skeletal. My goal is to drop to 43 kilograms. 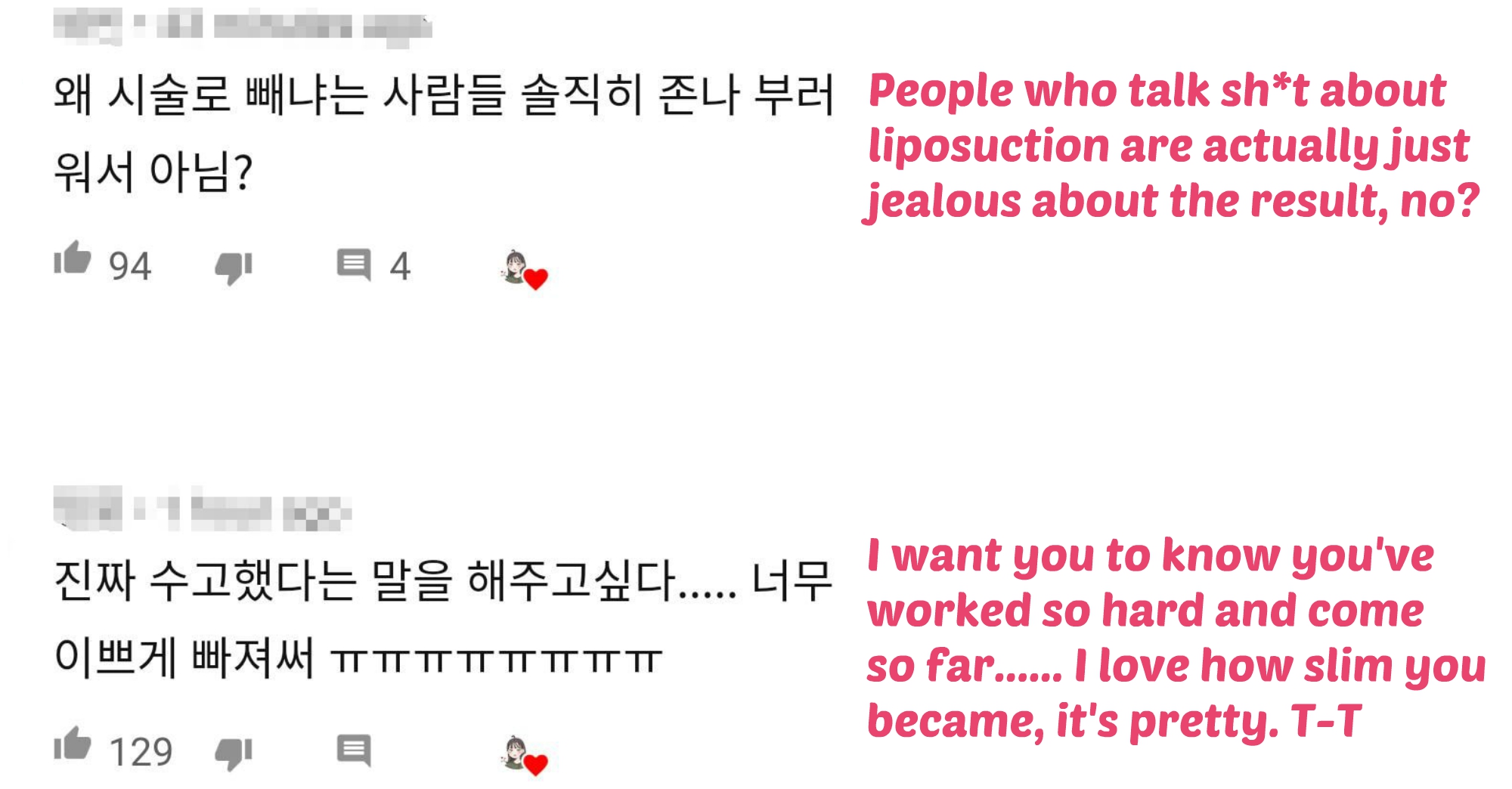 … other Korean viewers are actively voicing concern that the YouTuber is “a negative influence” because her videos could lead people “to believe that drastic weight loss is okay“. Some are even pushing to have the video removed, insisting that it “promotes unhealthy eating and dieting habits” for her younger subscribers.

It’s one thing to have her be like this offline. But for her to be like this on YouTube where everyone, including the young viewers, can watch? She has substantial influence, but she isn’t being thoughtful of how she uses that influence. Some of her most vulnerable viewers are probably already looking up dangerous plastic surgery procedures, liposuction, appetite suppressants, and even binge-vomiting. And no matter who tries to stop them, they’ll go on to ruin their lives because this YouTuber seemingly “succeeded” at achieving her goal.

Mainly though, viewers are worried about the YouTuber’s mental health. Her videos are seeing an increase of comments urging her to “seek professional help” so she can stop “destroying her body any further“.