BTS meets up virtually with fans every Friday through Run BTS, and Jin has become a hot topic of conversation following his appearance on the most recent episode.

On the show, Jin looked like a total fashionista in a cute knit sweater, but the price revelation of his pieces has fans baffled.

The sweater he flaunted for the show was a knit by a Korean brand called MAINBOOTH, and the price point has been revealed to be around $65 USD.

Quite an affordable price for those who want to dress just like Jin, except it’s sold out. 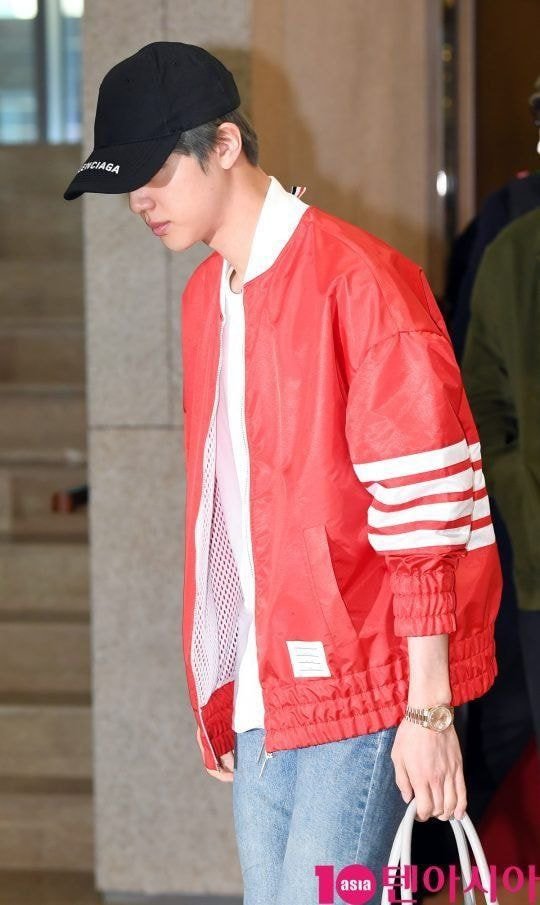 But the contrasting price point of his watch in comparison to his sweater can be shocking to most.

Meanwhile, his Gucci sneakers run around the affordable (?) price of nearly $1000 USD. 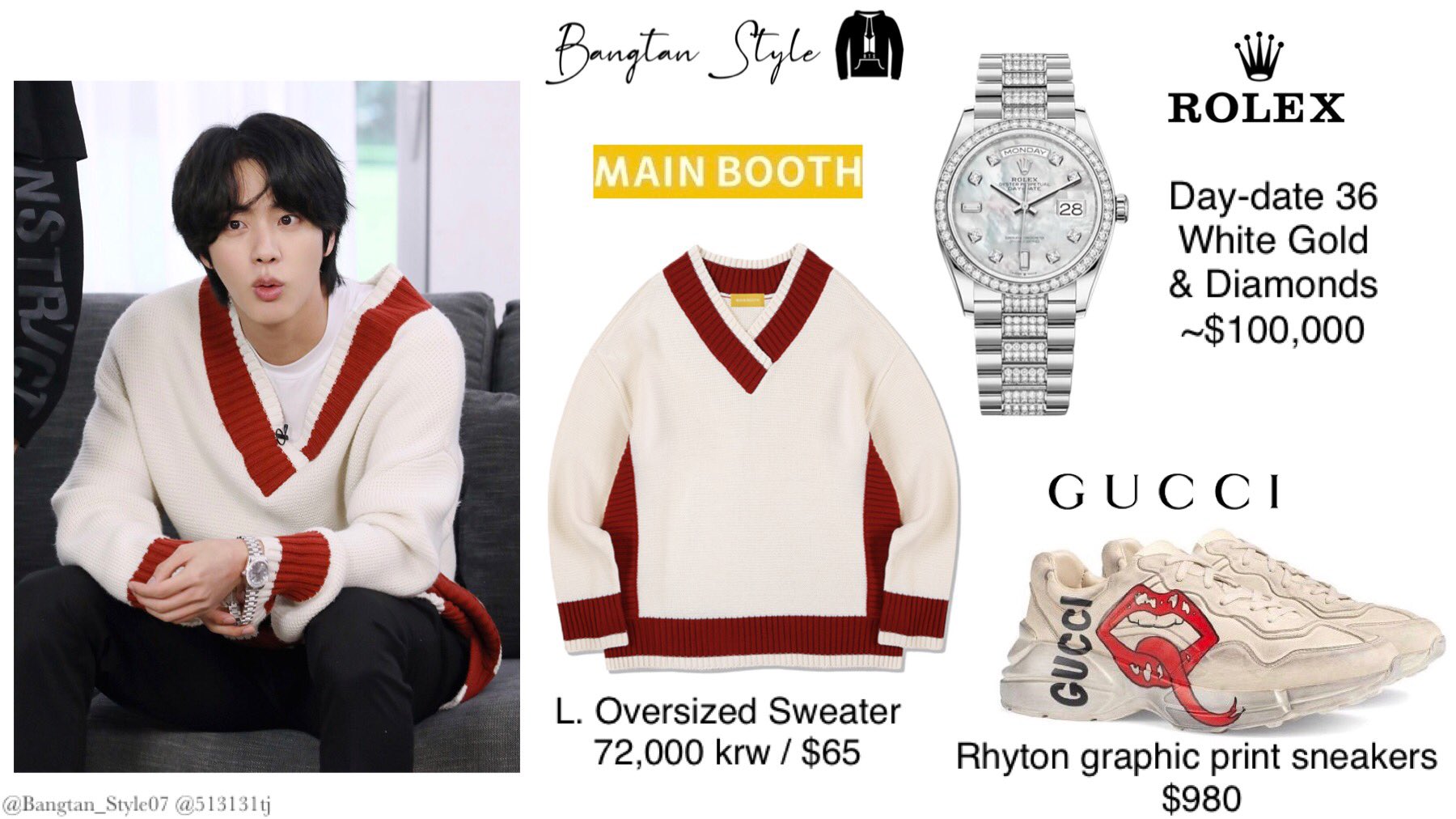 Netizens are expressing their awe with comments such as “This revelation just called me poor“, “Now that’s what you call world-class“, “It’s funny because his sweater is so modest“, and “Seokjin can do whatever he wants“.