PRISTIN V opened up about how they came to form their unit group and what they hope to achieve through their activities.

Nayoung, Kyulkyung, Roa, Eunwoo, and Rena held a showcase for the release of their first unit album “Like a V” on May 28 and stated, “We’re the first unit of PRISTIN, so we feel a bit of pressure but we’re also excited. We worked hard because we feel a greater sense of responsibility.” 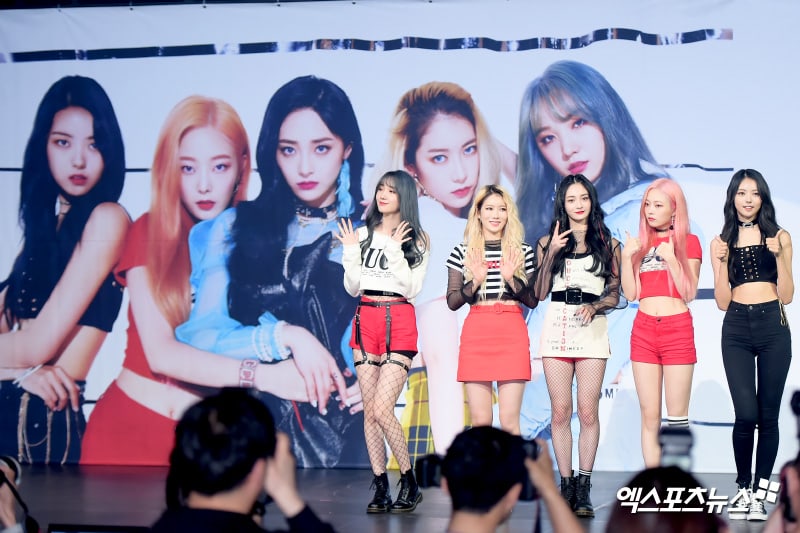 PRISTIN V explained the “V” in their unit name has two meanings, the first is that it’s the Roman numeral for the number five, and the second is that it refers to their villain concept. When asked how the five members were chosen to be in the unit group, Nayoung explained, “We heard some people saying that we were chosen because we appeared on ‘Produce 101’ but that’s not true. Yuha and Xiyeon were on the show too. I believe the five of us were chosen because we would be the best at representing the villain concept.” Rena added, “The concept requires us to be free-spirited and I think it fits all five of us really well. We didn’t have any issues embodying the concept.”

Each of the members shared that they expressed a different kind of villain. Nayoung is the good girl with an unexpected villainous side, while Eunwoo is a mischievous girl who changes into a villain while hanging out with her friends. Kyulkyung is someone who was born a villain while Rena is a one who you can’t help but love. Roa plays a mysterious villain with secrets. 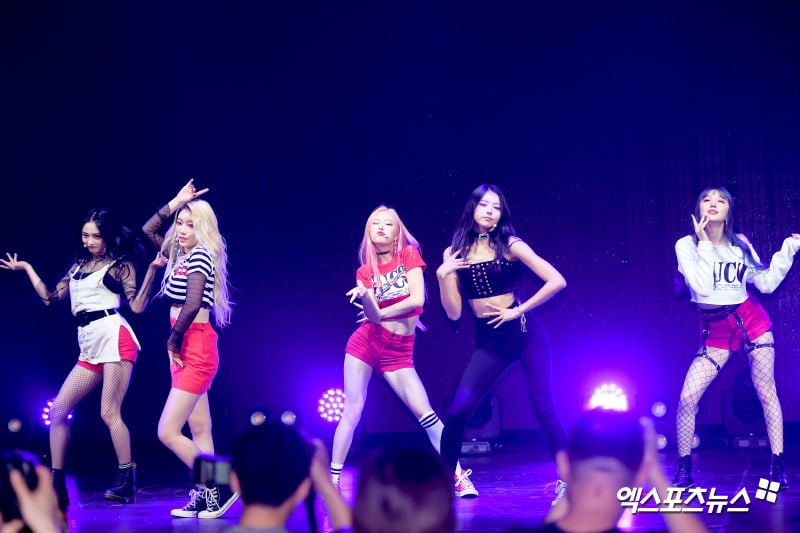 The members also talked about the goals they hope to achieve through their unit activities. Roa said, “I want to dream big. We won Rookie awards as PRISTIN last year, and I hope we’re able to win an award this year as PRISTIN V,” and Nayoung added, “We hope to get PRISTIN’s name out to the public more through our activities.”

PRISTIN V will be releasing their album “Like a V” on May 28 and are gearing up to steal listeners’ hearts with a new style of music.