Pro gamer Faker is a fanboy of Red Velvet’s Seulgi!

Faker, whose real name is Lee Sang Hyuk, appeared on the November 19 episode of “Hello Counselor” along with Kim Jo Han, Red Velvet’s Seulgi and Joy, and actor Seo Do Hyun. This was his first time appearing on a variety show, and lucky for him, he was able to star in it with his favorite idol!

The usually poker-faced gamer became a shy, shaking mess in front of Seulgi. Every time he looked her way, the corners of his lips quirked upwards into a smile. He even admitted, “I can’t hide it.”

Seulgi shared, “I greeted him off stage, and he greeted me very brightly, so I was very grateful to him.” During the live broadcast of the show, Joy had also given him pepero, and it became a hot topic online.

Kim Tae Gyun asked Faker if he was more nervous playing games or meeting Red Velvet here, and he candidly replied, “I think I feel a little more nervous when I play games.” The host couldn’t hide his disappointment as he said, “You’re a very honest kid.” 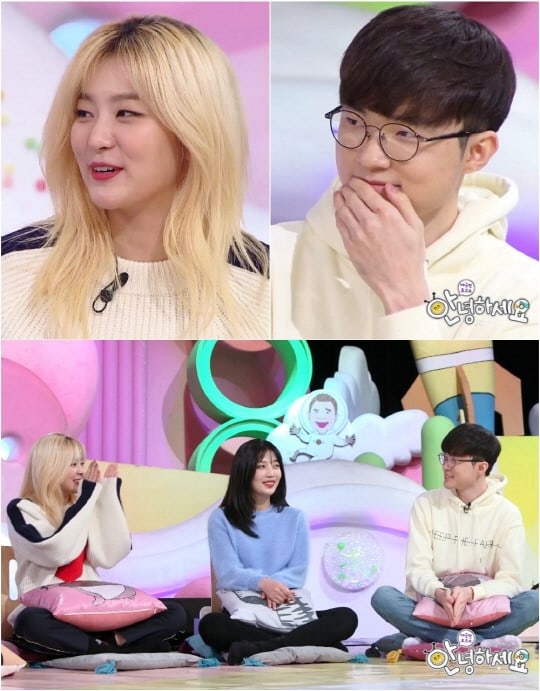