Niwa Shiori, who finished 77th place in the first season of Produce 101, revealed that some trainees who appeared on the show were given preferential treatment during the show’s first song, “Pick Me”.

In now-deleted tweet, Niwa Shiori detailed what she believed to be preferential treatment some trainees were afforded. 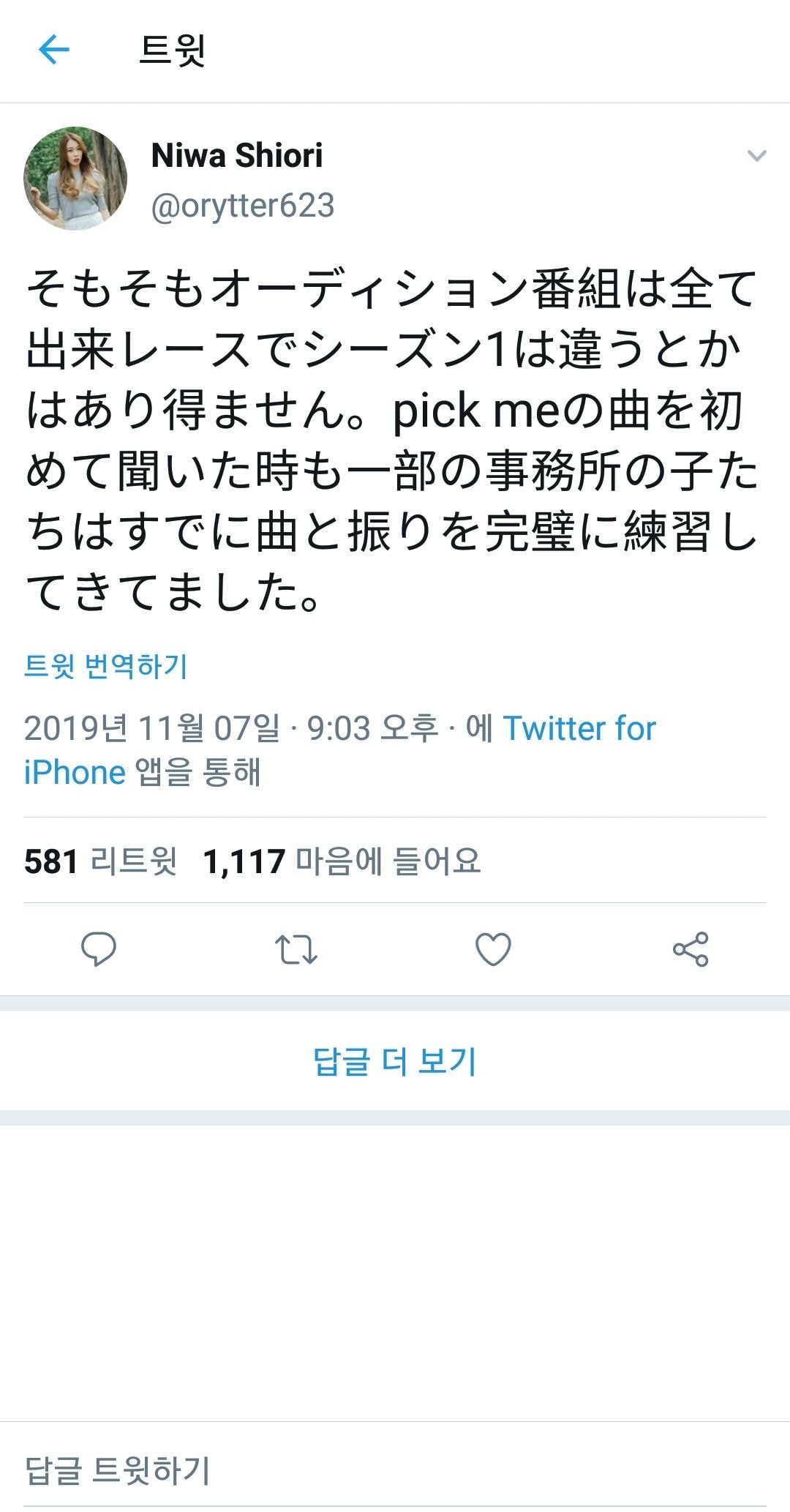 First and foremost, all audition programs are just races in the end. There is no way that [Produce 101] Season 1 is any different. When I heard “Pick Me” for the first time, some of the other trainees had already been able to perfectly practice the song and choreography.

I didn’t want to say anything, but I’ve felt so distressed since going on the show, since for many Japanese trainees like me, things are not as sure as rain, so I wanted to let you know about this.

A day after deleting the tweet, she uploaded two clarification tweets about why she deleted it.

I’m sorry if it was a mis-leading tweet with a few words. I just wanted to say that the trainees were doing what they were, without knowing anything. The producers and people in the office were doing their business. The trainees in the debut group also suffered the same way as the others. They are not the bad guys.

Even if it is just a little bit, I wanted to let the Japanese “Produce” fans that the trainees in the show were not the bad ones, so I tweeted that out. The misunderstandings seem to be severe, so I will delete the tweet… I did not make the tweet for any strange purposes. The trainees who were eliminated, and the trainees who debut, were all friends who worked hard…

Niwa Shiori joined Produce 101 Season 1 under MAJESTY Entertainment, and failed to make it past the first round of eliminations, being eliminated in 77th place.