While the majority of PRODUCE X 101 fans are celebrating the final debut lineup for the new group, X1, some netizens claim Mnet rigged the final votes.

Sh*t guys the difference between the votes are the same. What is this? Did they really manipulate the votes?

Netizens calculated the difference between some of the rankings from 1st to 11th and found that they all equaled to 29,978. 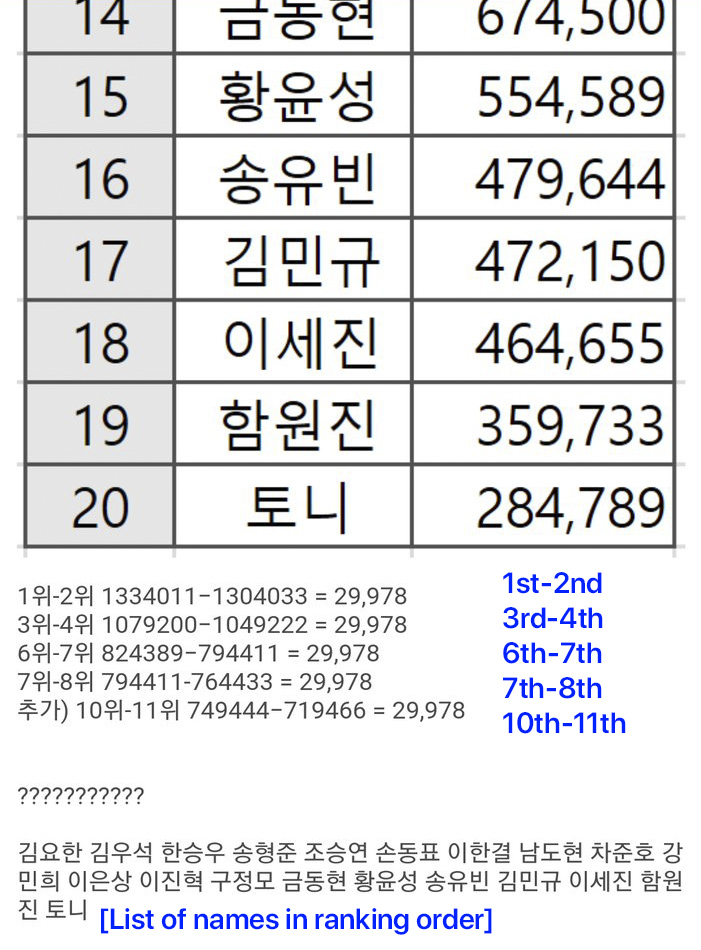 As the controversy grew, other netizens found that there were also several rankings between 1st to 19th that also equaled the same number. 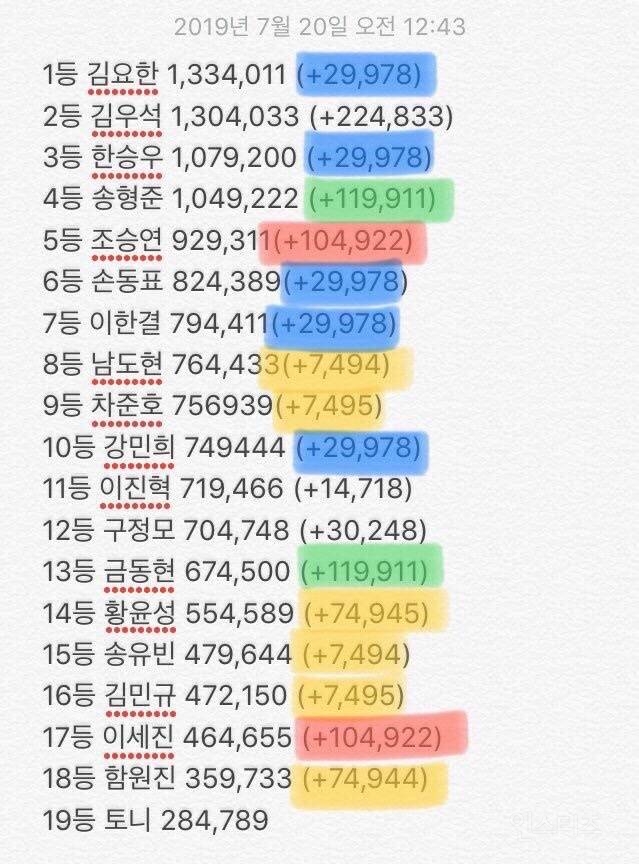 Another netizen found that the number of votes and their differences are also multiples and sums of each other. 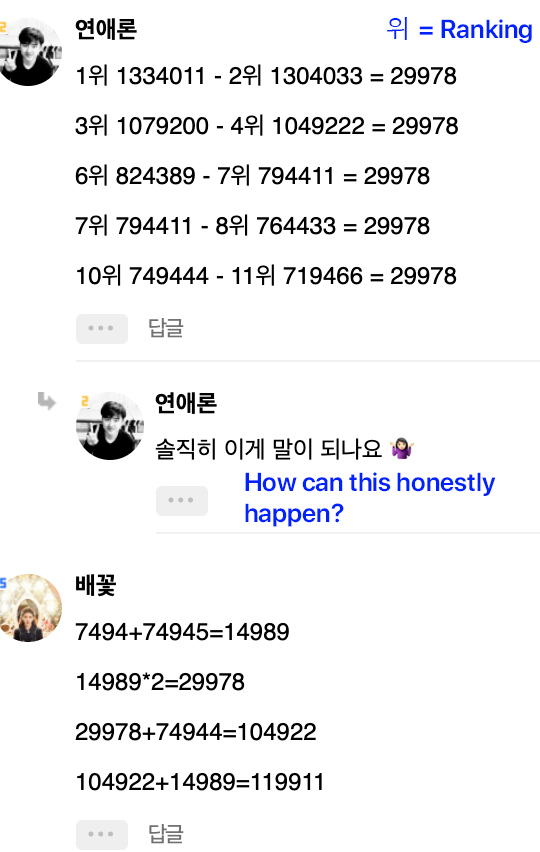 Netizens began to wonder if the mathematical similarities were simply an incredible coincidence, an error in the calculations, or manipulation of the final debut members by Mnet.

They demanded that the producers explain why the calculations had so many similarities. 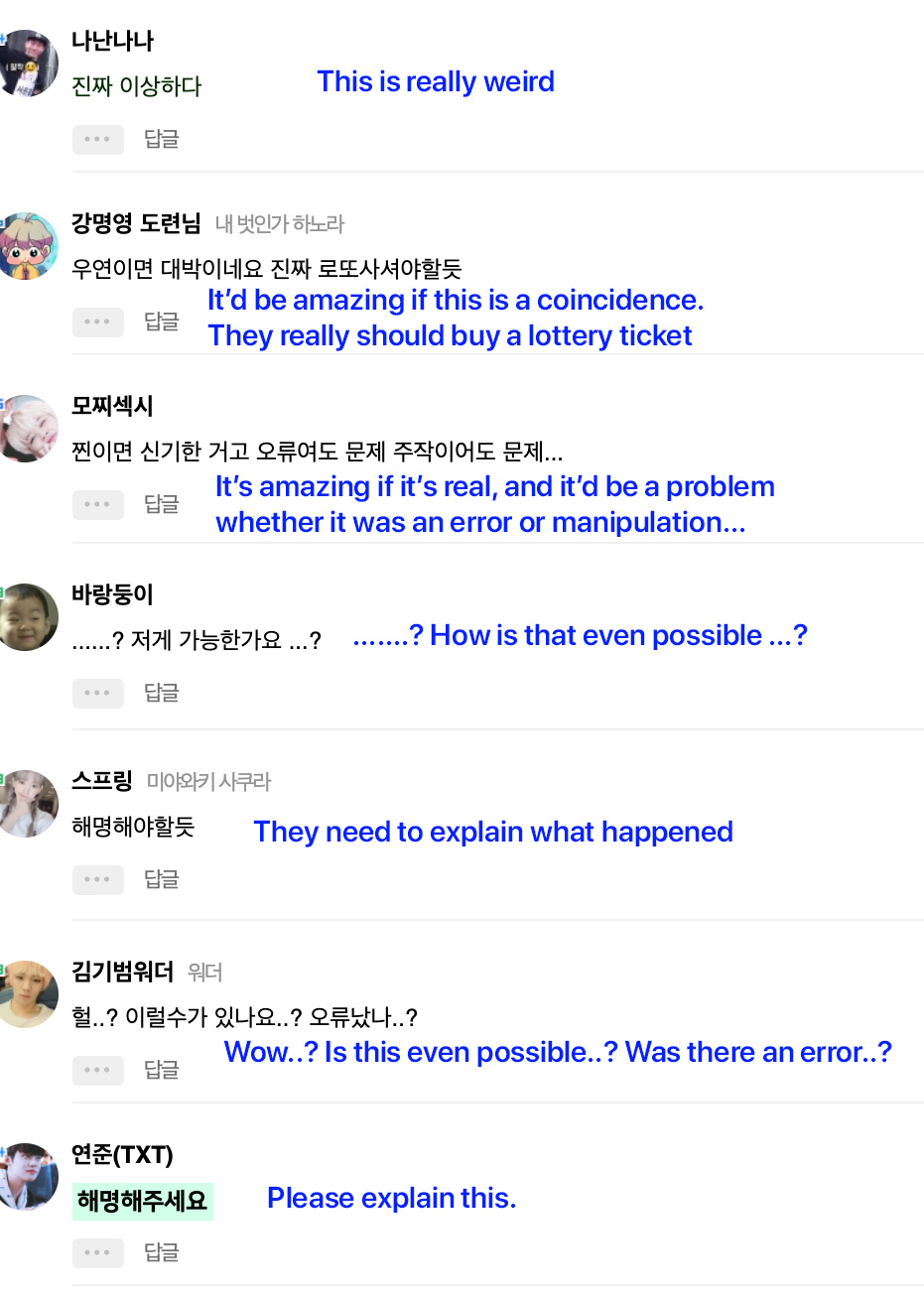 Meanwhile, the final 11 members of X1 were announced today at the final episode and they will be preparing to debut very soon.