“Radiant” Cast Talks About Time Travel, What They Learned From The Drama, And Why They Picked It

“Radiant” tells the story of a woman who loses all the time she’s been given before she can use it all (Kim Hye Ja, Han Ji Min) and a young man who throws away the brightest days of his life by living a listless life (Nam Joo Hyuk).

This is Kim Hye Ja’s first drama in three years. She said, “The reason I didn’t do dramas for three years was because there weren’t any projects that interested me. This drama is something I’ve never tried before in my life. It is different from other dramas. That excited me.”

She continued, “I don’t think that there have been many stories where a 25-year-old suddenly turns into someone in her 70s. I had to think about how to express that kind of situation. If the director hadn’t helped me, I wouldn’t have been able to do it. He told me I could trust him.”

The veteran actress also shared that she learned many new things through the project. “I didn’t know there was such a thing as Internet broadcasts,” she said. “When we did that, there were a lot of outtakes and I would get flustered looking at the comments. I wondered how everyone could use shortened language and new vocabulary like this. It felt like speech was disappearing altogether. Now I look at new vocabulary and understand it, but I think this was the first time I’d had so many outtakes in a drama.” 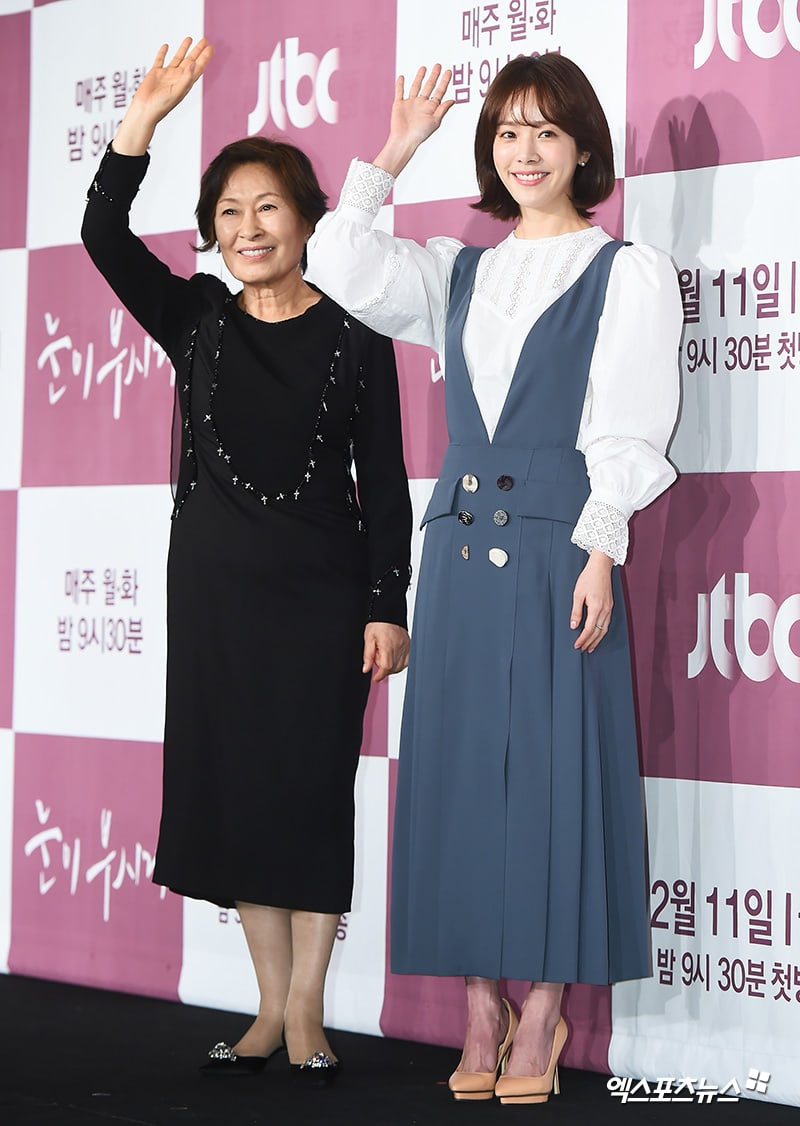 Han Ji Min shared that she picked the drama because of the prospect of working with Kim Hye Ja. “The character in the script was interesting, but it was an honor just to be able to play Kim Hye Ja’s younger self,” she said. “It was like a dream to be able to share the same name and character as her. I have been watching her onscreen since I was young. I observed her to see her habits and gestures and talked to the director about how I should copy her. I would even visit her when we didn’t have any filming to do in order to maintain our synchronicity.”

Nam Joo Hyuk, for whom this is his first drama in two years, said, “I didn’t know it would be two years. But I’m always excited and nervous when I’m on set. Whenever I’m acting, I’m happy. Han Ji Min treated me well so I was able to film in a comfortable atmosphere.”

Kim Ga Eun, who plays the character Kim Hye Ja’s friend, said, “I was so nervous just to hear that I would be acting with Kim Hye Ja. Because our characters are friends, I had to call her by name casually. I had to practice that of all my lines the most. But she was very kind, so it was comfortable.”

Kim Hye Ja then complimented her juniors, saying, “They’re all beautiful and handsome actors. Nam Joo Hyuk is only 26 years old, but he’s a very sincere actor and I’m curious what kind of actor he’ll become in the future. As for Son Ho Jun [who plays her character’s older brother], I don’t have an older brother so I’ve never said things like ‘oppa,’ but when I called him that I could understand why that word was so sweet. Son Ho Jun seems like he’s playing around but is actually a very sensitive person who is not careless about what people say to him. I was embarrassed to call myself Kim Ga Eun’s friend because she’s such a fresh and youthful person.” 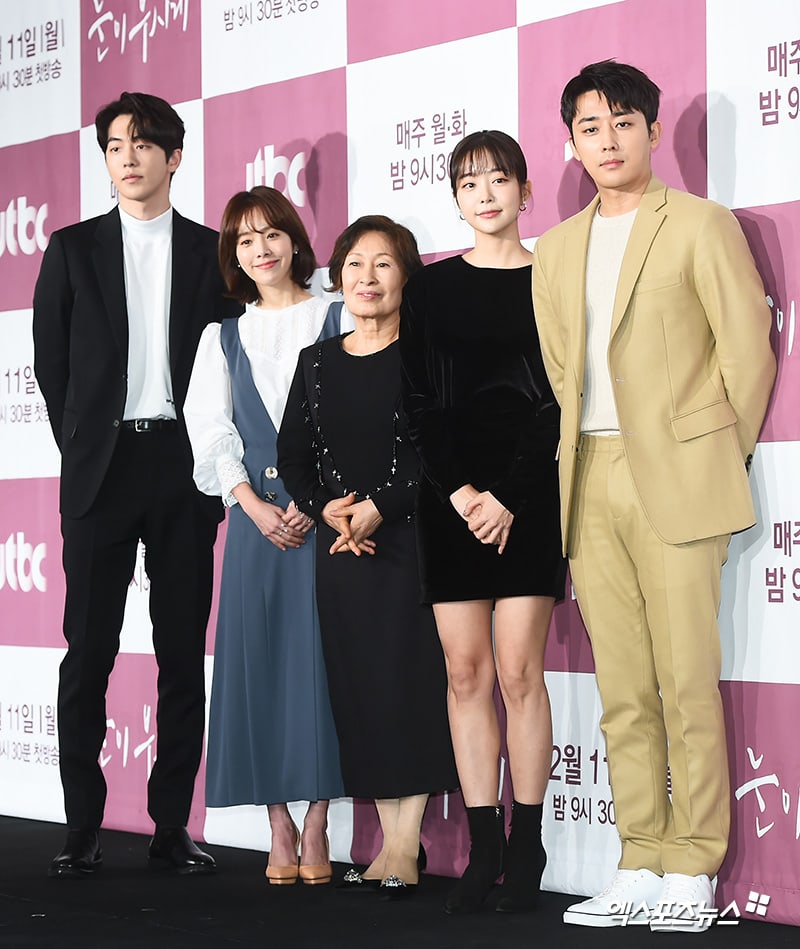 “Radiant” premieres on February 11 at 9:30 p.m. KST and will be available on Viki. Check out the trailer below!