The identity of Swan on MBC’s “The King of Mask Singer” has been revealed to be the rapper of a talented girl group who returned to her roots as a vocalist.

The episode of “The King of Mask Singer” that aired on November 25 followed a new batch of contestants as they battled it out to be crowned the 90th king. The last battle of the first round was between Eagle and Swan, and the two performed Toy’s “Good Person.”

The results were in and Eagle advanced to the next round with a vote of 67 to 32. Swan performed Zion.T’s “The Song” and took off her mask to reveal that it was none other than MAMAMOO’s rapper Moonbyul. 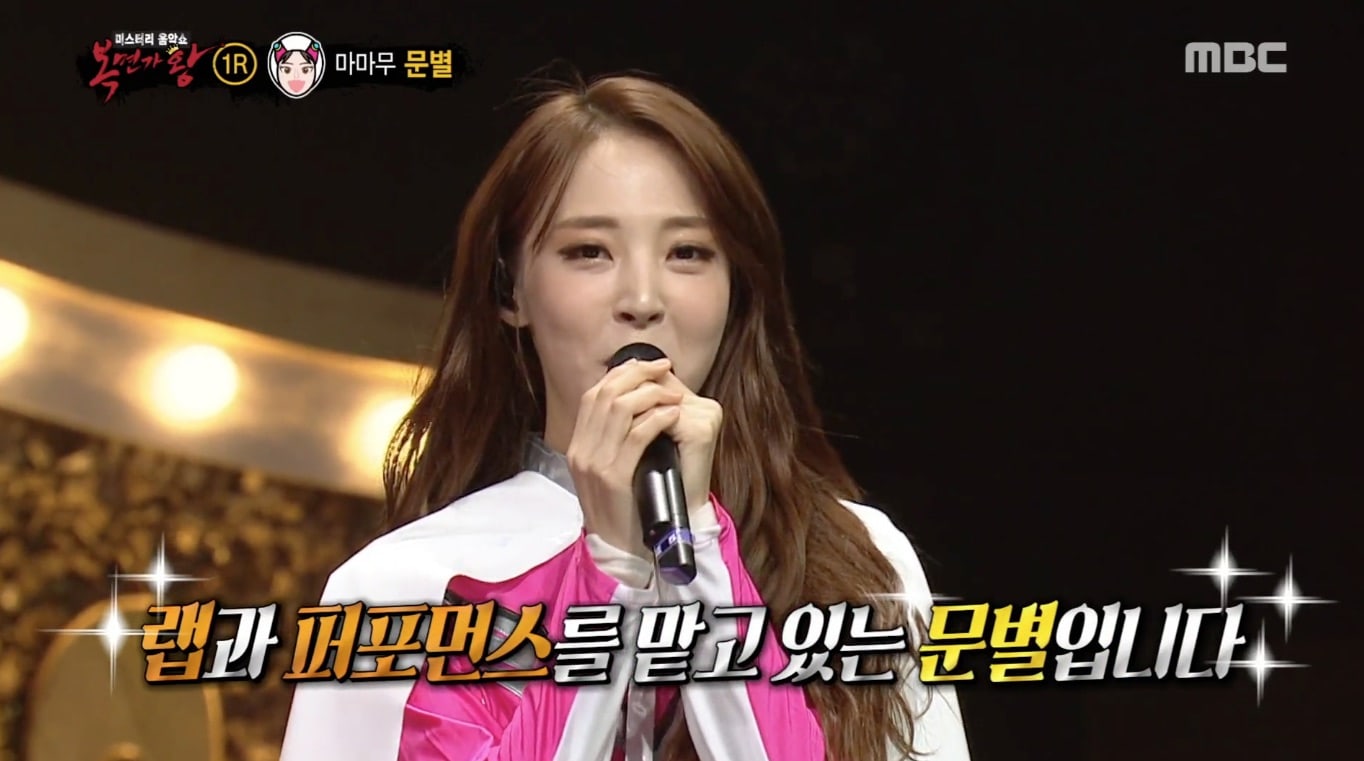 Moonbyul is the last MAMAMOO member to appear on the show and when asked if the other members had any advice for her, she said, “They told me I should just let everything go before I get on stage.”

She continued to say, “I was even more nervous because I worried that I might hurt our group’s reputation of having talented vocalists,” and “I was actually training as a vocalist seven or eight years ago. But since coming to our agency, I’ve been in charge of rapping. I had mixed feelings about it at first, but now I write my own lyrics and I find rapping fun.”

MAMAMOO’s official Twitter account shared a photo of Moonbyul after the performance and wrote, “Swan as arrived at ‘The King of Mask Singer.’ Did you all figure out that it was her? Though she was nervous, Moonbyul rocked the stage. Please continue to give her your support.”

Check out Moonbyul’s performance and reveal below!