Ravi Talks About Promoting As VIXX, VIXX LR, And As A Solo Artist

VIXX’s rapper Ravi recently sat down with @star1 for a pictorial interview.

With the concept of “La Vida Loca” (the crazy life), Ravi showed off his amazing height and captured the hearts of the female staff members. 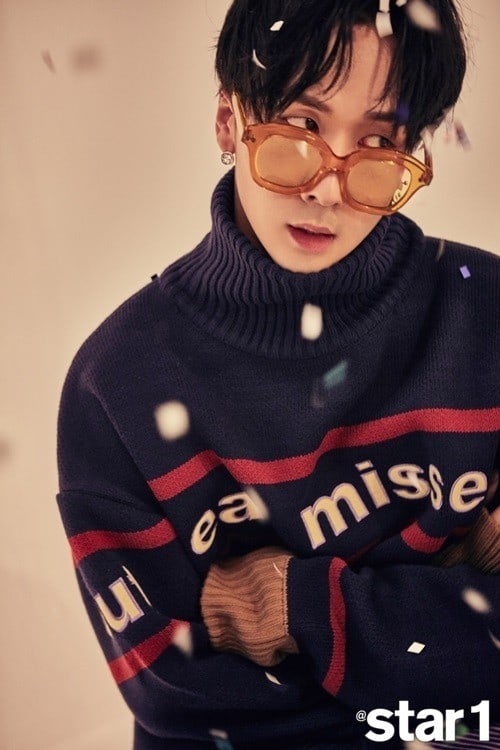 Ravi explained about his producing crew GROOVL1N, saying, “I wanted to create music with a more wide-ranging spectrum. I started this wishing I could make [music] more efficiently. Including me, there are three producers and two DJs. Depending on the song requests, there is joint and individual work. The producers share conversations and create songs beforehand as well.”

Ravi also talked about promoting as a VIXX member, a VIXX LR member, and as a solo artist. Ravi said, “As a solo artist, I stand out a bit too much to be in the VIXX frame. I play VIXX’s Ravi and VIXX LR’s Ravi as if I’m role-playing a character. I’m a bit more sound as a solo artist. I don’t pay attention to the diverse interests, but I create music and stages that could express and show myself.”

Ravi revealed his goal for 2018, which is to make music that gives him a sense of accomplishment and to create better performances. He said, “Whether I’m VIXX’s Ravi or solo artist Ravi, I want to continuously make good results and produce music that many people will love and be positively influenced by.”