RBW, a South Korean entertainment company, and AVEX, a Japanese management company currently have trainees participating in a Chinese audition show. They are both under fire for two different reasons.

AVEX is being criticized by Chinese citizens, particularly on Weibo, since the company referred to Taiwan as an independent country. Currently, the AVEX has trainees competing in the Chinese audition show, Produce Camp 2021 (also known as CHUANG 2021), which is similar to Produce 101.

RBW, the label known for MAMAMOO, ONEUS, and ONEWE, also has a trainee participating in the program. RBW released a statement on their social media in regards to the controversy. It stated that RBW adheres to the One-China Principle, which means that country states, such as Taiwan, are not recognized as a country but instead are under China. 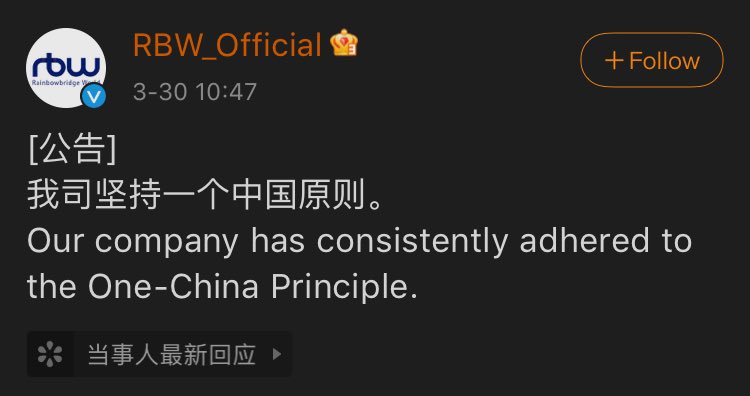 Netizens believe that the companies are utilizing political issues to garner publicity for the show.