5 Reasons To Watch “Queen For 7 Days”

KBS’s latest historical drama, “Queen for 7 Days,” is off to a dramatic start, filled with plenty of political and family drama. While it’s exciting to see Park Min Young in another period drama, the rest of the cast has also been enjoyable to watch, displaying skilled acting. There have also been several twists and hints at even more to come.

If you haven’t been watching “Queen for 7 Days” already, here a just a few reasons to check out this intriguing drama.

I use the term “child” loosely, because even though Baek Seung Hwan and Park Si Eun play the younger versions of two of the main characters, Baek Seung Hwan was actually born in 1998. Both actors did an amazing job, and while many viewers may wait impatiently during all those early “background” episodes in most period dramas, these two actors almost left too soon.

Seven years ago, Park Min Young spent almost the entirety of the drama “Sungkyunhwan Scandal” disguised as a man. It’s now one of the most famous “gender bender” Korean dramas, and she brings back her skills in this role over to “Queen for 7 Days.” Not only does she slip around dressed a man, she even gets caught in a few awkward positions…

Okay, was the all caps necessary? Um… yes! How many historical dramas have we seen where the main couple is being chased in the woods and then attacked, while the woman stands aside as her man gets knocked down? Too often. But not Chaekyung. She may have virtually no skill as a fighter, but she doesn’t hesitate to grab a dropped sword and step in to help Lee Yeok. 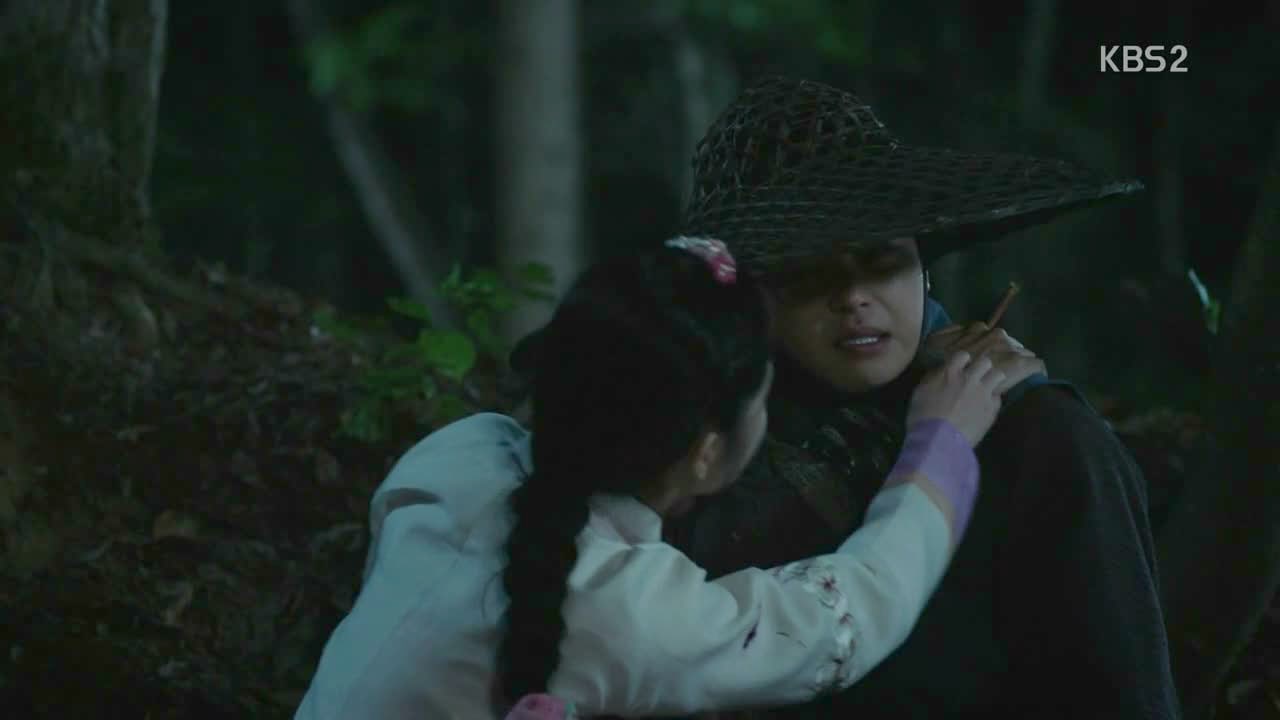 Parents in historical dramas tend to go one of two ways: loving and tragically wind up dead, or conniving and still tragically wind up dead. Chaekyung is blessed with a nanny and parents who are loving, humorous, and pretty skilled at navigating politics. Despite having a daughter who can’t go an episode without finding herself in trouble, her political father is still breathing and respected by the court. Hopefully it stays that way. Also, her nanny excels at comic-relief. 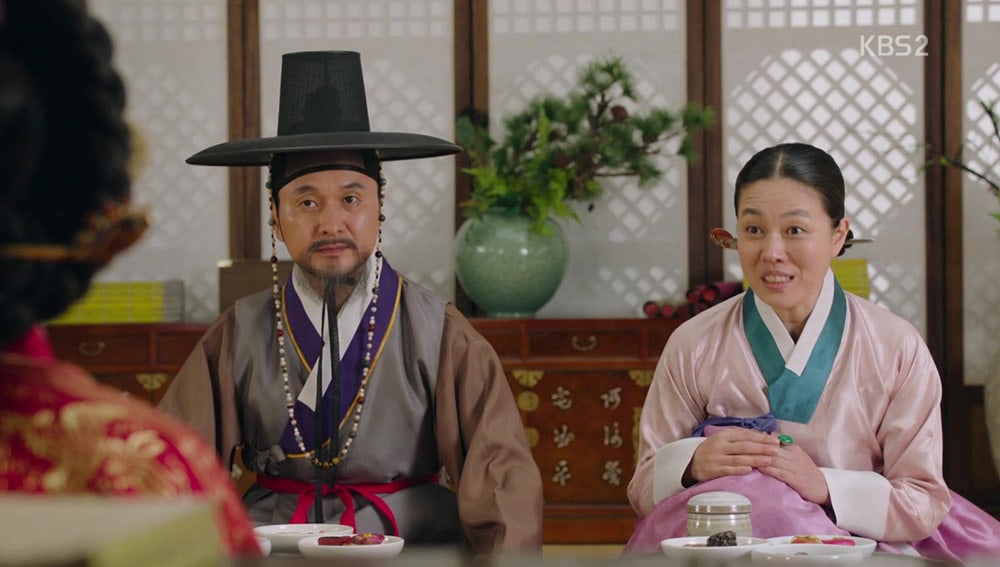 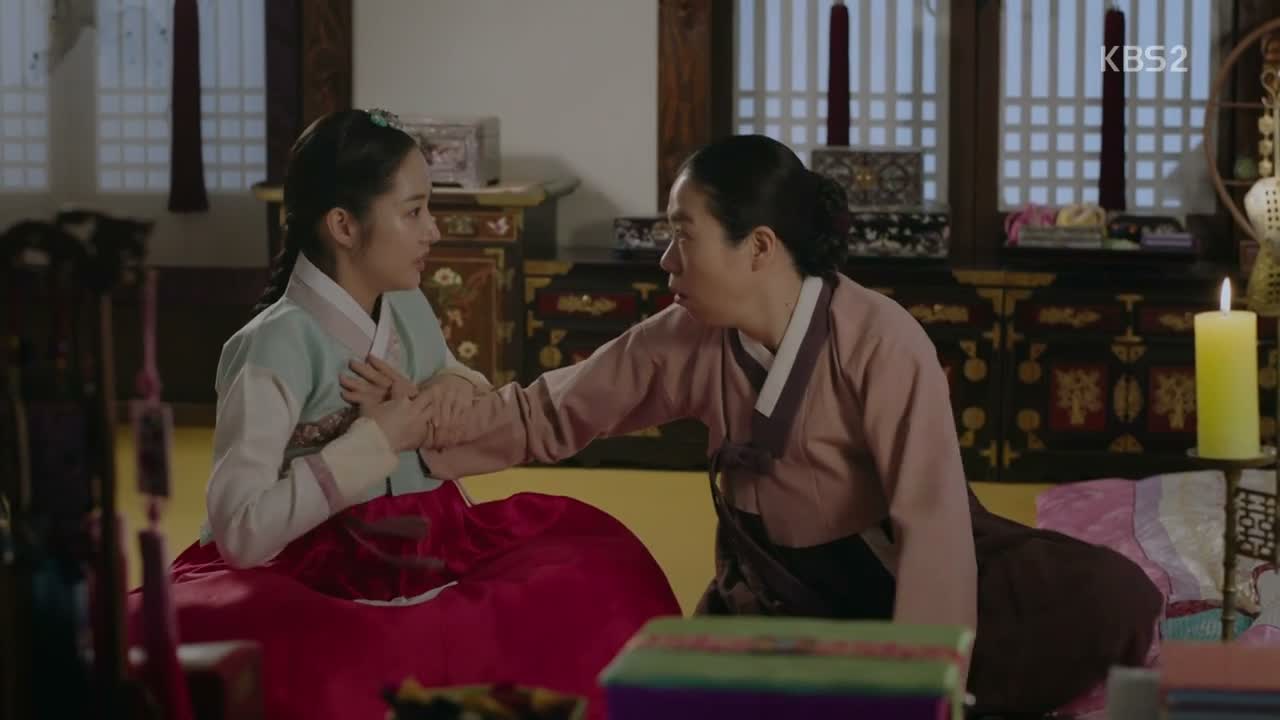 5. A tale of two brothers with issues

While the love-triangle occurring in “Queen for 7 Days” is interesting and the romance is moving along nicely, the real ‘star’ relationship in this drama is between Lee Yeok and Lee Yoong. Lee Yoong is the current king and the elder of the brothers, digging his nails into his throne with every bit of will he can muster in the face of all the snakes in the palace. Lee Yeok is the younger brother who idolized the king until court politics drove a wedge between them. So goes the story of most royal brothers in this drama, but the impressive part is the strength of the tension between them.

Lee Dong Gun has done a fantastic job of keeping every interaction with his brother, whether it was the younger actor or main actor, perfectly tense as he struggles between protecting Lee Yeok and keeping him from threatening his throne. Lee Yeok now works to take his brother’s throne after believing himself to be betrayed. Every time they’re in a room together, it’s a nail-biting experience.

There are still weeks left for “Queen for 7 Days,” but plenty has already happened. Just when it feels like the drama is heading in one direction, secrets are revealed and the story swerves to the other lane. If you’re looking for a drama where minor arcs wrap up in an episode or two, keeping the action and political plotting rolling, I definitely recommend this one.

If you’re already watching “Queen for 7 Days,” what are some of your favorite parts thus far? Why would you recommend it to someone who hasn’t already started watching? Let us know in the comments below!

“Queen for 7 Days” airs every Wednesday and Thursday. Watch it on Viki!

heytoto currently teaches ELL in Seoul, South Korea and can usually be found sipping a latte while struggling to find time to keep up with all her current dramas.