Red Velvet will soon be embarking on their first solo tour of the United States!

On November 3, SM Entertainment announced that Red Velvet would be taking their “REDMARE” solo concert to the United States next year. After the group wraps up their first arena tour of Japan in January 2019, they will head to the United States to perform in a total of five different cities. 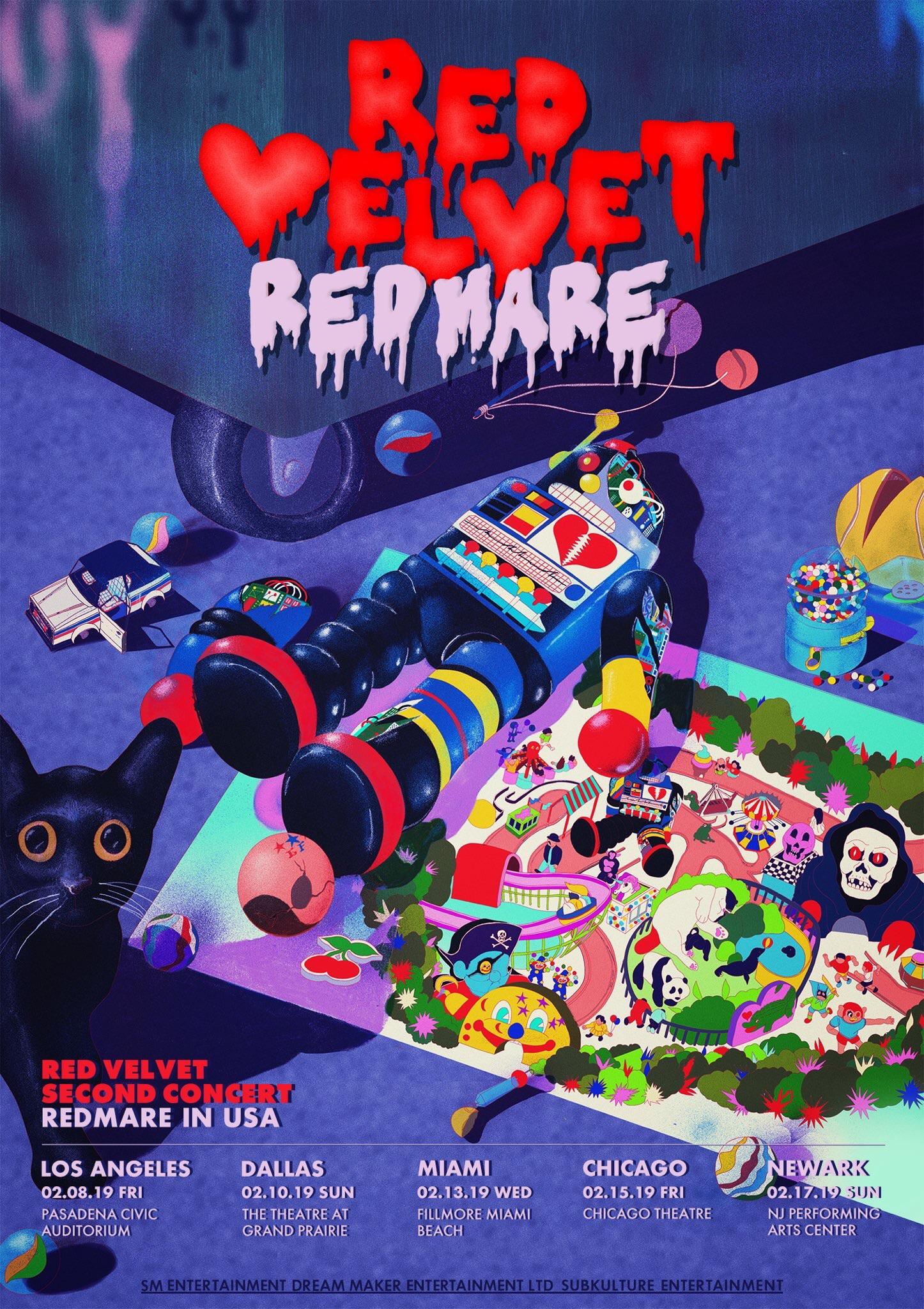 Red Velvet began their “REDMARE” tour in Seoul earlier this year and have since gone on to perform in Bangkok, Taipei, and Singapore.