Red Velvet‘s Irene is known for her innocent and doll-like visuals. 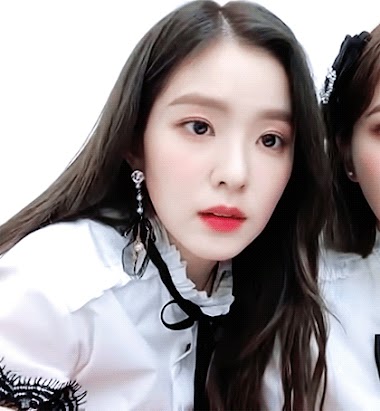 However, as Red Velvet’s leader, she can be quite serious and intimidating when she needs to be. Here are four times her mere presence left others backpedaling. 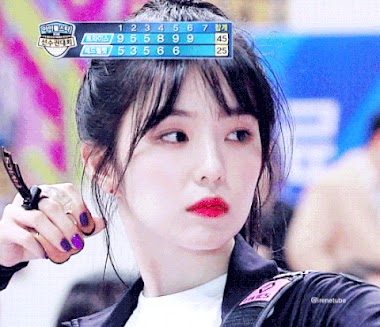 Irene tells Doni about the meaning of “Peekaboo” in Korean. 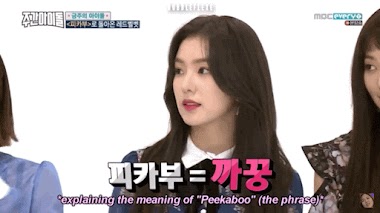 He asks from what language is the word derived, and she explains how it is taken from English but means the same thing in Korean. 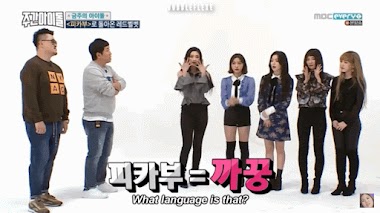 It seems Doni asks for the meaning again… 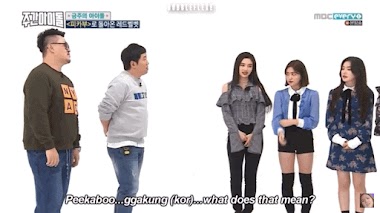 “Peekaboo.” Irene shoots him a serious look as the captioners jokingly add “I just told you.” He laughs. 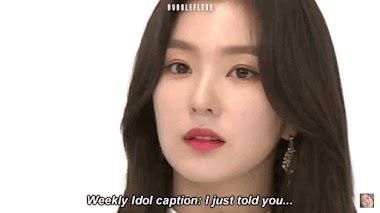 They reassure Irene he was asking the meaning of “Peekaboo” as a song, and not as a word. Doni hysterically gets nervous and even asks if she’s mad at him. 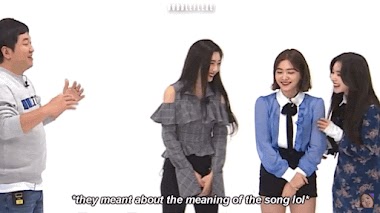 2. A single glare is all it takes on “Knowing Bros.”

Kang Hodong jokes about Irene’s family vacation, mocking that the highlight would be not returning a bike. 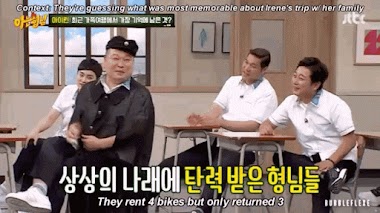 Hodong’s laughter immediately dissipates when he turns around to see Irene’s stoic reaction. 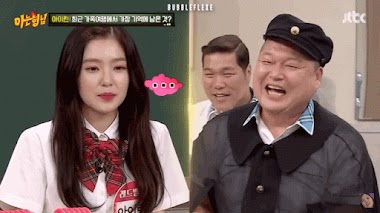 He suddenly apologizes to her, completely unprovoked. The power of Irene’s glare can make anyone falter. 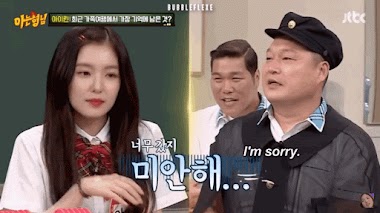 3. Her invisible force field on the red carpet.

Posing on the red carpet together at 2017 Gayo Daechukje, BTS Jin and Exo Chanyeol accompany her sides. 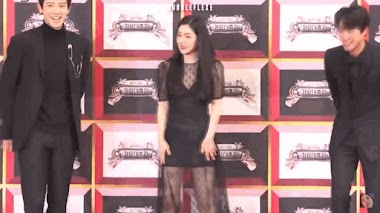 The trio is standing too far apart for the cameras, so they’re asked to move in closer. 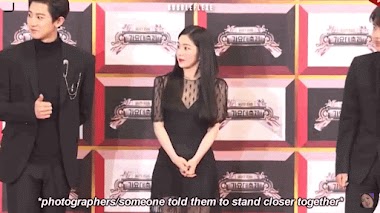 The looks the two guys shoot each other is priceless as they move in, albeit awkwardly. 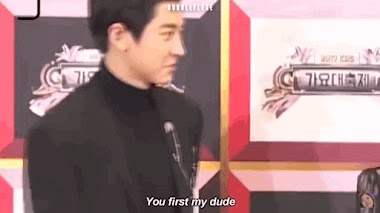 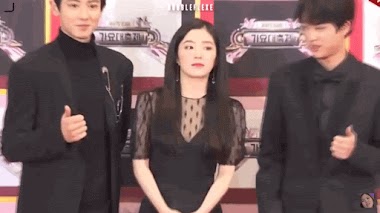 Irene shows her strength as she jumps rope in acupressure slippers, which is normally difficult for some people to just stand in. 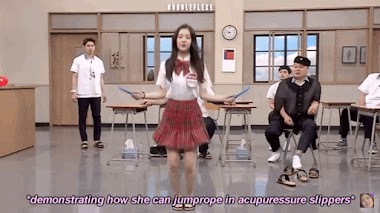 She says the jump rope hit her which has caused her some slight pain. 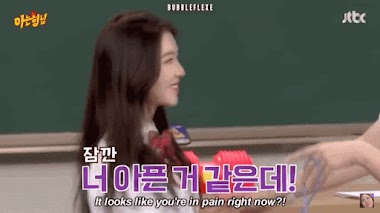 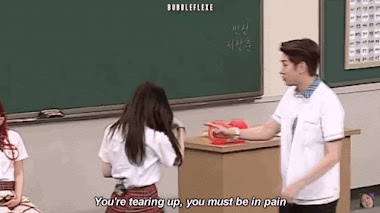 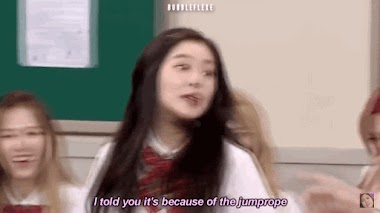 Heechul apologizes suddenly, turning away from her wrath. 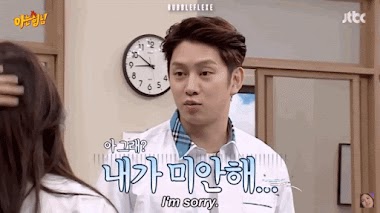